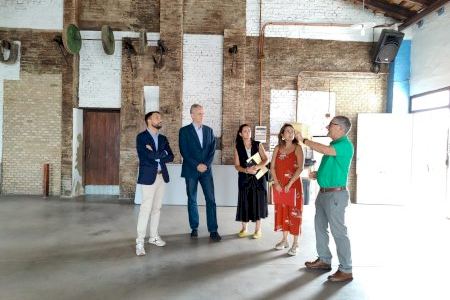 It will analyze female holiness in these centuries, the writing of Isabel de Villena and other mystics, as well as female devotion expressed through art

The opening speech. by the professor Rafael Alemany It will be a novel contribution, in terms of the comparison between two religious writers: Isabel de Villena, to whom the IVEMIR-UCV Research Institute is dedicated, and Teresa de Cartagena

(UCV).- The “Institut Isabel de Villena d’Estudis Medievals i Renaixentistes” (IVEMIR-UCV) and the Office for the Transfer of Research Results (OTRI) of the Catholic University of Valencia (UCV) celebrate from October 5 to 7 the International online symposium ‘Protagonists and authors in the late medieval European spirituality’. This meeting of experts focuses on the study of the writers, often unknown, and the female protagonists of the texts on spiritual themes written between the 13th and 17th centuries.

The organizer of the symposium and director of IVEMIR-UCV, Anna Peirats, explains that the late medieval period “marks a change in the type of spirituality that existed since the 11th century and, above all, after the influence exerted by Franciscanism from the 13th century”. “Although throughout Europe it was common to resort to meditation manuals in Latin, as is the case of the Meditationes Vitae Christi or the Arbor vitae crucifixae Iesu by Ubertino de Casale, with the change in mentality experienced from the fourteenth century onwards, it is also explained the origin of Modern Devotioa new spiritual current that emerged in the Netherlands, which marked a turning point in terms of the proliferation of images, devotional literature and preaching”.

The opening speech will be in charge of the professor Rafael Alemany, from the University of Alicante, one of the leading current specialists in the study of the works of the Valencian classics and, in general, in Europe. On this occasion, the presentation will be a novel contribution, in terms of the comparison between two religious writers: Isabel de Villena, to whom the IVEMIR-UCV Research Institute is dedicated, and Teresa de Cartagena.

Among the specialists participants In the symposium it is worth highlighting experts from European universities, Regarding approaches to the figure of women: Erica Baricia professor at the University of Milan, will reflect on language, humor and the female figure in the epithalamium Shir naeh; Alessandra Bartolomei Romagnoli (Pontifical Gregorian University of Rome) and specialist in hagiography, will speak on the image of Christ in the visions of medieval mystics; Simone Saree (currently a researcher at the University of Barcelona) will deliver a conference on the cult of the Sisters of Mary in the fifteenth century between Paris and Valencia. will also participate in the symposium Luca Pieroni (Antonianum Pontifical University, Rome), on the female figure in the sermons of san Giacomo della Marca and Alfonso Marino (Sapienza Università di Roma), on the Poor Clares between the fifteenth and sixteenth centuries, specifically, on the figure of Valeria Campanazzi.

Similarly, and at the national levelthe presentation of Gines Marco, dean of the Faculty of Philosophy, Letters and Humanities (UCV) will focus on the study of the mystical context of the time from a philosophical perspective. On the training and daily life of women in relation to worship and devotion will be pronounced Marco Antony Colonel (University of Valencia), Carmel Ferragud (Institut Interuniversitari López Piñero, University of Valencia) on the relationship between women in medieval hospitals and the spiritual health of the soul.

In the field of art, David Sanchez (Universidad Católica de Ávila) will address the study of the pious and artistic dispositions of the women of the Castilian nobility, as is the case of María de Herrera, founder of the Hospital de la Anunciación de Ávila; Francesc Granella researcher at IVEMIR-UCV, will provide an innovative study on the figure of Violant d’Hongria in the icon of the Virgen de la Seo in Valencia, and Ruben Gregorialso a researcher at IVEMIR-UCV, will analyze the scene of the first appearance of Christ through art before the captives of limbo and the Virgin Mary.

Similarly, and in the field of female devotion and worship Noteworthy are the presentations by Jose Antonio Calvo, vice-rector for research at the Catholic University of Ávila, on the spiritual work of María de Jesús, a Discalced Carmelite nun from the 16th century. Likewise, Maria Angels Herrero (University of Alicante), will study the relationship between spiritual confessions in the construction of the reputation of female sainthood in the 17th century; Jacob Mompo (IVEMIR-UCV) will analyze, in this sense, the samples of feminine religiosity in the procedural documents.

For its part, Miguel Navarrodeputy director of IVEMIR-UCV, of the Faculty of Theology (UCV), will speak on the relationship between Patriarch Juan de Ribera and the pious, while Josep Lluis Martos (University of Alicante) will focus his presentation on the prayers or poetic glosses referring to the Virgin in the Manuscript of the Natzaré or Nazarene of the Historical Library of the University of Valencia.

The director of IVEMIR-UCV, Anna Peirats, will analyze the aesthetic beauty of the allegory, as an example of innovative rhetoric regarding previous vitae at European level, in Isabel de Villena’s Vita Christi, centered on the figure of the Virgin Mary. The same way, Carme Arronis (University of Alicante) will analyze the literary testimonies of the cult of the Virgin in the first Modernity; and on the relevance of the biography of Isabel de Villena and its survival through the centuries, the professor will pronounce Vicent Josep Escartifrom the University of Valencia.

The scientific and technical research and dissemination center IVEMIR-UCV focuses its activity on studies of spiritual-themed texts. Examples of these texts are the vitae christi, the manuals of dying well, the books of hours, the prayer books, sermons and lectionaries of the time, as well as the confession manuals, treatises or lives of saints, from which it is established an interdisciplinary study through different approaches, such as theology, history, art, language, culture and society from the 13th to 17th centuries in Europe and in the context of the Romance languages.

This Symposium is sponsored by the Ministry of Innovation, Universities, Science and Digital Society. The Holy Cathedral Church of Valencia and the Spanish Institute of Ecclesiastical History (Spanish National Church in Rome) collaborate in its organization.

The most outstanding authors of late medieval European spirituality, under study at the UCV