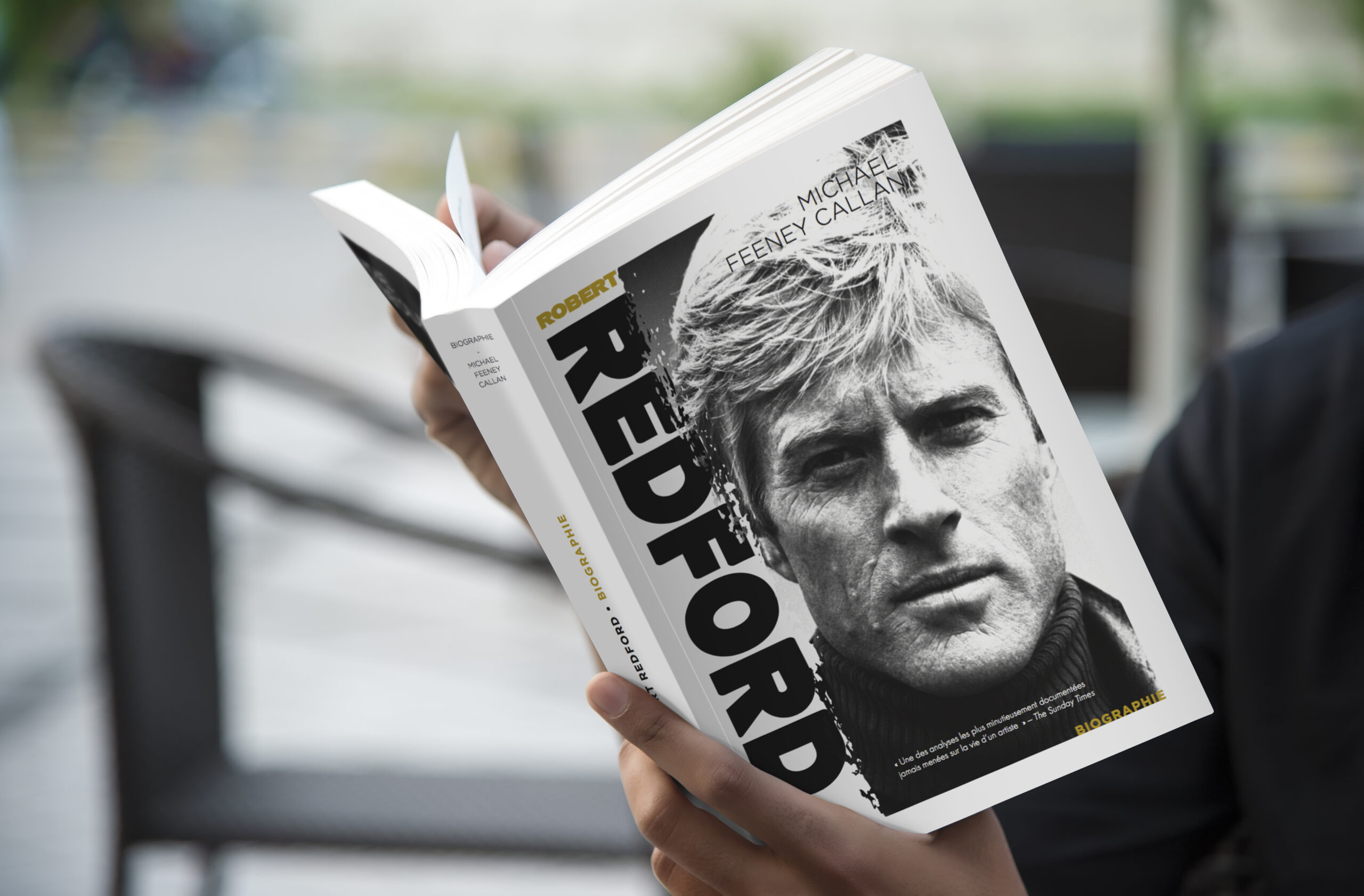 On September 7, Michael Feeney Callan obtained at the Deauville Festival the Lucien Barrière Literary Prize which crowns his fascinating biography of Robert Redford, published in 2011, but translated into French only this year and published on May 17 by Editions The trace. Robert Redford: biography, this 750-page book is the reference work on one of the emblematic actors of American cinema. A complex man whose films we know, but little personality. We had the chance to speak with Michael Feeney Callan by telephone. The man does not hide his joy and his pride in obtaining this prize which rewards his work of nearly seventeen years which enabled him to win the trust and friendship of Robert Redford.

Le Bleu Du Miroir: What triggered you to write about Robert Redford?

Michael Feeney Callan : Robert Redford seemed to me to be an actor who, through his choice of films, wanted to express the different aspects, the different representations of what it means to be an American. For example, he was a trapper in Jeremiah Johnsonan athlete in The Infernal Descenta politician in Vote McKay, a journalist in The President’s Men, and originally I wanted to meet him to find out if through all these aspects he was trying to define what it is to be an American. Also, when I met him in 1995, I discovered a man who was shy and didn’t like to talk about his life or his work. We had a lot in common. As a child, I had started to read Balzac and this author wrote about the different aspects of the human condition. And I asked Robert Redford if he had tried to do like Balzac. And he told me that was exactly that and we concluded that all these different stories were one big story. And that Robert Redford was like Balzac and his films were a sort of encyclopedia of what an American is.

You have established a unique bond with this man. To establish such trust, it must have been a long-term job? Or did it happen from the start?

I first met him in 1995, and he came to my house in Dublin, Ireland in 1996. He met my wife, my children and we became friends. I met his son in Santa Monica, Los Angeles, we developed a real friendship and we hoped to write the book in five years and finally it took seventeen.

How could you define for new generations or those who don’t know him who Robert Redford is as an artist and as a human being?

I believe that if anyone wants to understand, not just American cinema or cinema, but the different political, social, cultural aspects of American history, the different aspects of this country divided between the Trump supporters of a side and the progressives on the other, this country that was stolen from the Indians, this country or a party was corrupted by someone like Nixon, you have to see films like Willie Boy, The Ruthless Pursuit… He also made films with a strong spiritual connotation like The Legend of Bagger Vance which is inspired by the Bhagavad-Gita. When you see Robert Redford’s filmography it’s an encyclopedia of the American man from the 1950s to the 2020s.

Was he aware of this consistency? To tell this story through this filmography?

Yes, like Balzac with The Human Comedy. Every time this writer was working on a book like Eugenie Grandet Where Goriot, he wrote about France and his time. Robert Redford when he agrees to do Jeremiah Johnson Where Brubaker he does the same thing. Show and explain chapters of American history for the past seventy years.

Robert Redford was a very instinctive actor. What was his view on other ways of playing? How did he consider actors, actresses who had a more cerebral game?

He was not a Method actor. He didn’t like Stella Adler’s point of view. He didn’t like that way of playing, like Marlon Brando or Montgomery Clift. He appreciated the academic way, the one that trained artists like Grace Kelly or Kirk Douglas. But to fully understand the game of Robert Redford, we must rely on what the writer Robert M said; Pirsig, the author of A Treatise on Zen and Motorcycle Maintenance. He was a friend of Bob, and he wrote in a book called Lila, that Robert Redford, as an actor, if you look at him, he’s like a native American Indian, who expresses little with his face. . Almost like a statue. And if you look closely at Robert Redford, even in his greatest films, like Our best years Where Havana, Where Out of Africa, he’s really expressionless in appearance, but he plays in a way that makes you think of a native Indian. He is more of a primitive man than a modern American.

As a director of actors, what were his criteria for choosing his actors?

He always went to actors, actresses he had seen play, whom he found good. Few people know that his favorite actor was a now well-forgotten actor: Franklin Pangborn. He was an actor we saw a lot in the 1940s. Robert Redford really liked him a lot. He was very fond of Cary Grant. Her favorite actress was Greer Garson. For Quiz show, he absolutely wanted the British theater actor Paul Scofield. He thought Jane Fonda was an extraordinary actress. Sometimes he made mistakes, he thought that was the case with Tom Cruise in lions and lambs. He thought it was a casting mistake to cast him. 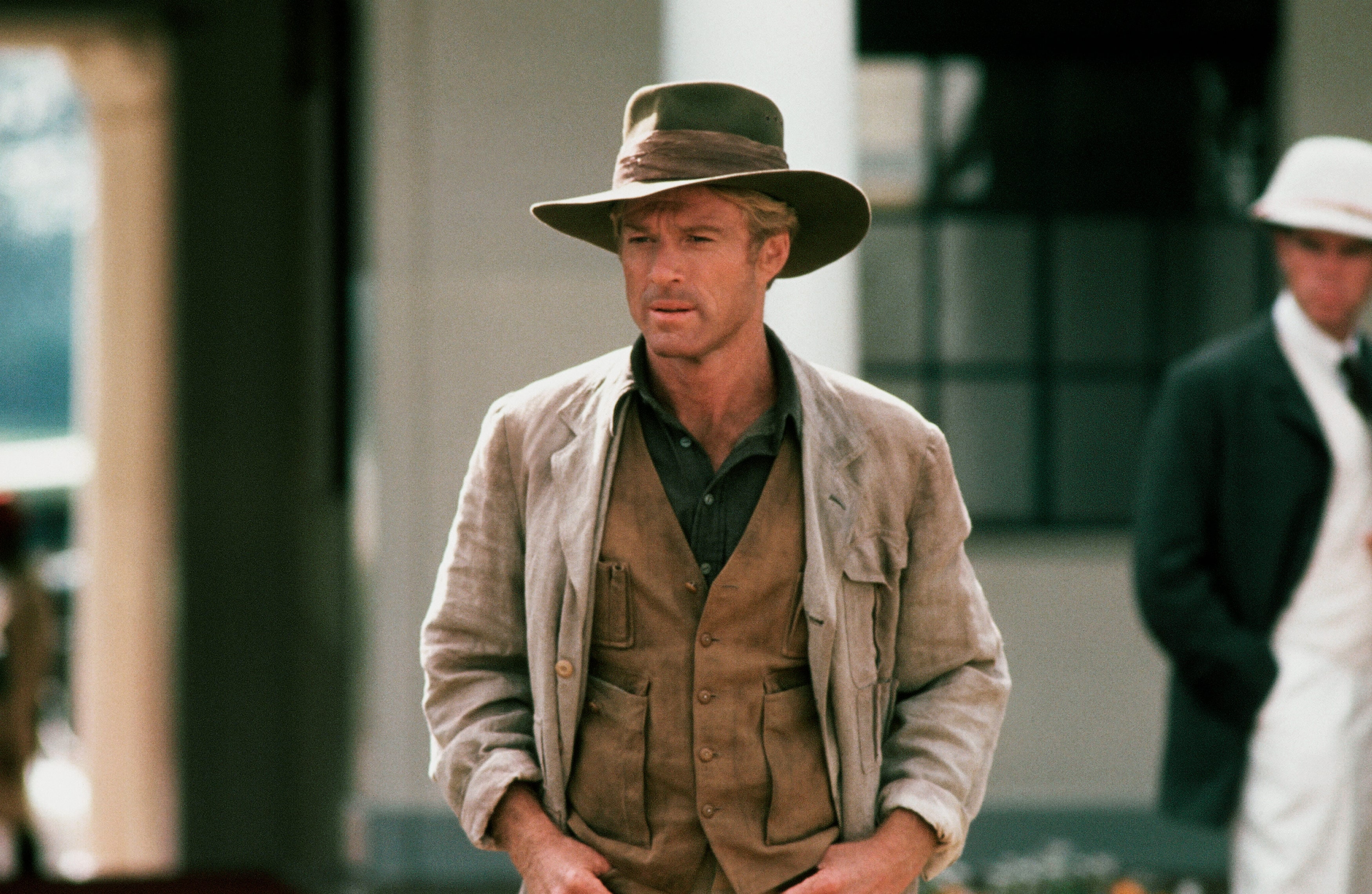 This book is a long-term task. During all these years, how has your point of view on the artist and on the man Robert Redford evolved?

This is a crucial question. It has changed over the years. He taught me so much about the importance of looking deep into the heart of movies, history, books. He really is someone who wants to do something good. Leave a good legacy to the world. Looking after the environment, listening to ethnic minorities. That’s what matters to him, doing something good, of value. And bring hope and optimism to the world. Because there are too many dark forces around us. While writing this book I saw him become a political artist of great dignity.

He really has a social and political conscience and he is as complex as Balzac, as I was saying earlier. He is surely one of the least bigoted or racist men in the world. He is a citizen of the world, a man who wants to share hope and optimism. And see things broadly. I discovered a whole new man.

Spirituality seems to be something fundamental. He is inhabited by deep values, his first wife, Lola, was a Mormon. Religion, spirituality, was that an influence for him.

Concerning Lola, I believe above all that it was the choice of a person who was not yet completely mature. Lola reminded him of his grandmother from Texas. They had the same values ​​and the same beliefs. His first wife was of Mormon descent, but he never wanted to convert. He was not a believer. Not religious but spiritually loving. For him, it also means being friends with trees, clouds and nature. There you are closer to God than in a church. That’s why their marriage ended up failing. They had children together, they are still friends. It’s a beautiful story, but it’s a sad story. Concerning Robert Redford’s conception of spirituality, it is more related to nature, with this image of a tree with what that implies in terms of dignity, patience. It is a vision that I share. Nature is God. Clean his heart, clean his mind.

At present, does it still symbolize something in relation to the defense of civil rights, to the protection of the environment?

Yes I think so. Since the death of his son, he is a little in the background. But he did so much for the protection of the environment, for the citizens, and then also for the Sundance festival.

Do you think he has any regrets? For example not to have become the new Modigliani, as he dreamed of. Or that he is disillusioned about the real influence or not that films can have to change men or the world?

No, frankly I don’t think so. Many people have expressed their gratitude for how their lives have been changed, improved. He did a lot for Indian rights, for example. Or mentioned issues like McCarthyism with Our best years. When I finished the book my daughter’s boyfriend had her grandmother who was dying and wanted something signed by Robert Redford. He wrote her a few words, I don’t remember exactly which ones, but it meant: “See you soon”. I think he’s a really good guy.

You have written other biographies of actors: on Sean Connery, Anthony Hopkins or Richard Harris: great actors but also strong personalities. Is it backward-looking to think that it’s complicated to find such rich personalities in today’s cinema today?

It’s a big question. I feel that we currently have a weak cinematic offer, with less physical presence. When I was a kid, there was Laurence Olivier, Charles Laughton, Peter O’Toole. People larger than life. Anthony Hopkins today is of this caliber. I like books that make you dream. The same goes for actors and I was so happy, so lucky to meet men like Richard Harris, Anthony Hopkins, Sean Connery or Robert Redford.

Demanding but benevolent film buff, preferring to see the image half full than the reverse, passionate about auteur cinema as well as genre films and practicing amateur theater.