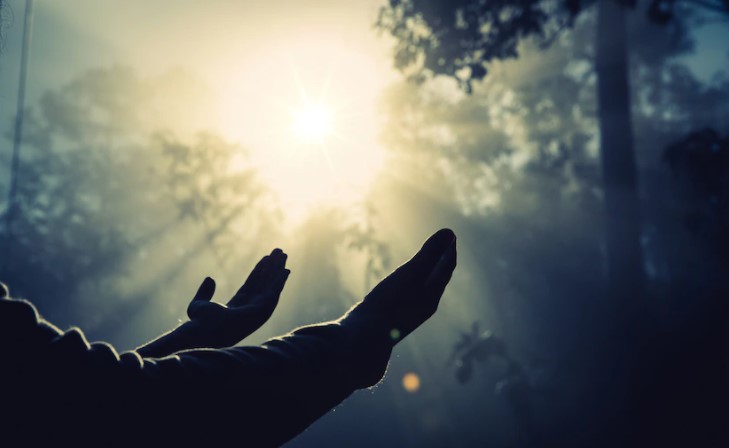 Apathy spreads, without delay, in all human hearts and for this reason it is easy to find among us embittered adults and bored young people who, when they get older, will also be embittered. Apathy is the inability to be moved, to be amazed, to find a hint of novelty in everyday life. Today’s society is apathetic because it is more individualistic than yesterday’s society, and this is because the technology that was originally created to be used by us ended up using us at its convenience. Apathy spreads rapidly in all human hearts, but because we are bitter or bored we don’t realize it.

We are apathetic because we have not understood that we are finite and that one day we will have to die. Apathy makes us despise what we have, as well as ignore those around us. It is because of the apathy that today’s parents do not notice the unrepeatable growth of their children and it is because of the imitation of this apathy that the children, as they grow up, become more and more bored with the world in which they live, which they consider small, but the truth is that the only thing narrow is their minds. How different our days would be if we understood once and for all that we are called to die; Understanding this in time would avoid us the penalty of wanting to take advantage of what we have until we see it almost lost. What leaves does not return, but we understand this truth until everyone has left us, and then we are not only bitter, but also alone. The awareness of our finiteness saves us from all contamination of apathy.

Among the various resources that we could use to heal apathy, is that of Buddhism, which considers that in human existence there are four undeniable truths: the first is the truth of suffering, the one that tells us to do what we do not we can save ourselves from suffering, because life is an experience in which pain is involved; Let us note here that the above does not mean that life is painful, but that there is pain in life. The second truth is that of the cause of suffering, that is to say, that person who seeks to heal apathy, who wishes to be cured of bitterness and suppress boredom, must find the source of the pain that he suffers and, once the aforementioned has been accomplished, , must attend to the third truth, which is scrutinizing in the elimination of pain. In summary, if a pain afflicts us (it can be existential or physical) it is mandatory for those who seek to save themselves to examine the cause of the pain and discover the way to eliminate it, and once this is done, the fourth truth will be reached: freedom.

When Buddhism speaks of freedom, it does not mean that by conquering it one stops suffering, in the least, but rather that suffering is suffered in a different way, with a less conditioned perspective. The four truths of Buddhism were revealed to the Buddha on one occasion when, after having eaten rice and having been abandoned by those who claimed to be his friends, he lay down under an apple tree to sleep. Buddha experienced, on that night, five dreams that led him to the path of spiritual awakening; the dreams were as follows: in the first, he saw himself spread out over the entire ocean; in the second, he saw how a vine grew from his navel reaching up to the sky; in the third, he perceived some white larvae that climbed up his legs and settled on his knees; in the fourth, four colored birds perched on his feet, instantly turning white; in the fifth dream, he walked on a pile of excrement, but without getting dirty. The five dreams are symbolic and of this act of sleeping in order to awaken spiritually, the psychologist Mark Epstein, in his work “The trauma of everyday life”, tells us the following:

“Buddha was attentive to everything that came his way, alert to his traumas and to his reluctance to admit his traumas. Waking up does not mean ignoring the reality of those around us. Waking up involves caring for others. While he dreamed, the Buddha remembered the human ability to relate to others. That recovery made enlightenment possible for him. His dreams showed her that he could be kind. The true nature to which the Buddha awakened was relational. The dreams make it clear that awakening would be possible only when the Buddha’s inherent capacity for interpersonal relationships could permeate his entire mental life. Enlightenment does not mean getting rid of anything, it means changing one’s frame of reference so that all things are illuminated.”

The bitterness and boredom that we perceive in ourselves and in those around us have a double cause: on the one hand, the cult of individualism that characterizes our society and that little by little distances us from others and, on the other hand, our disinterest in the other and as far as their interests are concerned. Our society, ironically, boasts of possessing a spiritual knowledge superior to that of previous generations, however, what they call ‘spirituality’ is nothing more than an excuse for isolation, to live their pain in solitude, since spirituality does not consist of withdrawing from society or in imitating the life of the anchorites, but in developing our relational faculty, the same one that Buddha denied in the beginning and by which his inner progress was hindered. To what dream must we surrender to wake up?

There is a false idea that spiritual awakening consists of an opening of consciousness in which pain disappears, however, it is the opposite. Enlightenment is not a process in which one sublimates and places oneself above their peers, but rather, it is the recognition and commiseration of and for the misfortunes of others. Enlightenment is the ability to see the light that resides in all the things and beings that surround us, mainly those that are unpleasant to us and that would make us doubt our ideals. Enlightenment is not the end of spiritual life, but rather its beginning, its beginning, the medicine that will heal us from bitterness and boredom by giving us eyes to see the light in everything.

the light in everything

A living and active reality
Troll: The spirituality of myths
Compatibility between Aquarius and Pisces: Does a pair of these zodiac signs work according to Astro...
Tweet
Share
Share
Pin