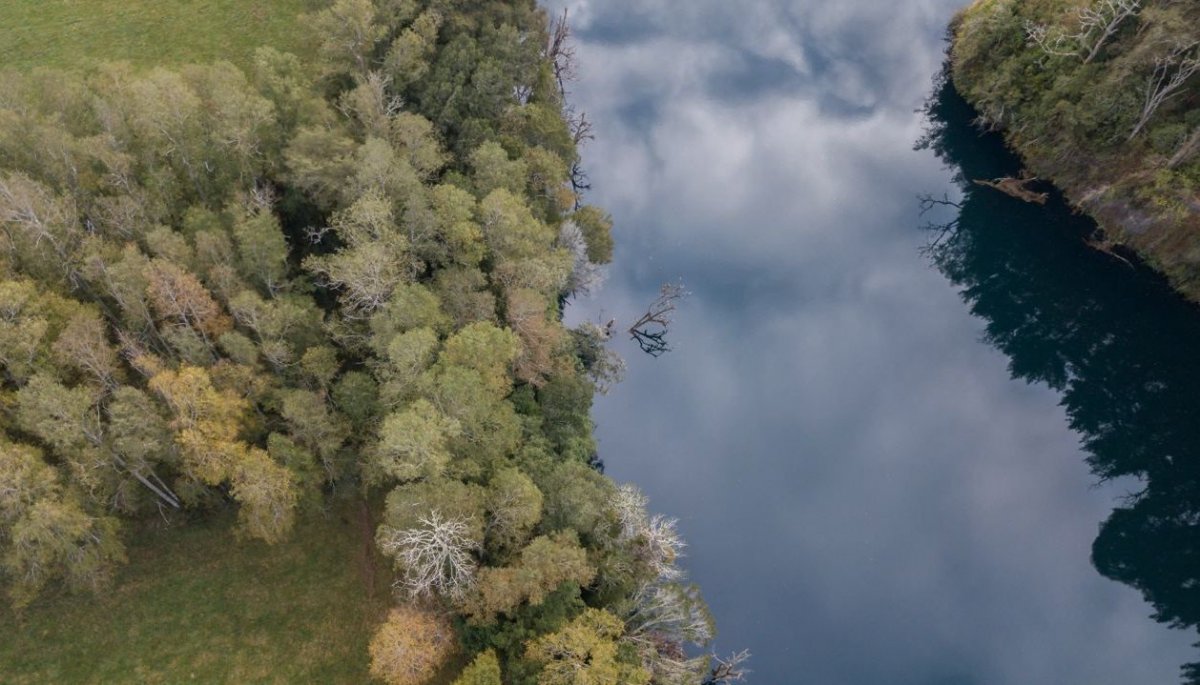 The company Statkraft Chile reported on Thursday its decision not to carry out the Osorno hydroelectric project, which was in the process of being re-evaluated, as a result of the impact it had on the Morada del Señor Kintuante, site of cultural significance of importance to local communities. A) Yes, the company waived the initiative’s Environmental Qualification Resolution (RCA) before the Environmental Assessment Service (SEA) and all associated water rights.

As the firm explained in a statement, the decision was the product of a dialogue process with an important part of the Mapuche-Huiliche families and communities, originating from the territory that includes the Pilmaiquén river basin and especially those who practice the Lepun ceremony. He explained that the Residence of Señor Kintuante -or also called Ngen Mapu Kintuante- and the religious and ceremonial complex where it is inserted, is one of the most lively demonstrations of Mapuche Huilliche spirituality. According to the beliefs of the people, they add, the Ngen Kintuante, a spiritual being, lives in that place, which is why it is considered a sacred place.

Statkraft specifies that in January 2018 it made the decision to restore the territorial space related to the Residence of Señor Kintuante to the communities linked to the site, an opportunity in which the company not only recognizes the existence of an Ngen, but also of territories and practices ancestral, voluntarily beginning the process of restitution of the land where the Residence of Señor Kintuante is located.

“Desisting from the construction of the Osorno project is based on a discussion that the company has matured in recent years, and that is based on respect for the rights of native peoples, for their culture and traditions. This decision is not related to the current context of the country nor does it mean in any way that Statkraft begins to disinvest in Chile”, secured the signature on the letter.

The general manager of Statkraft Chile, María Teresa González, stated that they believe in dialogue, respect and the will to find spaces of agreement. “This decision responds to the commitment that we acquired years ago with the Lepuneras families to review the possible effects of the project and, above all, to protect a sacred space of tremendous cultural importance. Our commitment is to advance in the restitution of these lands to the communities that are typical of the place”, he emphasized.

In fact, in the same statement, the company reaffirms its growth strategy with an investment of US$ 1,000 million, the purpose of which is to exceed 1,000 MW of installed capacity in the next five years and achieve a generation of more than 2.0 TWhalways with a focus on renewable energy, mainly wind and solar.

This project is located between two agro-industrial farms, 10 km downstream from the Rucatayo hydroelectric plant and 12 km upstream from the area where the Osorno project would be located. That is why the construction works of this initiative, as well as its subsequent operation, will not have any effect on the Abode of Lord Kintuante.

Likewise, in the Litueche commune, the company is building three wind farms, which together add up to 105 MW.

The horoscope of seers with almost free minutes in Albacete, today indicates what Sagittarius is lik...
A sentimental Houellebecq, Garriga Vela's feast of imagination and other books of the week
The horoscope of reliable seers and tarot readers without cabinet, today reveals why Scorpio is misu...
Tweet
Share
Share
Pin