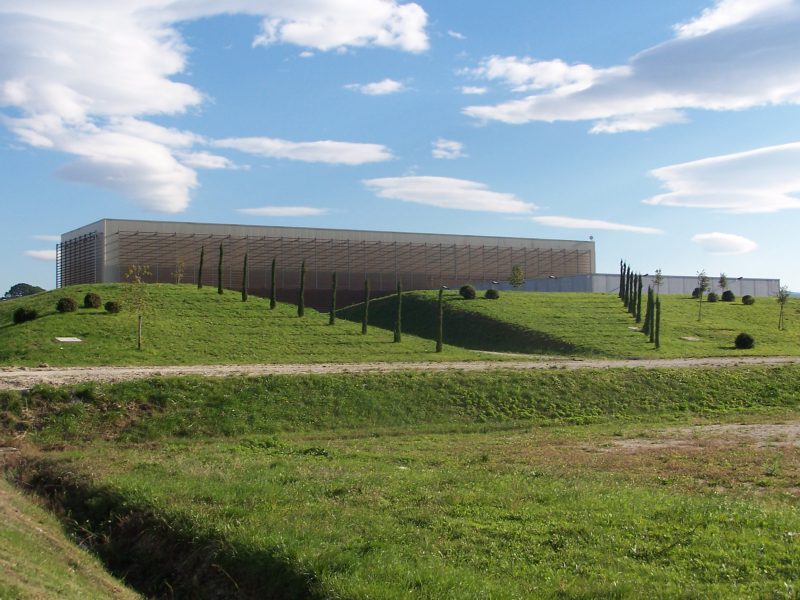 Article taken from the December 2022 issue of Forbes Italia. Subscribe!

An entrepreneurial reality capable of representing a beacon in the resolution of the great challenges of the contemporary world. This is the feeling you get when conversing with Andrea Margaritellibrand manager and fourth generation of the founding family of Listone Giordano, excellence of Made in Italy in the production of high quality parquet. Immersed in the vineyards of Miralduolo di Torgiano, in Umbria, Listone Giordano owes its origins to a long history of family entrepreneurship, which began in 1870 with the Margaritelli group and culminated in 1984, thanks to the intuition of Professor Guglielmo Giordano and the birth of a parquet that exceeded the limits of traditional solid parquet: the famous ‘plank’.

A path in wood which has always stood out for its very respectful approach to the forest heritage, so much so that it has given life to the most important Italian hardwood reforestation work, thanks to the planting of 25,000 oak trees in Umbria. “In the family we have the habit of planting an entire forest at each generational change. This is both a way to honor the age-old tradition of farmers to plant a tree when a child is born, and to give a gift to future generations”, explains Margaritelli, who supports his role in the company with the presidency of the Guglielmo Giordano Foundation and of the National Institute of Architecture In/Arch.

A concept, that of farsightedness, which often recurs in the history of Listone Giordano and which marries with the choice, made in 1962, to open a production plant in Burgundy, France, where it can directly supervise the procurement of wood. “Here we discovered an extraordinary tradition of sustainable forest management, which has millenary roots. I lived in this forest for a few years and I would define it as one of the greatest gymnasiums of foresight: while you use its wood you are enjoying the fruit of the generosity of others, but at the same time you are called to plant trees that you will never see become adults. A teaching that should invite politics to embrace long-term visions, because the environmental challenge can only be won if one agrees to move the perspective beyond the mere immediate cost/benefit ratio. Foresight and generosity are the keywords for tackling climate change”.

In the factory at Burgundy two activities take place: sustainable forest management and the first transformation of hardwoods, such as oak. Subsequent processing then takes place in Umbria, together with the distribution of the products in around 70 countries and 500 shops worldwide. Listone Giordano is one of the few companies in the production of wood cladding that manages the entire production chain. “Sustainability affects the entire production cycle of our products, all guaranteed by the most important environmental certifications. But we have also adopted many other precautions that are not visible: since the 1990s we have not used solvents, our adhesives comply with the strictest standards on formaldehyde content and we have abolished wood preservative products, which in large doses can be harmful to the health”.

All this, with the belief that the environment and health are synonymous: “We are still used to thinking of them as separate, but it is an error that the pandemic has made clear”. It is precisely on this idea that Listone Giordano has decided to focus Seed, Design Actions for the Future, a traveling cultural event that will take place from 24 to 30 April 2023 between Perugia and Assisi. Promoted by the Guglielmo Giordano Foundation, in partnership with the National Institute of Architecture, it will create an opportunity for exchange and reflection on the concept of sustainability, bringing architects and designers into dialogue with scientists, philosophers, sociologists and political scientists. The idea is to give birth to a vision of the world that converges political, intellectual and social forces around the goal of peace and environmental protection.

“Attention to climate change has taken a major detour with the outbreak of war in Ukraine. We want to restore centrality to this topic. The environmental challenge is a great opportunity for international cooperation, but to seize it we must also broaden the concept of sustainability to the social and human side”. The event will close in Assisi with a section – SpazioSacro – dedicated to the relationship between architecture and spirituality. “A very delicate subject, since it deals with the theme of spirituality regardless of a specific religious confession”.

Exploring current issues such as the future of smaller towns, the regeneration of urban spaces, sustainable mobility and digital construction techniques, Seed wants to form a think tank on possible concrete actions to be taken for a more ethical future. “Why in Umbria and not in Milan? Because to talk about the environment and the spirit, one must first of all be silent, and Umbria is the ideal place. But there is also another question: that of bringing attention back to the potential of internal territories. It is estimated that by 2050 cities will house 70% of the world’s population, but we have a centuries-old tradition of polycentrism. Let’s think of the Italy of the 100 cities mentioned by Carlo Cattaneo. It is still valid today. Umbria represents a perfect example of this potential”. And it is precisely stories like that of Listone Giordano and events like Seed that reaffirm it.

A history of family business spanning over a century: who are the masters of wood, the excellence of Made in Italy