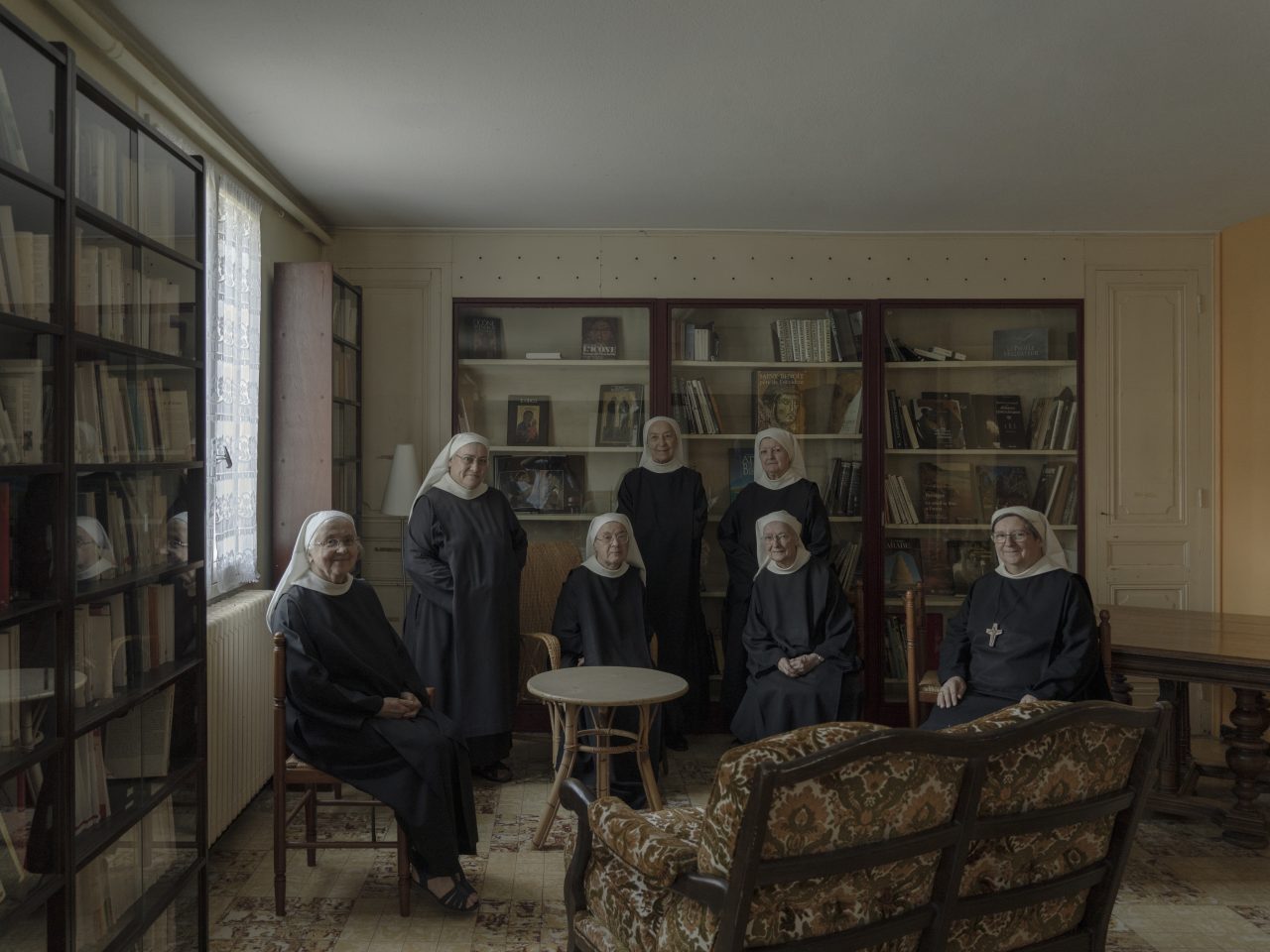 There are names that, just by pronouncing them, are capable of evoking images of serene beauty, and of recalling moments, places, sensations that are linked to paths of search for one’s self. To the need to get away from the stress of the daily routine, to get back in shape mentally and physically. The relived emotion of past experiences or the simple fascination for worlds with rhythms so different from the usual ones remind us, on the other hand, of the very importance of psychophysical well-being.

Nothing is more important than it and nothing, therefore, should we ever put before its preservation. One of the best ways to do this is certainly a stay in places of contemplation, where silence and meditation are favored by the enchantment of the surrounding landscapes and by the presence of religious communities that are custodians of ancient spiritual traditions.

On the other hand, well before the fashion of the silence or meditation retreat practiced by stars like Natalie Portman and Oprah Winfrey, an endless line of prophets of the inner life have always insisted on the need to return to oneself. Repeating with Augustine that «in interno homine habitat veritas» («the truth dwells in the depths of man»), have at the same time underlined how the health of the spirit influences that of the body. It is by the Carthusian theologian and mystic Denys van Leeuwen, nicknamed Doctor Ecstaticus, a beautiful passage which, taken from theEnarratio in Proverbia (XVI), thus it sounds in the Italian translation: «A good and joyful disposition of the heart redounds on the body and preserves or increases its health; likewise the health of the body […] redounds on the soul and gives it pleasure».

All of this can be particularly experienced in destinations that are usually outside the major circuits of religious tourism. Beyond the Alps, Savoie (or Savoie) is home to quite a few of what could rightfully be defined as “heights of the spirit”. There is, for example, the Notre-Dame de Tamié abbey, located at an altitude of 900 meters in the valley of the same name in the Bauges massif. Founded in 1132 by St. Peter of Tarantasia and known for its characteristic walls equipped with towers, the fromageriesthe precious illuminated manuscripts, the officiation in Gregorian chant, is inhabited by over twenty Cistercians of the Strict Observance, commonly called Trappists, whose chants are heard in Des hommes and des dieux (Men of God), the film by Xavier Beauvois inspired by the massacre of the monks of Tibhirine in Algeria.

But it is not the only one: the Carmel of Le Reposoir in Haute Savoie is instead a former charterhouse which, established in 1151 by Blessed John of Spain and surrounded by a circular forest, stands on the edge of a lake in the heart of the Aravis mountains . In this enchanted place he lived until his death – after having bought the crumbling medieval buildings in 1922 and having adapted them for his community of Discalced Carmelites – mother Maria di Gesù, born Alessandra Starabba of the Marquises of Rudinì, former lover of Gabriele D’Annunzio (the poet had left Eleonora Duse for her, renaming her Nike for her statuesque beauty).

The eighteen cloistered nuns residing there, faithful to the rule and spirit of the reform of Saint Teresa of Avila, however, do not have reception facilities and allow guided visits to certain monastic spaces only on Wednesdays. Solemnly lying on Lake Bourget and celebrated by Honoré de Balzac and Alphonse de Lamartine, the royal abbey of Hautecombe is instead remembered as the historic necropolis of the House of Savoy: in the vestibule of the church, to the right of those who enter, the last king is buried of Italy Umberto II together with his wife Maria José of Belgium.

But the Chemin Neuf community with an ecumenical vocation, which has been entrusted with the entire abbey complex since 1992, hosts people exclusively for vocational discernment or training. And, in any case, only for long periods.

Different from all the others is instead Saint-Joseph de La Rochette on the border between Savoy and Isère. This is a Benedictine monastery located in the commune of Belmont-Tremonet, two villages which, administratively united in the second half of the 19th century, do not have a total of even six hundred inhabitants. The rural center can be reached by bus (it is one of the stops on the c12 Aosta-Chambéry line with two trips a day from Monday to Saturday, excluding holidays), by train (the closest station, eight kilometers away, is Le Pont- de-Beauvoisin in Isère, not to be confused with the homonymous neighboring municipality in Savoy), by plane (the closest airport is Chambéry, from which the urban station of Challes-les-Eaux is 11 km away) or on foot ( for the more motivated).

Mode, the latter, which may appear absurd but certainly not to those who, lovers of the Camino de Santiago, had to travel the via Gebennensis which, leading from Geneva to Le Puy, is actually usually chosen by pilgrims from Germany and Switzerland . In any case, I recommend to those who can reach Belmont-Tremonet by car. Passing through the Frejus tunnel, one travels through mountain landscapes of rare beauty: not a few of them are dominated by medieval castles or Romanesque abbeys such as the famous Sacra di San Michele, which (inspirer of The Name of The rose by Umberto Eco) is clearly visible, once you pass the northern ring road of Turin and take the A35, in all its mysterious beauty.

La Rochette, on the other hand, has nothing to associate it with such splendid and imposing monasteries. At first glance, it might even disappoint you due to the common appearance of some of the buildings that make it up. But you will soon realize that you are immersed in a context of genuine simplicity and essentiality, which captivates the soul and soothes it. Here the Benedictines, who are currently twelve (one of them, Sister Claire, is centenary), have lived only since 1972.

The community of the time had in fact decided to abandon the primitive monastery: founded north of Lyon in 1824 by Mother Suzanne du Peloux, but progressively affected by the radical urbanization of the area, it no longer enjoyed the necessary isolation and silence of its origins. Thus, after becoming its owners, the nuns settled in the castle of Belmont – actually a delightful little eighteenth-century manor house – and adapted it to cloistered uses.

They had brought with them the heavy walnut furniture, the liturgical furnishings, the well-stocked library with finely bound books, also keeping the new abbey’s old Lyon toponym with which the religious community had always been identified and known: La Rochette, in fact, from a small rock on which, so it was said, the maison would have been built in the sixteenth century, later converted into a monastery by mère Suzanne.

Faithful to her teaching in the wake of an authentic contemplative spirituality, the nuns still lead a life of intense prayer today, characterized daily by meditation, participation in Mass and, above all, by the celebration of the liturgical hours, which open with Matins (6:25) and close with Compline (20:30).

Anyone staying in La Rochette can participate in each of them if they wish (for info: abbayedelarochette.fr). The door of the abbey church is in fact already open before dawn and the singing of the nuns in cocolla, who chant in the choir, each at their own stall, is easily audible everywhere. Being present at the so-called matins could offer an unprecedented spectacle of images and sounds: at daybreak, in fact, the sunlight, filtering through the large side window to the east, gradually floods the entire church and it seems merge with the sound of Gregorian melodies.

The abbess takes care of the guests directly. Mère Marie or, better, soeur Marie, as she prefers to be called, is a jovial woman in her sixties, who every day, among other things, takes care of carrying from the cloister to the spartan refectory of thehôtellerie the food cooked by the sisters for breakfast, lunch and dinner. The structure, used for the stay of tourists or pilgrims, has a total of twenty-seven rooms, mostly single, all furnished in the same way: large bed, desk, armchair and nineteenth-century chest of drawers.

In a sort of compartment, then, a sink with mirror, while the remaining toilets and showers are shared and located on each individual floor. But, in such a context, adapting to sober customs, with spaces for sharing, with respect for peace and contemplation, does not constitute a burden at all.

On the other hand, the same prices requested are very cheap: if you pay 45 euros a day for full board, 25 are to be paid for bed and breakfast. On the other hand, what is priceless is that rather unique and intimately familiar atmosphere, which has been discussed so far. The climate of La Rochette.

"This Much I Know to Be True", Nick Cave at the center of an exciting documentary
"The One Who Got Away" Couples: Where Are They Now?
Jaques Gauthier: "The Church can only be resurrection"
Tweet
Share
Share
Pin