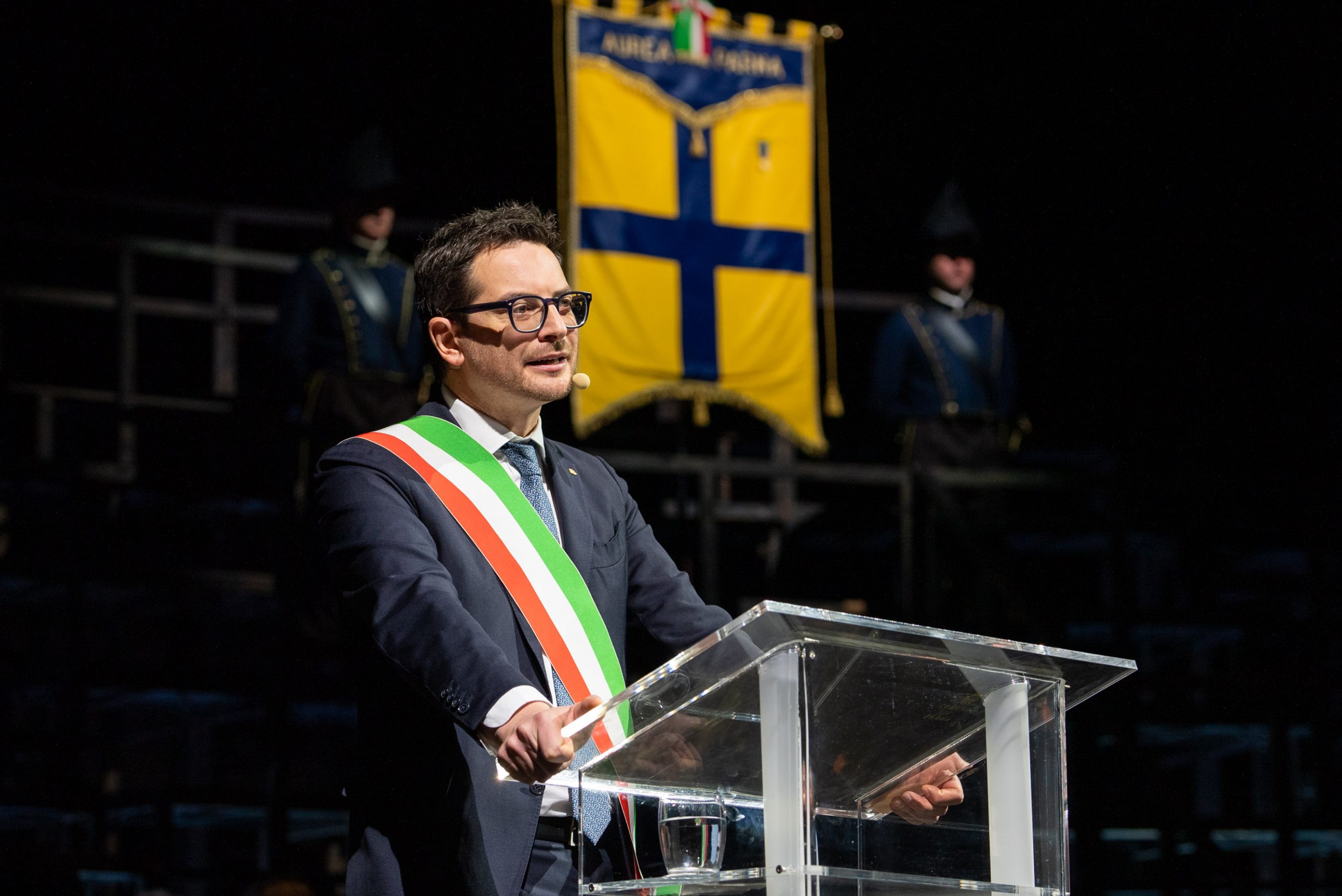 After the unmissable jokes in dialect that should express “the authenticity of parmesan”, the tender children’s choir, the parade along the corridor of the Regio of the nomenclature of the city, the self-referential rhetoric felt and resented to the point of exhaustion, the celebration of Sant’Ilario enters its climax: the mayor of Parma takes the stage of the Teatro Regio arm in arm with the Bishop.

Archbishop Enrico Solmi cites his personal experience in which, in the year of his arrival in Parma, dressed as a layman in a jacket and tie, he participated incognito in the celebration of Sant’Ilario to better understand the essence of the city.

Then War takes the floor.

It is hard to distinguish who between the two is the layman or the religious, the administrator or the preacher.

It is Guerra wearing the cassock.

“Being useful to those close to us and being rewarded beyond all expectations and without asking for itWar reveals. It is the love of neighbor that Jesus asks of each of us, disinterested, who expects nothing in return, who does not expect rewards in this world because the real reward will be obtained in the Kingdom of Heaven, and not from the voters among five years, but from God at the end of time.

It is Saint Hilary who dictates the watchwords of Guerra’s speech: the humility of the administrator’s “gratitude” towards those who are administered, the loving “protection” of the shepherd for his flock: “I dwell on two fundamental values ​​that the story of Saint Hilary of Poitiers gives us: gratitude and protection. Gratitude, rare and difficult, has to do with what gives joy, to those who recognize it and to those who receive it. Protection, even before defending, has to do with taking care.“

After the Catholic message, understood in its etymological meaning of “universal” (“the ability to give dignity to those who come and go, to harmonize our history and the stories of others“), the mayor opens the gates of Heaven to sinners, to some stakeholders of the city with whom he has clashed in these first months and to whom he grants his forgiveness: “I greatly appreciated the intention of important parts of the city, at various levels and titles, to help lay the foundations for the city of the coming decades. Let’s make common commitments, our door is open. Taking care of a community cannot be separated from the search for a possible homogeneity of purpose built on these foundations.“

Then comes the scene on Palm Sunday, in which Guerra addresses the council minority which bears an olive branch, notoriously a symbol of peace in the Gospel, quoting evangelical words such as “education”, sprout”, “soul”: “We need a new education policy that inevitably involves women and men who hold institutional roles. I feel I can say that the sprout of this kind of politics is already visible in the rooms where the confrontation between the parties lives and comes alive and for this I want to thank the City Council“.

We are light years away from Pizzarotti’s farewell speech at Sant’Ilario when he thanked only the majority councilors.

But this is not the discontinuity much invoked by Lorenzo Lavagetto.

The historic caesura is that the mayor’s speech on the morning of the Patron Saint should no longer be called “St. Hilary’s speech” but “St. Hilary’s homily”.

Since yesterday, there have been two Don Guerras in the curia of Parma.

Don Michele was also ordained, to the applause of the Teatro Regio.