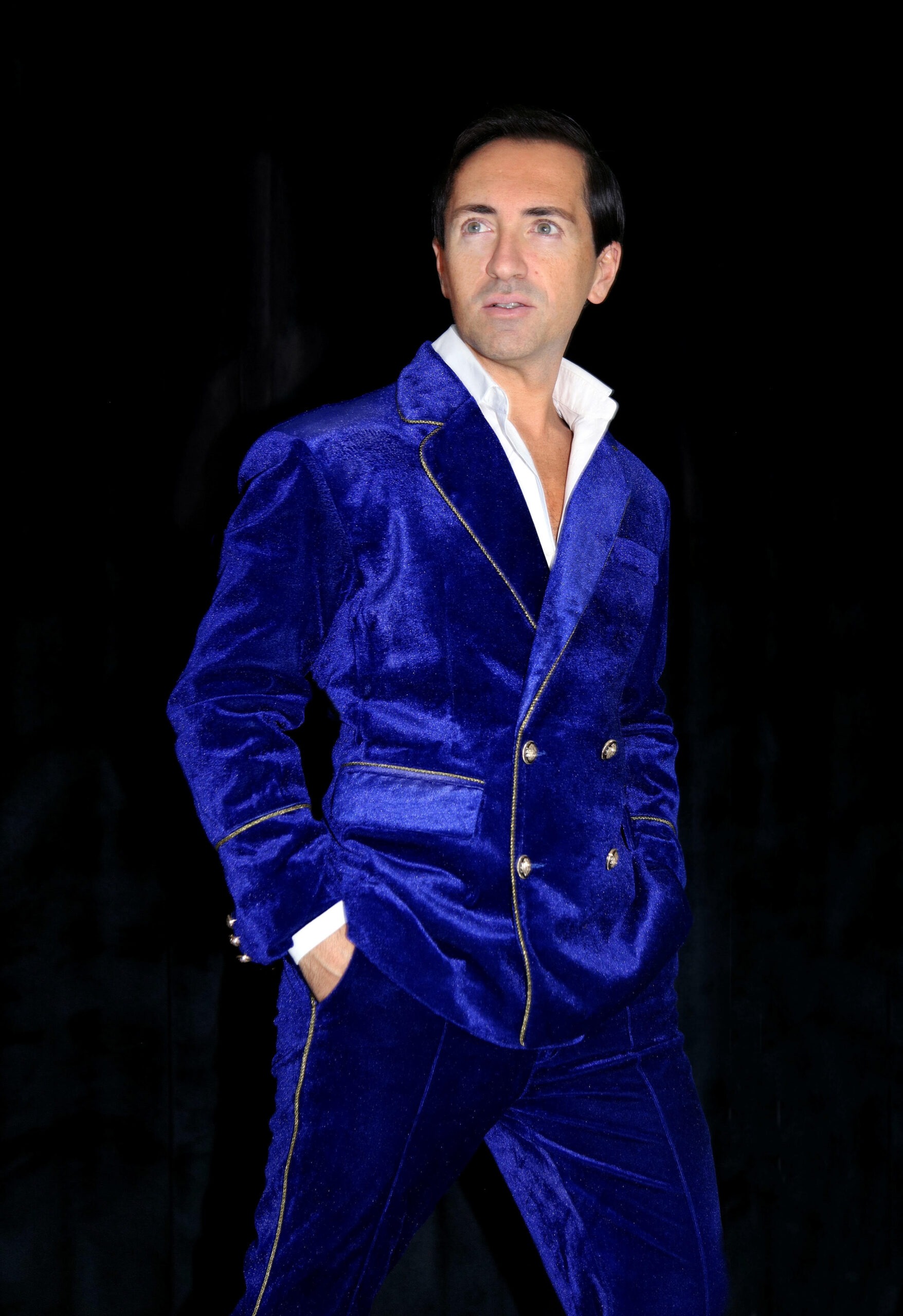 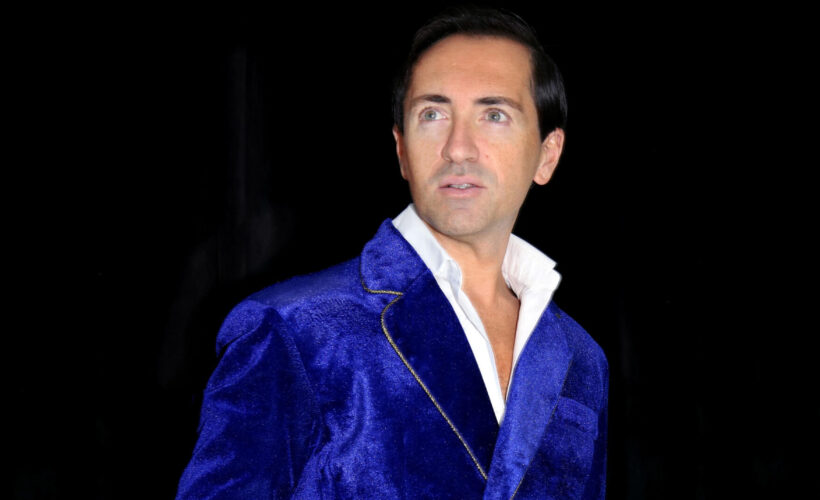 SAN BENEDETTO – The presentation of the long-awaited dialogue between Francisco Goya one of the most celebrated masters of all time and Mario Vespasiani star of Italian art. An exhibition that relates the different works of the two authors, who investigate the most extreme and profound experiences of life, from desperation to the violence unleashed by war, up to joy and ecstasy.

As the curator of the exhibition writes Rosalba Rossi: a lot Light comes from the dark, much genius from madness. Light of talent and non-approval. Enter, but don’t look for a path, the only way is loss: this is the ideal condition for listening to the intimate relationship between Dream and Vision, in a surprising dialogue beyond time and space. I have always seen art that runs on an infinite thread, in the relationship between past and present, without interruptions, but in a continuous confrontation and this event is a powerful face to face between the masterpieces of Francisco Goya and of Mario Vespasiani, a timeless dialogue, full of references and nuances in the space of feeling.

Such is meant to be the key to DIS*ASTRTHE – The human condition from its depths to gloryi.e. the ability to relate, through processes of antithesis, subtraction, deprivation, as expressed in the prefix Disor in opposing languages ​​for colors and techniques, the ancestral yearning and the tension ofMan to the Value of Life, to its extensions, creative implications and responsibilities, which nourish and transform it. This is the reason why, due to the innumerable requests and data recorded to date of over three thousand visitors, we received the unexpected happy news of the extension of the exhibition to 25 January 2023.

The recent production of the master Mario Vespasiani appeared to me fulminant and astral: a connection with a powerful evocative and visionary energy, the logos has spanned the centuries and the two messages have begun to dialogue. From the ruthless analysis of the human condition, the deflagration of the star gave birth to a message of Inner strength, spirituality, connection, research and path for the Universal values ​​of man. From the point of view of the thought of the exhibition understood as a “living being” that lives, breathes and also evolves from the energies, vibrations, thoughts, inputs received from visitors (and in the room the book of signatures with the comments attests it)in this procrastinated phase.

He calls to himself the three works of the thematic cycle “Kingdom of Heaven” by Mario Vespasiani, bright and illuminated, in its deepest sense. Vespasiani is an incessant experimenter and the selected works, even if bordering on the abstract, reveal to us with unequivocal signs, the depth of life, the sense of the sacred that surrounds us everywhere and always, a God of and in the little things, reflected by big. Art is a space in which productions of reality, real debates, perspectives and changes can be conducted, it is a CREATIVE ACTION. Thinking creatively means that the artist is a social actor not relegated to the margins, but a spokesperson, an agitator of culture which is the most important infrastructure, not the mere surface of society.

Art and Culture are essential accomplishments for the proper functioning of a community, it is communication, interaction, participation and any organization that does not promote this is doomed to failure. Therefore, this does not want to be an aesthetic intervention, but a way of direct communication, reflection, between citizens, the environment and the authorities to enter a transformation process, which first of all means rediscovering the sense of belonging.

Goya And Vespasians they have never met, yet listening to their works it is as if they had done it countless times, closer than one might imagine, because they are inhabited by the same overwhelming passion for human beings and their adventures. They are explorers of Lifein the Gift of missing perspective, revealing to us what we have before our eyes and we no longer see, in the mysterious labyrinth of life they always know how to grasp the essence. Works that travel beyond the cardinal points, beyond the limits of the understandable and visible. What we have before us is precious because it brings to light an encounter that never took place, a dialogue that has never begun, but resounds a thousand times.

Art creates bridges and unpredictable connections and what has been built does not contemplate the final word. It will continue from January 26 onwards, elsewhere, since the dialogue is incessant, essential: it calls us, questions us, prods us and exhorts us. A thought that walks, that cannot be harnessed, that in this wake shows us the way, whose value is in the sign of the highest of social achievements: the Freedom. Grateful to Mario Vespasiani for accepting my invitation. Grateful to all of you. 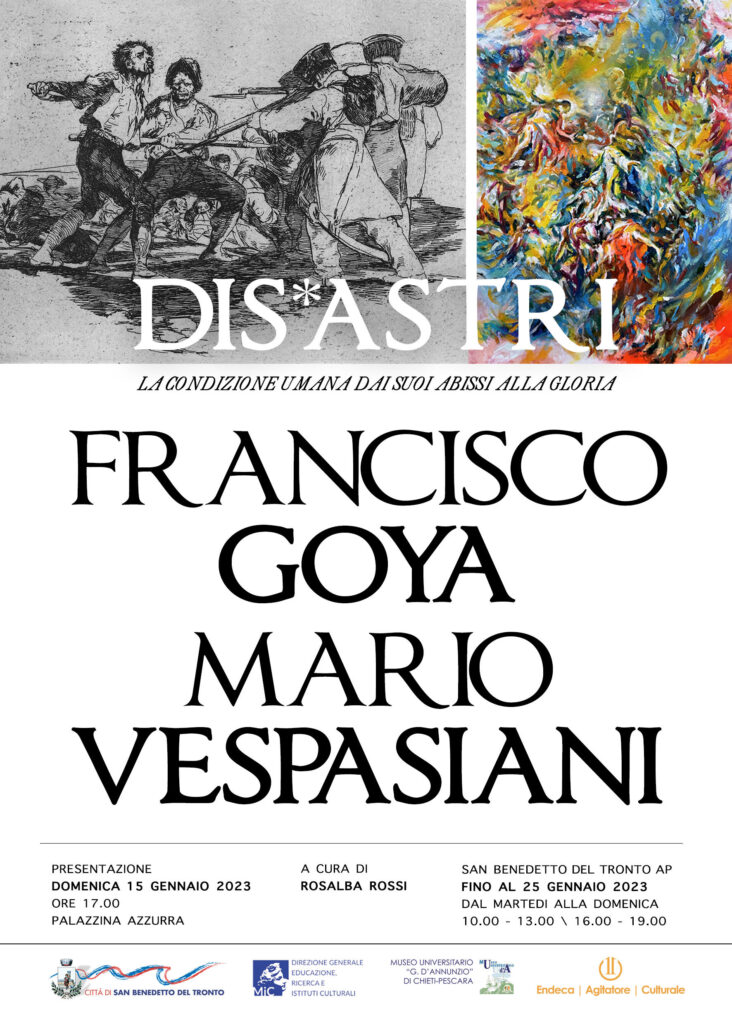