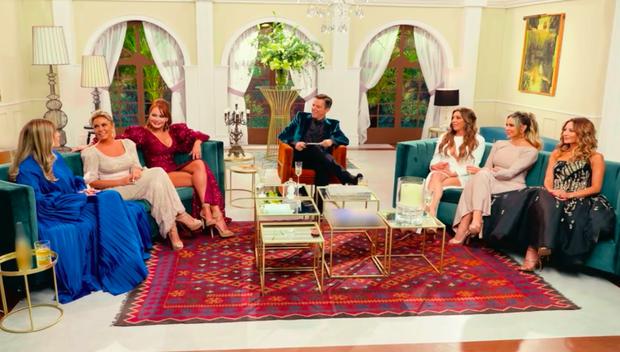 Sarah Mintz, formerly known as Maritza Rodriguezis a famous actress, because she played the role of villain of various soap operas. A few years ago, she announced that he was retiring from show business, but now he’s back for a new project.

In January 2018, she announced that she would change her name to Sarah Mintz, being the last name coming from her husband, Joshua Mintza well-known Mexican-Jewish television producer.

In addition, he assured that he would retire from television and would move to Jerusalem with his familywhere he has been concentrating on his spirituality and his family.

However, now the actress has returned to the small screen with the program “Villain Secrets”, along with other celebrities such as Aylín Mujica, Gaby Spanic, Sabine Moussier, Cynthia Klitbo and Geraldine Bazán. This makes us wonder, why the change of mind.

WHY DID SARA MINTZ RETURN TO SOAP OPERAS?

“Secretos de villanas” is a Canela TV series that has a creative format that combines a kind of talk-show with a reality show. During the first episode, titled “The villains also cry”, Sarah Mitz talked about her retirement and the reasons that led her to return to television.

The first thing that clarified was that her husband had nothing to do with the decision to retire from acting and immerse himself in the Jewish religion. On the contrary, he assured that thedecision was absolutely” own.

Much has been said about the transformation of Sarah Mintz. Download the app and find out this Thursday, October 20, at the world premiere of #SecretsOfVillainswhat is myth and what is reality in the story of our beloved Villana ❤️. pic.twitter.com/jgmQykE2NA

Sarah had been focused on raising her twins Akiva and Yehuda, as well as build their spiritual well-being. However, they gave the proposal to participate in “Secretos de villanas” and it was the concept of the program that most caught his attention to return.

And it is that this production is not a dramatic soap opera with the same repetitive format that has been broadcast for more than 20 years. The reality show is a stage for the actresses to demystify the “villains” and talk about their own livesyour challenges, difficulties and experiences, something that aligns with your spiritual journey.

“The first one who told me to come back was my rabbi. He told me it was a mission”, explained the actress to the moderator, Enrique Sapene. “It is a world to discover, discover the woman, the human being, discover that we are real”.

WHY DID SARA MINTZ DECIDE TO RETIRE FROM SOAP OPERAS?

The actress had abandoned the career she had built and plunged into the Orthodox Jewish religion and her family. During the conversation on “Villain Secrets”, Sarah Mintz explained that she wanted to be a present mother to her children.

HOW TO SEE “VILLAIN SECRETS”?

“Secretos de villanas” is available on the Canela TV web and mobile platform. You can access the three episodes released so far, for free. You just have to click on this link.

In episode number 3 of the program “Secretos de villanas”, Sarah Mintz revealed that when she was recording a passion scene in 2015 with Rafael Amaya, her partner’s name inadvertently came out instead of her character’s, Aurelio Casillas.