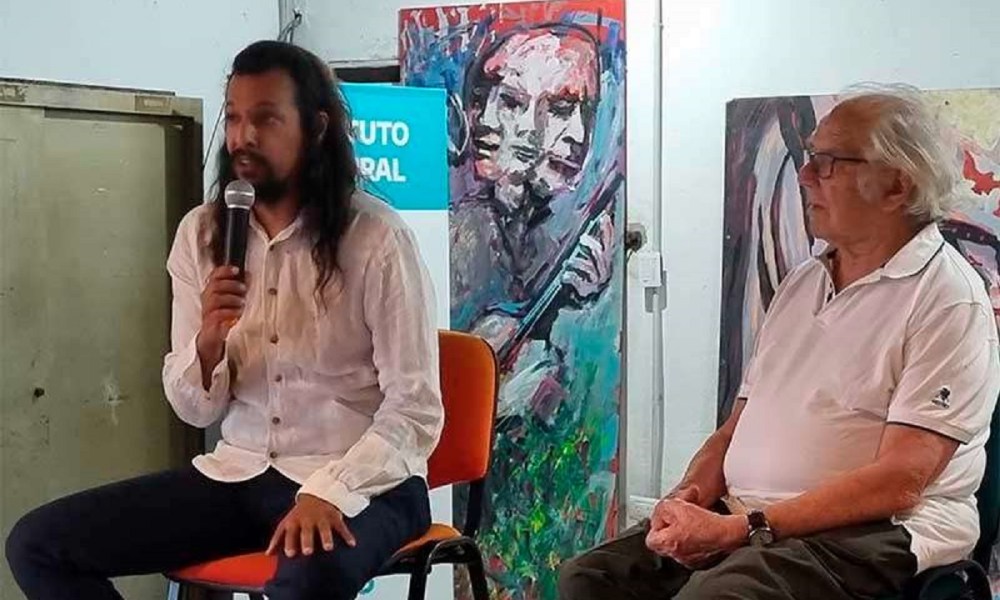 To have ideas is to see (videre) things as they are, it is to see the essence (eidos) of things and today, nothing is seen (nihil), we live in the time of nothingness (nihil). There are plenty of examples to understand this phenomenon, beyond the absence of scientific certainty or fake news, lawfare; there is something really dangerous in the decline of all the values ​​of things and it is the disbelief in the presence of the other, and politics is nothing more than that, the natural need of the human being to be with others. Politics is the first to suffer from nihilism, it is not necessary to go very far in space or time to account for it. All the current anti-political spiel is nothing more than a crude but accurate manifestation of it, it is called for the nothingness of politics or it is accused of being nothing, of being useless; And we don’t realize that asking for the nothingness of politics is asking for our own nothingness, for our own annihilation.
Spirituality is the path towards those ideas, it is the transformation from those ideas, therefore both the distance and the eventual disappearance of these ideas (Truth-Good-Beauty) is a distance from ourselves and from the essence of things. . Cultivating spirituality can mean surrendering to the search for these ideas for the sake of the search itself and not for the eventual benefit that its commercialization can give us.

Beauty, in times of nihilism, becomes useful, remains tied to the principle of reason and to fashion (the most repeated number in a series). We are only attentive to its effectiveness and commercial solvency, we give utility all sovereignty over aesthetics. Beauty is measured according to the algorithmic calculation of cybernetic reason that submits beauty to the market, far from gift and gratuitousness.

The time of God’s death is when that great Other disappears, but also the other in front of me, who is God if not that face that questions me? That inexhaustible abyss that orders me to responsibility and Good (Levinas). Perhaps spirituality is nothing more than that path towards the other, owner of all truth and beauty. The good would be the doing of the spirit towards that otherness.

The death of God is then the death of the Other, of everything that escapes the individual subject, everything that transcends his command and his grief. The present times that we live submerged in virtuality and artifice do not allow us to access the essence of things, neither their beauty nor their truth. We only see copies on the screen of what is really happening, only copies and pamphlets.

The spirit is not his shadow, but sometimes he gets lost in it. Perhaps spirituality is forcing the spirit beyond its capacity. Perhaps those kids, who today are the most beautiful, are a sample of that, of a collective spirit that challenges the ego from a humble and united us, in the face of adverse results and typical criticism from the media when things do not turn out as predicted. them. A us first to the ego ensured glory and brought out the best of who we are. It will be time to transfer that word to the organized community and perpetuate it over time.

Reflections on spirituality in times of uncertainty: The Spirit and its shadow

"The spiritual dimension of man resurfaces in phases of chaos"
Rome, at Palazzo Bonaparte from July 14, the exhibition by Han Yuchen: "Tibet, splendor and purity"
The Salt Cathedral of Zipaquirá impresses with its mapping show
Tweet
Share
Share
Pin