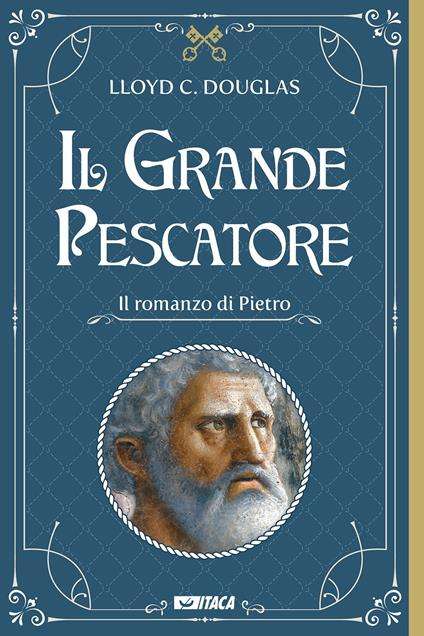 The cover of the book
Photo: ITACA

In a few days they will be celebrating Saints Peter and Paul. Everything is ready for a lively party, lived, especially in Rome, and after two years of forced break due to the pandemic.

But the festive atmosphere is already widespread today because St. John the Baptist is celebrated, a very heartfelt anniversary throughout Europe.. They are three key figures of the Christian faith, three pillars of which we know the salient features, the fundamental role, the writings at the foundation of the Church’s tradition. We also know the central episodes of their lives, the martyrs, death, holiness.

Yet, we often retain a solemn impression, perhaps distant and detached, as if they had been transformed into the thousand majestic statues that enrich basilicas, cathedrals, abbeys, churches … The novels, the stories are perhaps the “means” to bring them a little closer more to us, giants of faith, of course, but essentially men, with their pains, weaknesses, loneliness, even betrayals.

Simon, who will become Cephas, Peter, a fisherman from Galilee, is neither particularly happy nor desperate, he is not distinguished from many others, like him. He works, supports the family, eats, takes care of the time, to know if and how much he will be able to fish. A life like that of thousands of others. But He, the Master, calls Simon himself, chooses him to transform him into a “fisher of men”, And this is how Lloyd C. Douglas tells it in his novel “The great fisherman”, which has now become a classic, from which a film has been made, which in turn has become a classic of the genre, and which the Itaca publishing house has recently re-released.

Douglas was born in 1877 and died in 1951 in the United States. Andwas a Lutheran pastor and was convinced that literature was an essential tool for addressing religious issues, his novels, however, turned into best-sellers and then into internationally successful films. It happened with La tunica, in 1942 and then in the Great Fisherman, in 1949.

The “secret” of this success is perhaps hidden in the fact that the author manages to mix fictional elements, which keep the reader’s tension high, intertwined with the Gospel and historical narrative. At the center of the plots He, Jesus of Nazareth.

In the novel “The great fisherman” everything begins with Fara, sixteen, born from the unhappy marriage between Arnon, an Arab princess, and Antipas, the son of Herod, who decides to leave for Galilee to kill the man who put her world and then left his mother. A journey driven by hatred and the desire for revenge. But she meets John the Baptist – just him – and then in Simone, a fisherman who owns several boats. A quiet life that of Simone, son of Jonah, entirely dedicated to the work of a fisherman. Quiet and banal, all things considered, until the day he hears about Jesus, who for some time has been walking the streets of Galilee, drawing ever more crowds and performing miraculous healings. Simon, who as a young man moved away from religious practice, does not want to believe in him as a man of God, rather he imagines him as one of the many false prophets, but an unusual restlessness leads him to pursue her. When she stands in front of him, however, she has to acknowledge that “there was just something strange about that man”. She begins to follow him and discovers that everything that interested him now no longer has much meaning .. He called him by name one morning and therefore everything has changed.

Douglas manages to tell this story through an intertwining of characters and events that have made it a winning “format”, cas he also did in the highly successful novel The tunicalways centered on the figure of Christ. In the novel dedicated to Peter there is also a portrait of the first Christian communities and their extraordinary experience of the encounter with Jesus, starting from the question: “What is it that makes this man different from all the others?”.

Today is the feast of St. John the Baptist and to celebrate it we would like to suggest the reading of a slightly different, alternative story. But of great quality and charm. The writer Vernon Lee in the late nineteenth century published a series of novels and short stories dedicated to Italy and its immense artistic heritage. In the “Adventure of Wintrop” St. John is present indirectly, or rather it is during his feast in an unidentified city in Northern Italy that is consumed by the mysterious story of Wintrop, an art lover and an artist himself, overwhelmed in a mysterious adventure involving a painting, an unhappy love story, a house that hosts disturbing presences and the beautiful nocturnal landscape in the heart of summer in the long night of St. John.

Readings, the Baptist and Saints John and Paul in the novels of faith and spirituality