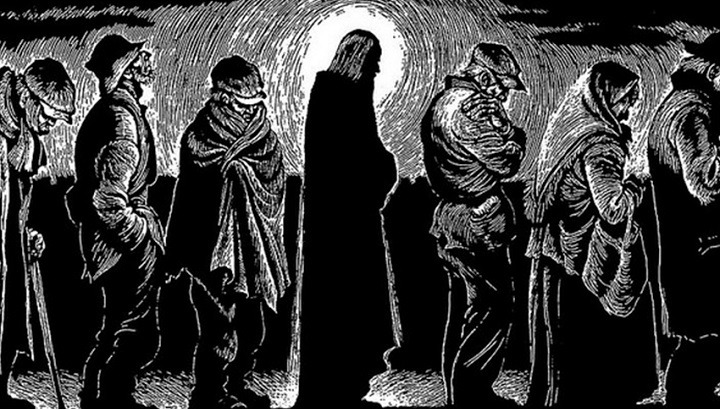 Today, once again, I have to put up with a complicated and not totally evangelical aspect of my character, when, in relation to brothers and sisters touched by death and praised, often without restriction, by survivors, I cannot forget the traits, difficult for me to be understood and accepted, of their biographies.

I still don’t know if this attitude is the fruit of due obedience to the truth or, rather, the result of the hardness of my heart, which is closed to the truth of the other. Surely, however, I can’t envy the simple ones who easily forget and survive peacefully and serenely, without the problems created by memory.

So I confess to you that on that April 19, 2005, while I listened in solitude to the radio broadcasting the conclusion of the Conclave, I exorcised my pessimistic worries in prayer: «that the new Pope is not Ratzinger. May the Spirit give us a pope of hope and evangelical innovations”.

I had Latin American events and arguments to justify an indisputable antipathy, shared, in Brazil, in ecclesial circles faithful to the Medellin prophecy. A deep sadness invaded my heart the moment the name was pronounced: Iosephum.

I must, however, correct those who may be thinking of feelings of rejection and hateful polarization. In fact, despite the undeniable differences, also in relation to style and ecclesiology, between Benedict XVI and his predecessor, Saint John Paul II, in the circles of liberation theology and in the much broader contexts of the pastoral care of liberation, schismatic sentiments and projects have never been cultivated.

Despite the tensions and punishments of the Congregation for the doctrine of the faith, in those thirty-three years, which we defined as winter, we have never given up on preserving the precious gift of ecclesial communion, in the search for a spirituality that knows how to discern and teaches us to live in conflict .

Today, unfortunately, this climate has changed: I have the impression that the dialogic and conflictual dimension of truth, which is constitutive of the Old and New Testaments, norm normans of exegesis, is replaced by the civil war which, at different levels, affects all the nations of the West and is reflected in the sphere of the Catholic Church, threatening the only divine good that we should bear witness to: the truth always allied to fraternal love .

It is good to remind the brothers and sisters who continue to use Benedict XVI unduly to bless authoritarian tendencies – and frequently clearly fascist – to oppose Pope Francis, that we should never lose common sense and charity in any preference and defense of conservative perspectives and to accept the duty to bear witness to the Council, in order to definitively overcome the idea of ​​a Church mistress of truth, with the absolute power of anathemas and condemnations.

Everyone recognizes Benedict’s goodness, simplicity, humility, affability and ability to listen to people, but these undeniable and holy virtues did not work in the ideological debate, as if, in this sphere, it were only of books and libraries.

In this sense, remembering those investigated by the Congregation for the Doctrine of the Faith is understanding that there are no battles and wars that are limited to ideas, but that brothers and sisters are always involved in sentences, with their lives, their sensitivity, their humanity.

In 2001, cruelty takes on retroactive aspects: the thought of Antonio Rosmini (1797-1855) is resurrected with a document that cannot be defined as a complete rehabilitation and admission of a serious error of judgment, in 1854, when silence was imposed on him and , in 1899, when Leo XIII condemned forty theses of his writings. Rosmini, despite the reticence of the Congregation for the Doctrine of the Faith, was beatified in 2007.

It must be said that this list is incomplete; in fact, many other theologians were suspended from teaching or lost their positions Missio Canonica: they are perhaps more than a hundred, in North America, Latin America and Asia.

If, in the convictions prior to Vatican II, the defense of Thomistic and neo-Thomistic theology prevailed, as in the case of Rosmini, or in the crusade of Saint Pius X against the modernists, in the case of the post-conciliar censures the identification of the Petrine ministry with the theology elaborated by Joseph Ratzinger, with the risk, not so remote, that a single theology becomes the unit of measurement of orthodoxy.

Many comment on the radically pessimistic Augustinian nucleus of his theology in relation to the human condition and the history of humanity, but I have the presumptuous and somewhat stupid impression that the root of Benedict XVI’s theological cruelty is due to the theological value, almost dogmatic, attributed to Greek thought as an indispensable part of the Catholic Tradition.

It is from this perspective that this pope weaves a radical opposition to the process of de-Hellenization that began with Occamist anti-Thomism and the Lutheran Reformation. In short, in this perspective, to be consistently Catholic, we could not escape the metaphysical identification of the Parmenides Being with the God of the Bible.

My impression is, then, that, at the heart of the theological and doctrinal tensions, there is an ancient and constitutive confusion in relation to the concept of logos which, in the philosophy of Plato and Aristotle, is identified with rationality, logic. But the meaning of is different logos in Holy Scripture. Logos translates Hebrew in the LXX and in the New Testament dabar which is the word as a communication tool.

The theological power of logos it appears from the beginning, in the book of Genesis, where the creation of the world is born of obedience to the divine word. Logos, in the Gospel of John, is identified with God who becomes human in Jesus of Nazareth. Is Jesus the Logosthe Word source of all words: word, which, like human words, is not the reflection of reality, but, on the contrary, is the creative force of all that exists and which without words would not exist.

It is as if the Church, born in Jerusalem and Antioch, quickly arrived in Athens and Rome, had renounced, already in the first centuries, the radical opposition to Greek rationality (preached by Paul) and to the Roman Empire (denounced by John) .

It is, starting from these two betrayals – which became Tradition – that we can understand something of the current crisis of the Catholic Church.

Ratzinger and the discipline of faith – SediaNews