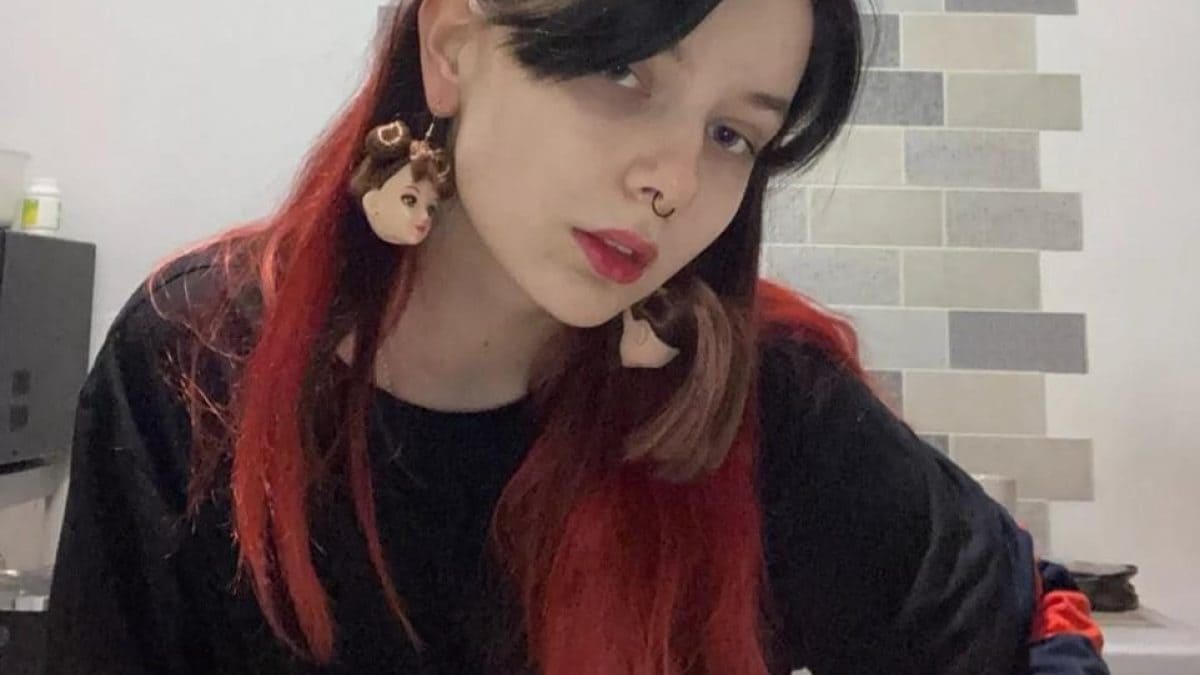 Arkhangelsk student Olesya Krivstova faces five years for sharing anti-war posts. The lawyer: “She’s not even an activist.” In the universities she hunts for “traitors”. Woe to those who do not conform. While the political processes are multiplying. And the atmosphere is reminiscent of fascist Italy.

Turn on notifications to receive updates on

They had a good discussion on a history department chat. Then they decided: better to report Olesya directly to the FSB, the security service heir to the Soviet KGBrather than just the police. “The denunciation is a duty, for a patriot”, wrote one of the guys in the chat to dispel any doubts about the morality of the initiative. Marcello Clerici, fascist spy and professor of philosophy protagonist of the novel and film “The Conformist”, would have appreciated.

Olesya Krivtsova, 19 years olda student of the school of social sciences of the Federal Arctic University (Narfu) in Arkhangelsk, in northern Russia, is now under house arrest, with an absolute ban on communicating. She is accused of “disparaging the armed forces” and of “justifying terrorism”, for some post-pacifists and for sharing an article about the attack on the Kerch bridge in Crimea. On February 13, the court will decide whether to extend the sentence and whether to make him serve it in prison. For the first charge alone, you risk three to five years. The case demonstrates how it is increasingly risky to express even indirect criticism of the “special military operation” in Ukraine. It also demonstrates how much schools and universities are steeped in ideology and conformism. And how much Vladimir Putin’s country now resembles — in some respects — the Italy of the late 1930s described by Moravia’s pen and Bertolucci’s camera.

“The beauty is that Olesya is not even an activist,” her lawyer, Alexei Kychin, tells Fanpage.it: “She’s just a normal student who is not indifferent to the situation caused by the war. But she has never been in politics ”. However, as soon as it received the complaint, the FSB didn’t hesitate. The break-in in the young woman’s apartment took place with mallet blows: “greetings from our Wagner friends”, the “chekists” shouted after smashing the door and pushing the “suspect” to the ground. The reference is to the method with which Wagner’s mercenaries massacre the “traitors”: with mallet blows, in fact. “The agents were extremely harsh, and my client underwent strong psychological pressure,” explains the lawyer Kichin, referring to Olesya’s story. “The situation for those affected by this kind of accusation is becoming increasingly difficult, and trials for crimes of opinion are multiplying”, notes Kichin. Between proceedings in progress and sentences already reached we are at an altitude of 400, according to data from the Ovd-Info organization which monitors the persecution of dissidents in Russia.

In court, the girl cried when the prosecutor asked for jail time. For now, his lawyer has managed to avoid it. But a fine received in the past over a leaflet about Ukraine’s heroic role in the war against Hitler could end up costing her dearly. “Until recently, everything could have been resolved with a further administrative procedure,” explains the lawyer. “Not anymore. Repressive rules have increased and tightened. A new article of the penal code (280.3, ed) provides for heavy penalties in case of repeated discrediting of the Russian armed forces”. Paradoxically, a monument in the Alexander Gardens under the Kremlin walls reminds all Russians of Kyiv’s heroism against Nazism in World War II. Just like Olesya’s flyer did. But reality is never one-way in Russia. “Discrediting the military” today simply means saying something different from the official Kremlin story. And according to the official version, Ukraine is Nazism. Who cares about the monument. “You have only said falsehoods”, commented the defendant at the end of the hearing. We don’t know if she was referring only to her trial or if she was speaking more generally of the government narrative on the ongoing conflict and history.

Certainly, anger at injustice has turned tears into courage. Wiping her eyes, Olesya rebutted the accusations in the courtroom. She exposed a college friend who said she threatened her and another who she claimed was fleeing Russia, the lawyer says. But even if the match isn’t closed and she won a few rounds, everything appears against her. Including the “traitor hunter” Timur Bulatov: famous because he studies social networks to denounce “enemies of the people” – or those who dare to deviate from the Kremlin’s line – in the past he arrested the LGBT activist Yulia Tsvetkova and framed other people. Now, on his Vkontakte page, the Russian Facebook, he takes the “merit” of having also denounced Olesya Krivtsova, well before his diligent classmates. Neither the lawyer Kychin nor the Interior Ministry – contacted by the news site 29.Ru – have confirmed the circumstance. Bulatov is an “aggressive conformist”, according to a definition given by political scientist Andrei Kolesnikov to a social type that is increasingly widespread in Russia. They are the regime’s fundamentalists, who don’t need input from above to unleash against those they deem unworthy and often do more damage than the authorities themselves can do. These are people who took very seriously Putin’s call to “spit out traitors like midges you got into your mouth” about twenty days after the invasion of Ukraine.

If Bulatov in this affair could only be a braggart, a report by the director of Olesya’s university course, Ayrtom Makulin, is certainly in the trial documents. “Very negative towards my client,” reports Kychin. Makulin recently expelled from the university Darya Poryadina, journalist of the independent newspaper Sota, specialized in documenting the protests against Putin. Last March he spoke at the conference “Patriotism, law and order”, organized by the president’s party, United Russia, to “consolidate the healthy forces of society in the face of threats from the West”. In short, it is clear which side he is on. On the other hand, in the race to give Russia an ideology of the “special operation”, the regime has certainly not forgotten the university: a compulsory course was recently instituted for all students of all faculties which includes history lessons in the Putin’s “patriotic” reinterpretation, others on traditional spiritual and moral values ​​and a part on “Russia and the world”, to justify isolationism and opposition to the West. The vision tends to mobilize society in support of the sovereign and delegitimizes anyone who does not conform to the national idea and the values ​​it proposes. This is what Putin’s universities have become. He is not surprised that in the classrooms the climate around “not indifferent” people like Olesya is getting gloomy.

The ideology course for universities was approved a couple of months ago. Previously, indoctrination stopped at schools. With a sharp acceleration, which occurred last May following the national forum entitled “Syla b pravde”, or “the power is in the truth”: a joke known to all in Russia, taken from the cult film “Brat-2”, which idealizes the eternal struggle between “just us” and “the hostile West”. But power in Russia is not in truth. It’s in the propaganda. And as decided during the forum, in this school year from primary school onwards, every Monday lessons begin with the national anthem sung in choir and the flag-raising. Hours of Homeland History, revised and corrected by the Kremlin, are added to the usual subjects. Military training courses will also be gradually introduced in the coming months, Education Minister Sergey Kravtsov told TASS. The modules should be fully operational from next September. The Chief of Staff Valery Gerasimov would like 140 hours for those between 15 and 17 years old. So Vladimir Putin will have his “balilla”. Which serve little for wars but a lot for the indoctrination of society. They serve to increase the number of conformists. And then the denunciations. And trouble for Olesya Krivtsova and many others. People will denounce “traitors” because they will have learned in school that it is normal to do so. After all, even our Marcello Clerici was driven to his actions by a desire for normality. Then one day the regime will fall. Even in Russia. Olesya and the others will be safe. And, like Marcello Clerici at the end of the film, today’s more or less aggressive conformist, shouting, will attribute the horrors they themselves committed to others. I wonder if the Russians and the world will believe him.

“He’s not a patriot” and classmates have her arrested: 19 year old risks 5 years in prison in Russia

South Africa: Abel Selaocoe, the cellist who shows us the link between Bach and traditional African ...
The classic playlist to go green
The agenda of the week 8
Tweet
Share
Share
Pin