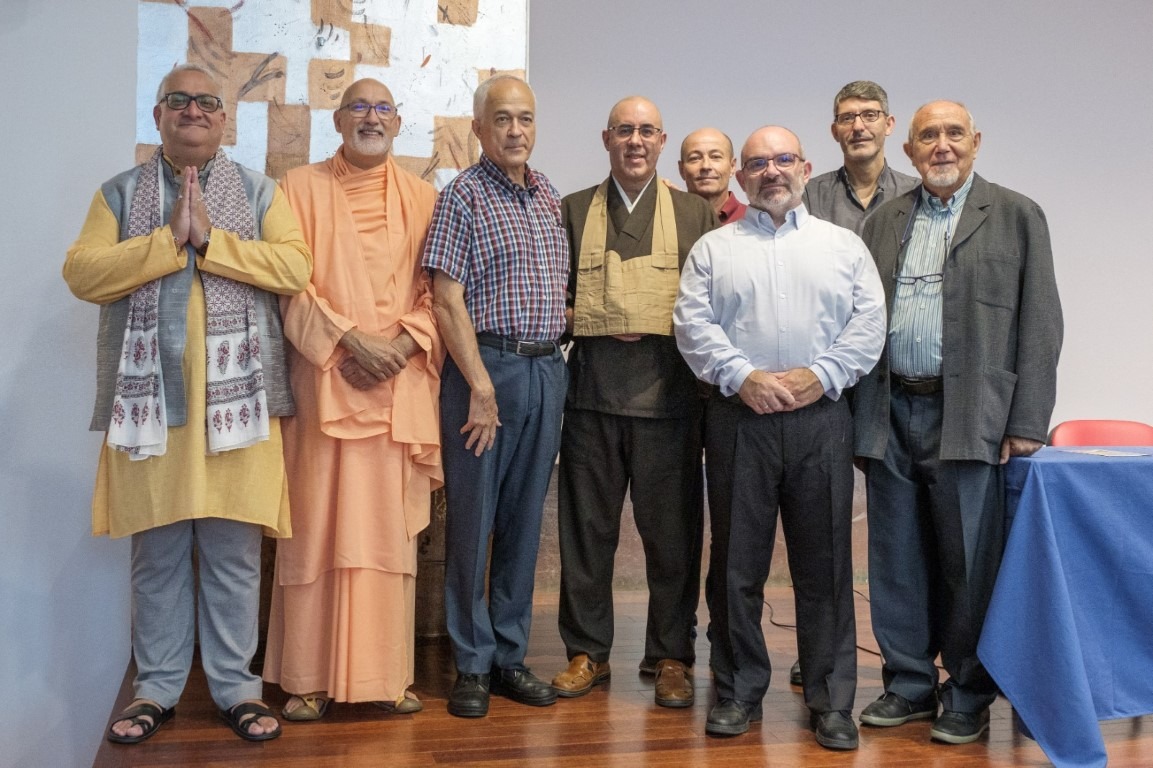 On September 10 and 11, the Nature and Spirituality Interreligious Congress was held in Madrid, organized by the Federation for Universal Peace and with the collaboration of the Hindu Federation of Spain. The meeting place was the assembly hall of Espacio Ronda in Madrid, a beautiful multidisciplinary building.

Like its predecessor, which took place in March in the city of Ceuta, this second meeting is based on the book Nature and Spirituality: the worldview of religions in the face of global change. The book has the participation of eleven authors from nine spiritual traditions and is edited and coordinated by the Hindu priest Juan Carlos Ramchandani (Krishna Kripa Dasa). The Madrid meeting has managed to bring together nine of the eleven authors, which is quite an achievement since almost all of them have very busy schedules.

The first day began with the presentation “The Christian faith and the challenge of sustainability. Interreligious contributions to the environmental debate.” Father Jaime Tatay Nieto: Jesuit priest, professor at the Faculty of Theology at the University of Comillas and director of the magazine Razón y Fe.

It was followed by the conference “Nature, poetry and silence in Zen Buddhism.” Given by Denkó Mesa: Zen master, spiritual director of the Luz del Dharma Zen Buddhist community, author of several books.

At the end of the presentations there was a space for questions and comments by the attending public number.

There was a coffee break, which the speakers used to chat with the audience. 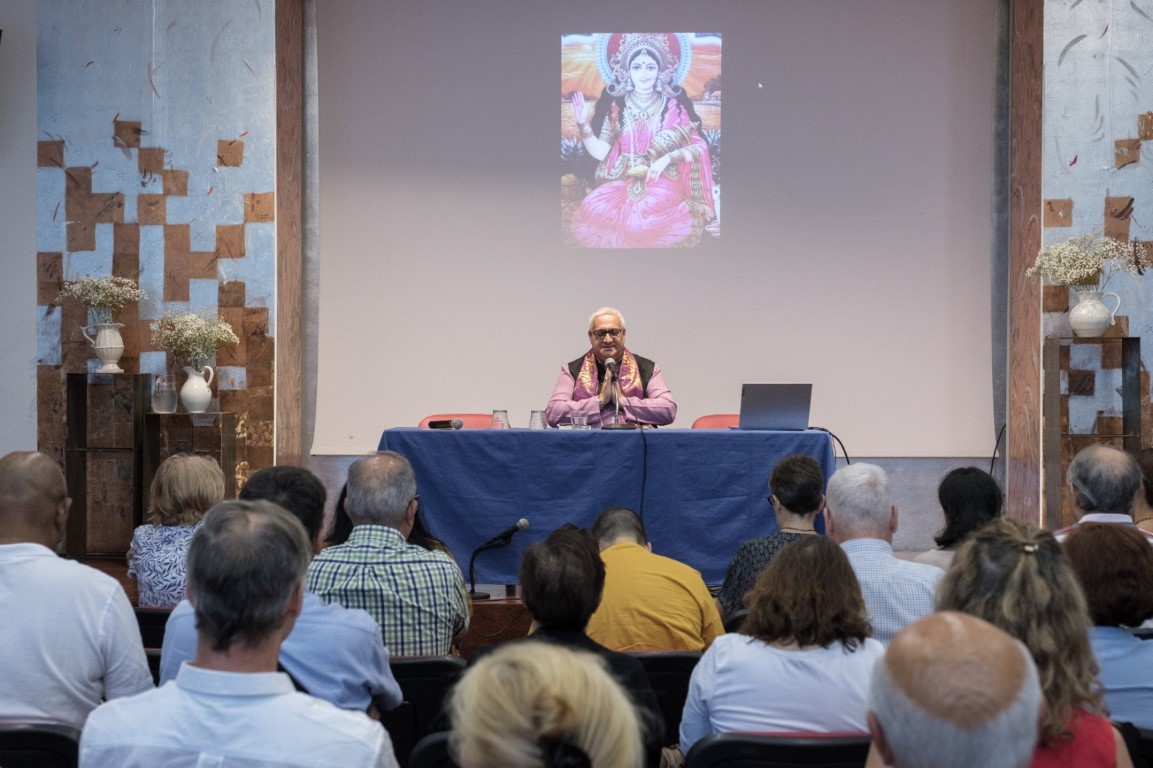 The second session began with the presentation entitled: “The Bahá’ís and Nature.” Taught by José Luis Marqués: he has been secretary of the Bahá’í Community of Spain, has given lectures in 18 countries on human rights and education for peace. Author of several books.

The day concluded with the presentation and audiovisual projection entitled “Campus Phi, a Vedantic response for a sustainable lifestyle.” Taught by Pujya Swami Rameshwarananda Giri: Sannyasi Hindu monk, director of the European School of Yoga Vedanta and Meditation. Founder and president of the Phi Foundation. Founding member and current president of the Transcendence International Interreligious Forum.

It was followed by the presentation of the other from Ceuta, “The experience of life, the transcendentalist vision of nature.” Given by Óscar Ocaña Vicente: Doctor in Biological Sciences with a specialty in Marine Biology. Director of the Museo del Mar de Ceuta and author of several books and scientific publications.

Then there was a presentation entitled “God in nature, the perspective of Master Sun Myung Moon” by the host of the event Armando Lozano Hernández: Director of the Espacio Ronda cultural center in Madrid and the Federation for Universal Peace. He has been responsible for the Unification Church in Spain.

There was a necessary and appreciated coffee break, where the authors took the opportunity to chat with the public and take pictures with those who requested it.

The second session of the last day began with the presentation entitled “Judaism and ecology” given by Rabbi Mario B. Stofenmacher: Director of 4turim, Center for Jewish Education and Culture. Advisor to various Jewish associations. Founder of the Masorti Bet-El Jewish community in Madrid.

It was followed by the presentation entitled “The human being and nature. The Islamic worldview.” Given by Vicente Mansur Mota: Graduated in Islamic sciences and Arabic language from the Islamic University of France. He is the author of several books and translations on Islam.

The meeting concluded with the signing of copies by the present authors and some group photos. Both the audience and the speakers were very happy, both parties agreed on the need to organize this type of event more frequently. The extreme need to care for and preserve our planet has been more than demonstrated, and in addition to government agencies and environmental organizations, it is extremely important to have the advice and involvement of religious entities and their respective leaders.

From the organization they thank “Marcos Soria (Mahadeva) for the photos taken during the event. To the exquisite vegetarian catering by La Biótika. To the entire human team of Espacio Ronda in Madrid for the excellent organization of the event”.

Ramchandani participates in the Interreligious Nature and Spirituality Congress in Madrid