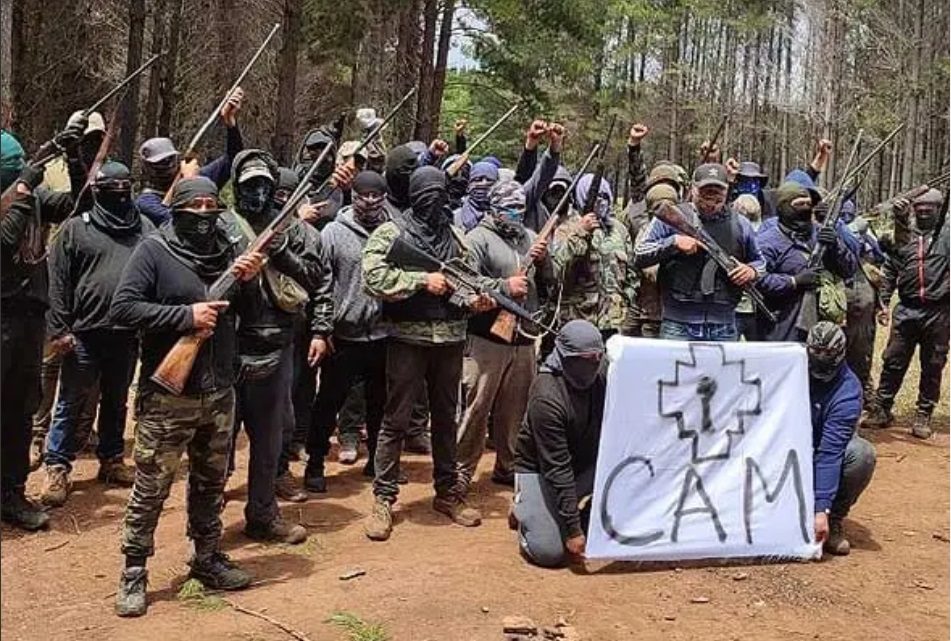 Through a communication sent to us Werken News The Arauco Malleco Coordinator pronounces itself before the latest facts, regarding the arrest of 4 of its members and blames the government for forming a political persecution against the organization.

IN THE FACE OF THE PERMANENT POLITICAL PERSECUTION AND IMPRISONMENT OF OUR SPOKESPERSON AND OUR PU WEICHAFE, the communities in resistance in political alliance with the Arauco Malleco Coordinator, after a trawun held on September 3 at the Peleko-Pidenko lof in Nagche territory, declares to our Mapuche nation people, to the lof and communities in resistance, to Chilean and international public opinion, the following:

KIÑE: That, given the recent imprisonment of our spokesman Hector Llaitul and our pu weichafe, Ernesto Llaitul, Ricardo Delgado Reinao and Esteban Henríquez, as an organization we assume this fact as an act that responds to the political persecution that has been going on for many years now. about those Mapuche who have worthily assumed the weichan as the only way to confront this racist and colonialist State that, since its installation, has done nothing but use the same strategy towards our people: persecution, death and imprisonment.

EPU: That, in this same sense, we hold this nefarious government responsible for continuing indiscriminate extractivism and the militarization of our Mapuche territory in alliance with the large forestry companies and economic conglomerates that have historically robbed and impoverished our people. Disguising today, its true intention, with this folkloric show such as the plebiscite that is taking place precisely these days, of which some were unfortunately part who, in order to receive crumbs, were able to negotiate and betray our people.

KÜLA: that, as an organization supported by our communities in resistance, we assume the political imprisonment of our spokesperson and our pu weichafe, with overflowing pride and dignity. Warning this government and all its repressive political apparatus that, in the face of any measure, we will continue with our heads held high and with even more conviction, fighting and confronting this capitalist system, without compromising, without negotiating, without taking a single step back until we achieve total liberation and autonomy of our beautiful and dignified Mapuche nation people.

MELI: Regarding the political quality of the imprisonment of our weichafe, we are emphatic in saying that this is a political operation carried out by the government of Gabriel Boric, which lacks legal grounds in both cases, with absolutely insufficient evidence and elements. that allow criminal responsibility to be concluded, a claim that the Public Ministry has when imprisoning our spokesman invoking the State security law and the criminalization of our pu weichafe.

KECHU: At this point we address our political prisoners, so that they have absolute confidence in us that, from our families, communities and territories in resistance, we will continue with the worthy struggle of our people. Fight that each one of you, with courage and dignity, embodied and consciously assumed, to the point of facing prison and even death.
Also know that from here we fully trust the newen that each one of you carries in your pullü, and that we know will keep you firm enough to face this process.

KAYU: Lastly, we call on the ORTs of the CAM, the communities in recovery processes and the other expressions of resistance along the lines of the weichan, to maintain momentum on the path bequeathed by our kuifikecheyem. To strengthen our Mapuche spirituality so as not to fall into the strategic confusion that seeks to dismantle the Mapuche autonomist movement. To continue on a war footing against the Chilean State, historical enemy of our people, as well as against any capitalist expression that occupies, preys on and destroys our Wallmapu.
Having said all this, we urge national and international political unity, since we assume our national liberation struggle as anti-colonial and anti-capitalist, an issue that unites us in resistance with those other revolutionary struggles that take place outside Mapuche territory.

FOR TERRITORY AND AUTONOMY FOR OUR MAPUCHE NATION PEOPLE!