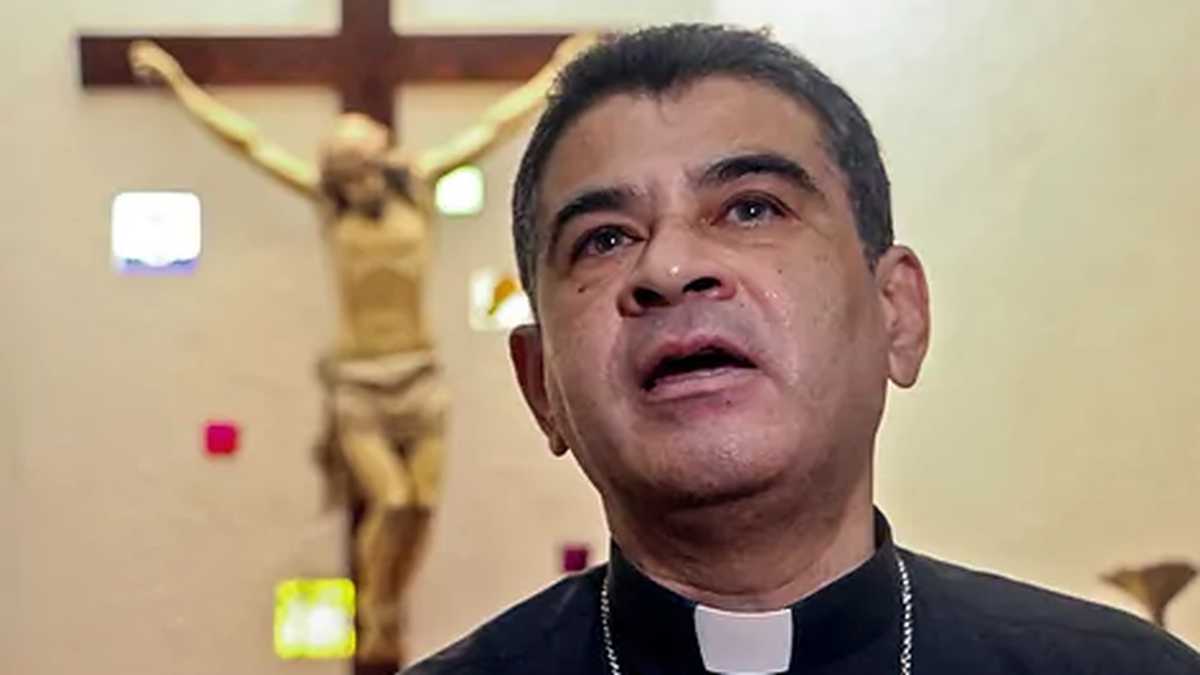 The president of Brazil, Jair Bolsonaro, offered this Tuesday at the UN General Assembly to “open its doors” to religious Catholics who “suffer persecution” by the Daniel Ortega regime in Nicaragua.

“Brazil opens its doors to welcome Catholic parents and nuns who have suffered persecution from the dictatorial regime of Nicaragua”, assured the president in a speech in which he mentioned the achievements obtained by his government and in which he assured his respect for freedom of expression and religious law in his country.

The most recent case of attacks on the Catholic Church in Nicaragua is related to the arrest of Bishop Rolando Álvarez after the police raided his residence and placed him under house arrest.

The authorities accuse the Diocese of Matagalpa, led by Bishop Rolando Álvarez, of “inciting hatred” to destabilize the country, for which the opening of an investigation against what he considered “criminal acts” began.

“The high authorities of the Catholic Church, Diocese of Matagalpa, headed by Bishop Monsignor José Rolando Álvarez, (…) they are trying to organize violent groups and inciting them to carry out acts of hate against” the government, police said in a statement.

According to that institution, they are using “their status as religious leaders” and the “media and social networks” to create “anxiety” and cause “an environment of anxiety and disorder, disturbing peace and harmony in the community with the purpose to destabilize the State of Nicaragua.”

The bishop demanded in his masses that religious “freedom” be respected and accused the government of wanting “a mute church.”

The investigation against you It was announced hours after Ortega’s vice president and wife, Rosario Murillo, hinted that the bishop’s criticism could be considered a “crime.”

What it does is “generate discredit towards those institutions that deserve respect (and that) is also a crime, it is a sin against spirituality,” he warned.

Nicaraguan priests have been heavily criticized by the government since the 2018 opposition protests, for having given shelter to demonstrators who were injured or were fleeing the repression of the demonstrations.

“Let’s remember that he led the failed coup together with other priests,” according to the pro-government deputy Wilfredo Navarro.

According to the Inter-American Commission on Human Rights (IACHR), the repression left 355 dead. Some 190 opponents are in prison accused of “undermining national integrity” and other crimes.

Ortega considered the protests as part of a failed coup promoted by the opposition with the support of Washington, in which, he said, the bishops were complicit.

But not only high prelates and priests have been subject to persecution by the Ortega regime, five stations in his Diocese in Matagalpa were closed by the authorities, for alleged illegalities.

The closure of these media joins the closure, last June, of the channel of the Episcopal Conference, as well as TV Merced of the Diocese of Matagalpa and the Catholic channel San José de Estelí (north).

Seven other priests are also in jail on charges ranging from alleged child abuse to disorderly conduct, though none have been convicted so far.

Last March, The Vatican reported that Nicaragua withdrew its nuncio in Managua since 2018, Waldemar Sommer, the approval to remain in the country.

Call of the European Parliament

For its part, the European Parliament asked Nicaragua for the immediate release of Bishop Álvarez and condemned the arrest of members of the Catholic Church, in accordance with a non-binding resolution approved by a large majority.

In the resolution, MEPs condemned “in the strongest terms the repression and arrests of members of the Catholic Church in Nicaragua, in particular the arrest of Bishop Rolando Álvarez.”

The document approved by 538 votes in favor, with 16 against and 28 abstentions, “calls for the immediate and unconditional release of all victims of arbitrary detention, including Bishop Álvarez and those detained along with him.”

It also demands that “All judicial proceedings against them, and the sentences imposed, be annulled.”

The resolution recalled that Álvarez has played “an important role as a mediator in the 2018 national dialogue and has constantly called for a peaceful and reasoned dialogue in Nicaragua.”

This year, Parliament had already approved by a large majority another non-binding resolution in which it requested sanctions against judges considered responsible for acts of repression in Nicaragua.

It is the sixth resolution of the European Parliament dedicated to Nicaragua in its current legislature, which began in 2019.

*With information from AFP.