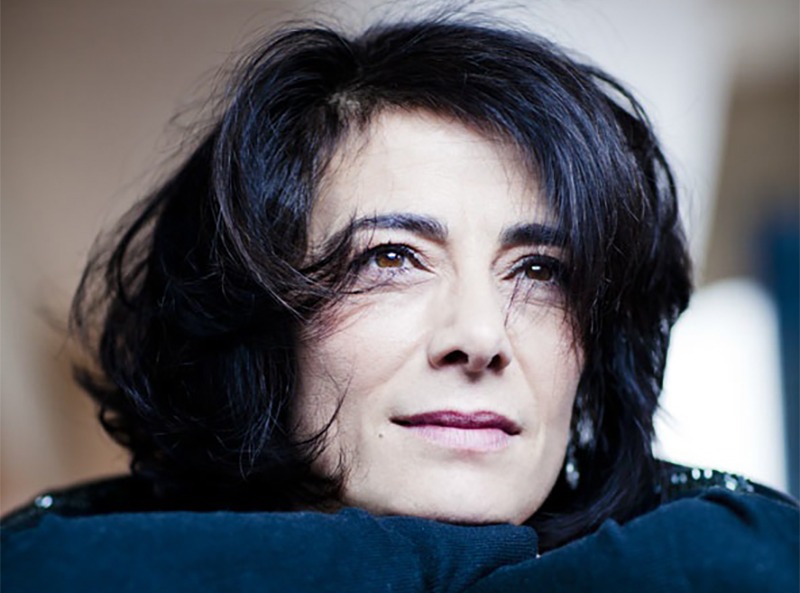 Born in Palestine, established between France and the United States, it is through theater and directing that the actress and director Hiam Abbass, who oscillates between Hollywood blockbusters and political films, invests the city. For Architecture Chronicles, she delivers an uncompromising and humane look at the way architecture and the city shape society. Meet.

The actress is far from unknown. Fans of dark rooms will have come across her at Amos Gitaï, Denis Villeneuve, Steven Spielberg, Ridley Scott, Jim Jarmusch, Radu Mihaileanu, Patrice Chéreau, Jean Becker or even Zabou Breitamn, for the best known, as well as in the juries festivals in Berlin, Deauville and Cannes. The Succession series in which she has officiated for several seasons won four trophies at the Emmy Awards ceremony in September 2022. Far from Hollywood, the actress fights for another audience.

You were invited by the Festival de la Ville Sauvage which was held in Marseille from September 15 to 17, 2022. You said that the city ceases to be a place of transition when it becomes a place of residence. However, our societies are subject to a multitude of more or less violent, economic, climatic or more recently political migrations. Aren’t cities still just places of transition?

What legacy are we going to leave to the youth? I am a mother, our generations are responsible for what we bequeath and we leave a house in ruins. It is a self-destructive circle in which youth cannot build.

The city in transition is subject to political and environmental diktats. We must ask ourselves about the harm that human beings are capable of doing, of doing themselves. I inherited the result of this evil. I want to get rid of it by questioning myself in the stories I tell and in my social commitments.

By what commitments do you serve the city?

Hollywood is a happy world. It’s not where I come from. I stay in touch with myself by acting for the collective. My commitment is cultural and literary. It goes to people who need to find themselves in our society which has excluded them. They then exclude themselves. I fight against this.

For example, with the actor and the theater director Jean-Baptiste Sastre, we put on shows in which we choose an author in order to allow all those who do not have access to them, through the theater, to find their square. With the diakonia of the Var, we had chosen to work with Giono. I think bringing people together can happen through culture. I translated Georges Bernanos into Arabic and performed it in Jerusalem. Culture and theater are links between nations.

During the tandem with Nigerian artist Emeka Ogboh, you preferred to talk about Humanity rather than Urbanity.

For me, it’s not buildings that need to be changed, it’s life. We need to speak again to the communities, to all the communities. During the festival, I hear architects say that to improve the city we need to build more car parks and places to live. Which annoys me since we are not interested in people. If we don’t talk to people who feel left out, the connection won’t happen.

In this commitment, to make art is to make an act of resistance. I became a spokesperson for Palestine because when you come from a place, you can’t really leave it. The whole question is to understand how to transform it into a new culture and create a new city.

Politicians must have the courage today to think of the city differently. We must stop thinking of the city as a bourgeois place. You have to get people out of their community. We must make them encounter the culture of the other while giving them back the right to their own culture.

From now on, the standard is imposed without thinking on the whole population. However, I deeply believe that things work to move forward when they come from the inside out.

What place for humans in the city?

What is a beautiful city? There is a fascination and satisfaction with beauty and aesthetics. However, how many places are ugly but in which it is possible to feel emotion, poetry and beauty. I really like this sentence from Simone Weil, the philosopher, to define beauty which is ” what seduces the flesh to obtain permission to pass to the soul “.

I plead for a return to spirituality, which is not religion, to rediscover the human. To forget the human is to forget his body and forget his soul.

I think we need to study architecture with more humanity to ensure that all citizens can feel at home. The links between the citizens in the city are distorted, to move in the car, it is to block the human gaze and to lose there again a little of its soul. You have to walk in the city to see it.

” Each of us is in perfect harmony with our self. interior” said Bernanos. I would like to find a personal rigor in all those who make the city. You can’t miss things if you’re rigorous. We would be inspired to be constantly in a movement from inside to outside. If the artist, the architect, the writer, is not in harmony with himself, he will create emptiness of the soul and emptiness of the human.

To paraphrase Louis Kahn, the architectural work must fit into a circle. Thus we can insert political and societal commitment inside a circle. The circle is the whole. Only then will we be able to get out of this circle. I strongly believe in this contrary movement in order to escape from oneself and from one’s ego.

For me, the buildings, the contemporary architectures, are the voids of the soul from which one cannot feel any pleasure. Unlike for example the Platform, where the festival takes place, which is a dirty but beautiful place. To conclude, I believe that it would be in our interest to re-examine ourselves on the spiritual link that exists between oneself and the building. This is what will allow us to build a city, together and for everyone.

Hiam Abbass: It’s not buildings that need to be changed, it’s life!