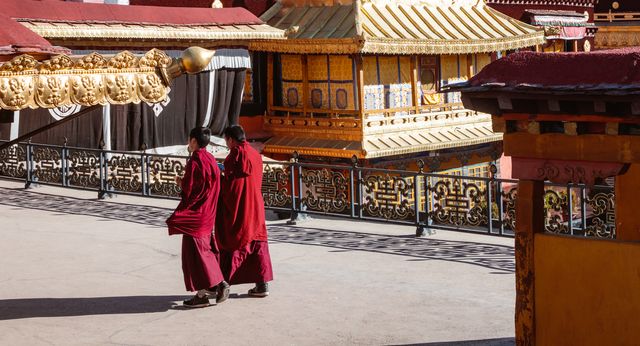 The appointment is online on 12 and 13 November on the official Youtube and Facebook channels of the Italian Buddhist Union. In fact, the conferences that will be held in the spaces of the Giangiacomo Feltrinelli Foundation in Viale Pasubio 5 in Milan will be broadcast on their respective profiles and open to the public and will animate the two days dedicated to social, educational, environmental and political issues concerning Tibet today. The program of interventions and speakers, very dense and divided over the two days, will be interspersed with a special preview screening in Italy of Never Forget Tibetthe new film by Jean-Paul Mertinez that tells the untold story of the Dalai Lama.

Guests of honor at the conference organized in collaboration with the International Campaign for Tibet (organization chaired by actor Richard Gere), the family members of His Holiness the Dalai Lama, including his sister, Jetsun Pema, for 42 years president of Tibetan Children’s Villages for Tibetan refugee students. The two-day agenda is full of very different appointments but the fil rouge is very clear already by taking a quick look at the program (available online). “Tibet certainly raises questions of human, civil and political rights. But not only. Tibet is the cradle and guardian of a millenary culture animated by principles of wisdom and compassion” and this will be discussed, declared Filippo Scianna. President of the Italian Buddhist Union. A 360-degree view on the Tibetan issue thanks to the participation of speakers and guests, which will range from educational to environmental issues, with an important focus on the issues of justice and human rights.

Among other things, these are the same themes that the film presented in preview addresses, albeit with a focus on the history and spirituality of the Dalai Lama. Never Forget Tibet. The Dalai Lama’s Untold Story. The film, which will be shown in the hall for the guests, will also be visible online on the official website of the Union with a small contribution, of which part will be donated to educational projects aimed at the Tibetan people.

“In the strange age we are living in, it is essential to share love and compassion among ourselves and towards the natural world. This is the heart of the Dalai Lama’s message,” said Jean-Paul Mertinez, director of the film. To do this, the director retraced the secret story of the Dalai Lama’s journey to exile, told in his own words and thanks to exclusive access to the hitherto unknown private diary of Har Mander Singh, the Indian officer who led him. rescued. There will be exclusive contributions from the Dalai Lama’s family, the Tibetan community in exile and those who in some way have a deep connection with Tibet. Not to be missed.

Elle Italia editorial staff
Like Elle Italia and Hearst Italia, we believe in information that helps you live better.