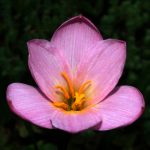 GOOD MORNING EVERYONE
Almanac for Saturday, November 12, 2022
It is the 316th day of the Gregorian calendar.
There are 49 days to go until the end of the year

IT HAPPENED
1927: Opening of the Holland Tunnel to traffic,
2.6 km long, connecting New York to New Jersey
passing under the Hudson River.
1941: World War II: the temperature around
in Moscow it drops to -12 ° C. The Soviet Union launches for the
first time an attack by ski troops against the forces
German “frozen” attested just outside the city
1944: World War II: the Royal Air Force
launches one of the most successful precision bombings
of the war, and the German warship sinks
Tirpitz, off the Norwegian coast
1948: In Tokyo, a war crimes tribunal
sentences seven Japanese government officials to death,
including General Hideki Tojo, for their role in the
second World War
1969: My Lai Massacre (Vietnam): Seymour Hersh, a
independent journalist, reveals the story of My Lai, where
the ‘US peacekeepers’ massacred 504 unarmed civilians e
unarmed, mainly the elderly, women, children and babies.
The Lieutenant, sentenced to life imprisonment, the day after
Condemnation, received indulgence from the
American President, who ordered his transfer
from prison to house arrest. After only 3 years e
half, by order of the federal judge, was released.
1970: The Oregon Highway Division attempts to destroy the
carcass of a stranded whale in Oregon using
explosives, leading to the infamous episode of the
‘exploded whale’
1989: Achille Occhetto starts the Bolognina turning point
which will lead to the dissolution of the Italian Communist Party
1990: Tim Berners-Lee publishes a formal proposal
for the World Wide Web
1991: Dili massacre, police open fire on a crowd
of black demonstrators in East Timor (Asia)
2001: 2001 Attack on Afghanistan: The Forces of
Taliban leave Kabul, the capital of Afghanistan,
before the arrival of the Northern Alliance troops
2003: They die in a suicide bombing in Nassiriya in Iraq
23 people, including 19 Italians: 12 carabinieri, 5 soldiers and
2 civilians

In the work, I wanted to remember the 12.11.2003 where, in Nation
far away and on a Peace mission, in addition to 5 Italian Soldiers and 2 Civilians,
12 Carabinieri died.
In the foregroundthere is a crater whose sides are decorated with friezes (Flame)
whole or in part, red, of the blood of the Fallen.
From the crateran indefinite figure stands, sad, absorbed, absent, shocked:
it is the Italian people.
On the sidethe black, the darkness of the nation, lost by the event.
Yetwalls torn apart by the explosion.
A white stripe. The detachment from the homeland, from the homeland.
Above the figurepartially hinted at, a lamp, an unmistakable headdress
of the Carabinieri, dominated by the Flag, offended by the event (there is a stain
of earth on top of the white).
From the bloody friezes, it raises a spirituality that it goes to reunite with
the other Fallen and thus reconstituting, detached from the other elements of the picture and
in the center of the crater, “the flame that does not go out”Which continues to
perpetuate the example to future generations.

2014: The Rosetta probe lands 10 years after its launch
on the surface of comet 67P / Churyumov Gerasimenko

TIME TO TIME
1996: a Saudi Arabian Airlines Boeing 747 and a
Ilyushin Il-76 cargo plane of Kazakhstan come into
collision. 349 the victims
1999: a 7.2 magnitude earthquake hits the province
of Düzce, Turkey. 894 confirmed victims
1999: In Foggia a building collapses in Viale Giotto: under the
rubble the lifeless bodies of 67 people will be found
2012: Flood of the Grosseto Maremma:
5 victims and huge damages.

RECURRENCE
Day of remembrance of the military and civilian fallen
in international missions for peace.

MEANING OF THE NAMES
RENATO, RENATA – From the Latin Renatus = resurrected; from
renàsci = to be born again – Name of pagan origin, but
also adopted by the first Christians for those who converted
to faith

PROVERB
Neither with the madman nor with the saint,
do not dare to joke so much

SAY IT WITH FLOWERS
The meaning of Cooperia is …
– Mystery

ONE PHRASE A DAY
The largest social unit in the country is the family.
Or two families: the regular one and the irregular one.
(Federico Fellini)

THINKING OF THE MORNING
The smile,
allows the soul to breathe
(Fabrizio Caramagna)

MAXIMUM OF THE FUN DAY
At the sea:
“Madam, can you touch it?”
“Oh no, my husband arrived today!”