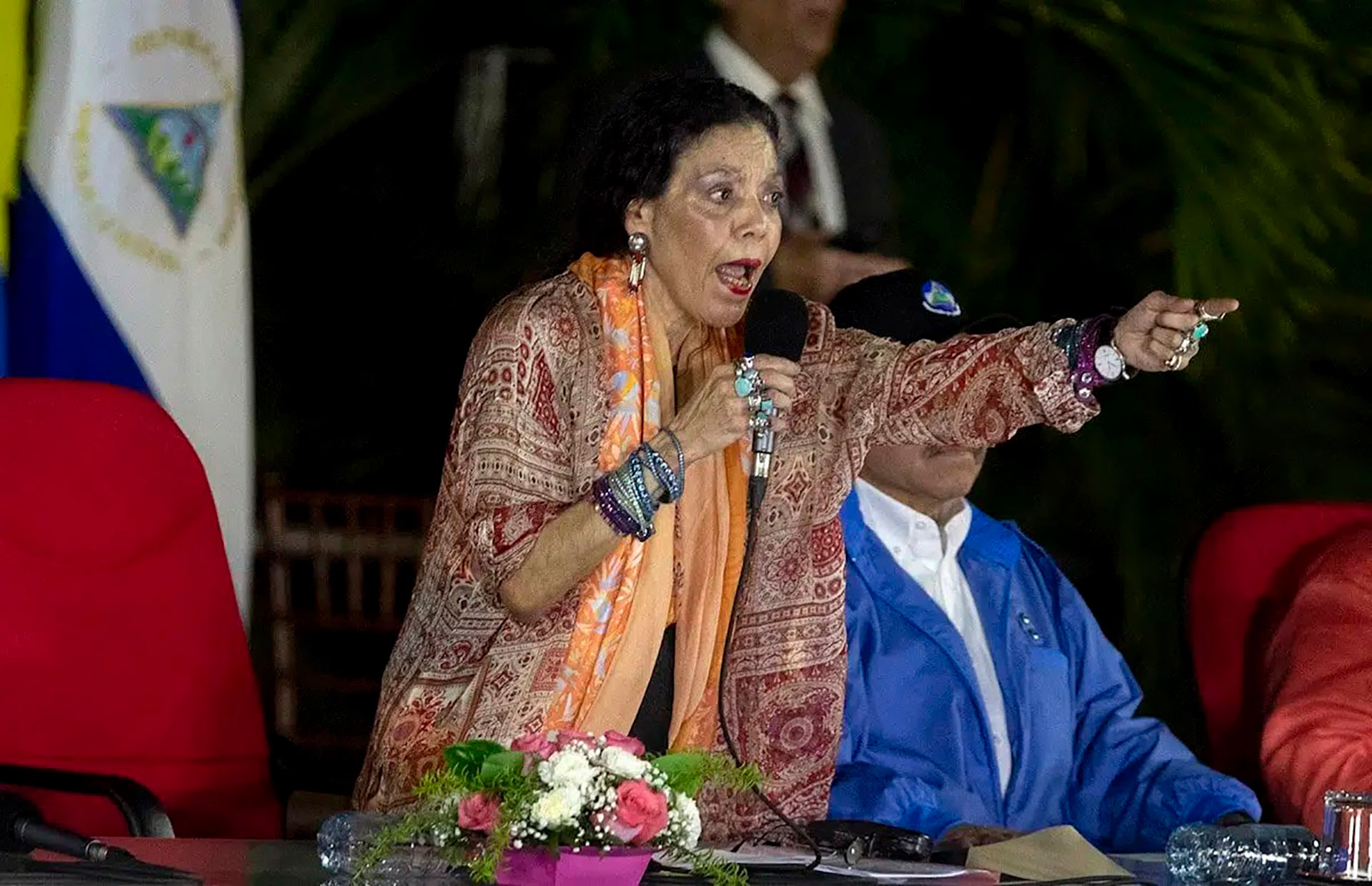 The Nicaraguan bishop, Rolando Alvareza critic of the government of Daniel Ortega, denounced this Friday that he continues for the second consecutive day locked up in his curia due to the police siege, despite the vocation of “dialogue” and “peace” of the Catholic Church.

In this context, the vice president and wife of the president, Rosario Murilloreproached the bishop with hints in which he described his criticisms as a provocation that he considers can be interpreted as a “crime”.

In this context, Murillo threatened Álvarez: “These are days to take into account that in this blessed homeland there are laws too, You cannot, you should not break the laws, much less commit crimes, because provoking, Flaunting impunity is a crime, especially when what is provoked is discord, debauchery, we are not here for that”.

in dialogue with Channel 4Murillo added that in Nicaragua “There are laws. You cannot sow hatred or discord, on the contrary, we have to work in peace, with love, without hatred, without malice, without bitterness and without poison”.

Without mentioning names, Murillo also said that “when you lose respect for yourself, or respect for the other person, for the community, for the family, for symbols that, as we have said, are sacred, sacred symbols of our sacred beliefs, when respect is lost they are in a total loss of self-respect and the person is objectified, becomes a thing and what is gained, on the contrary, everything is lost and what is gained is the rejection of the person who provokes and the growing rejection towards what everything we have known throughout our lives, as institutions that deserve respect”.

“And generating discredit to those institutions that deserve respect is also a crime, it is a sin against spirituality”threatened Murillo, who assured that Álvarez could be “imprisoned”.

“What corresponds to us human beings on this plane is buildnot destroy let alone destroy each other or pretend to because that time has passed, or destroy oneself in those outbursts of fury that only vanity or arrogance can explain,” he concluded.

“The road in front of our curia is always closed and blocked by the National Police. The main door as well as the exit garage is also blocked by the riot police, ”Álvarez lamented, during a mass that he broadcast on the social network.

Álvarez, bishop of the Diocese of Matagalpa, northern Nicaragua, and member of the Nicaraguan Episcopal Conference (CEN) He said that he remains inside the curia along with six priests and six lay people.

In spite of “In this situation, we maintain our strength and inner peace” because “we are men and women with the capacity for dialogue, harmony, understanding” and “peace”, he stressed.

The prelate, 55 years old, began to be besieged on Thursday by the policeafter raising his voice against the closure of several Catholic stations and the harassment that he said exists against the Catholic Church.

First the police surrounded the curia, where he lives, to prevent him from leaving, and then the agents tried to prevent him from returning to the episcopal headquarters to participate with other parishioners in the “crusade of prayer and protection of the priests” what the church does.

After returning to the curia, the bishop demanded in a Eucharist the cessation of the “harassment” and “harassment” to the priests and demanded that the government respect the “Liberty” religious.

Then, on Thursday afternoon, riot agents were stationed at the entrance to the curia to prevent him from going out to the cathedral to preside over a mass, the bishop himself denounced in a video published by Cenidh on Twitter.

Álvarez announced that he will celebrate masses inside the curia until they let him out, and that at night they will perform “sung” of religious melodies.

(With information from EFE)

“We want them to leave us alone!”: the plea of ​​a Nicaraguan bishop to the Police of the Daniel Ortega regime

The dictatorship of Daniel Ortega in Nicaragua threatens to arrest a bishop: he accuses him of committing “sins against spirituality”