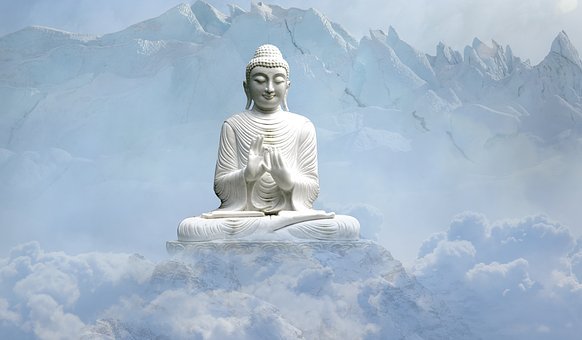 Velásquez, an economist expert in hydrocarbons, maintained that the conflict supposes “a very strong blow” due to the rise in the price of oil, which will have a negative impact on the subsidy of hydrocarbons and, consequently, on the state coffers.

La Paz, July 2 (ANF). – The structural weaknesses of the Bolivian economy have been more exposed and aggravated in the fiscal, hydrocarbon, agriculture and food supply sectors due to the consequences of the invasion war launched four months ago by Russia against Ukraine.

This was stated by analysts Raúl Velásquez, from the Jubilee Foundation, and Gonzalo Colque, from the Tierra Foundation, in a discussion organized by the Center for Ignatian Spirituality, moderated by Carlos de la Riva.

In his presentation, Velásquez, an economist expert in hydrocarbons, maintained that the conflict represents “a very strong blow” due to the rise in the price of oil, which will negatively affect the subsidy of hydrocarbons and, consequently, in the coffers of the State.

The war context could have had a positive impact if Bolivia had had high levels of natural gas exports, but its production has fallen due to management errors in the sector, he added.

The problem has reached the point that the difference between the value of hydrocarbon exports and imports, which had been positive for Bolivia since 2000, became a trade deficit of USD 40 million for the first time in May 2022, he added. .

The grant would exceed 2,500 million dollars

A problem that requires urgent attention, but is very complex due to its economic and political implications, is that of the subsidy for hydrocarbons for the internal market because it “bleeds” the resources of the State.

A liter of gasoline costs Bs 3.74, but its real price should be Bs 9, while in the case of diesel, used mainly in agriculture and transport, the cost of a liter is 3.72, but the price real would be around Bs 10.

Velásquez explained that the general budget of the nation has foreseen for this year an expense of 700 million dollars for the subsidy of hydrocarbons, but considering a price of USD 50 per barrel of oil.

However, in the context of the war, “the current price of energy is around 120 dollars per barrel. This suggests that by the end of the year, the subsidy will exceed 2,500 million dollars, probably becoming the year with the highest state spending on hydrocarbon subsidies,” the analyst warned.

For the analyst, the subsidy should be “refocused” to favor the lower-income population that has a taxi for a living, but it should not be applied to the latest high-end model cars.

The case of diesel, subsidized for agribusiness for 19 years, must also be analyzed because in that period the sector should have achieved greater efficiency to cover its production costs, he said.

In his turn, the economist Gonzalo Colque affirmed that “the Russian invasion of Ukraine is an unforeseen event with a high impact on the already ailing Bolivian economy” because Bolivia had already suffered problems for several years, but the war makes the situation “ant-colored” .

In principle, because Russia and Ukraine are major food producers, prices have skyrocketed on the international market: wheat has risen from USD 270 to USD 350 per metric ton, and soybeans from USD 480 to USD 600, among others. examples.

In Bolivia, according to the analyst from Fundación Tierra, the immediate effects of the war are greater public spending on imported gasoline and diesel, on wheat for bakeries, on state purchases of corn for poultry farmers and for pigs, and in the purchase of anhydrous alcohol from sugar cane and sorghum to produce ethanol for the fuel market.

According to the analyst, the business of selling anhydrous sorghum alcohol to the State has caused it to currently be “the second largest crop in Bolivia and Santa Cruz”, causing a transformation of the country’s agricultural and therefore food sector.

Prices for the domestic market will not rise while the hydrocarbon and food subsidy lasts, but that adds uncertainty about how this situation will be financed, whether with debts, savings or with the Central Bank’s gold bullion reserves, he said.

He added that the food supply will not change either while the Santa Cruz agricultural sector benefits, for example, from state purchases of anhydrous alcohol at international prices, he said.

“This sector has gained many privileges, indirect subsidies, state purchases at subsidized prices,” added the analyst, questioning whether agricultural producers in the east have other benefits, in addition to diesel at reduced costs.

However, he insisted on warning of the risk that more agricultural land “will be used for biofuels, to the detriment of food production” since in the east the ethanol projects with sugar cane, sorghum and corn are accelerated, and biodiesel with soy

“It is a desperate attempt to reduce fuel imports”, but in the future scenario it will have an impact because land for food will be reduced.

Colque concluded that the subsidy policy, particularly the fuel policy, has put the government “in the face of a very serious political problem” because it cannot make any decision without putting its own stability at risk.