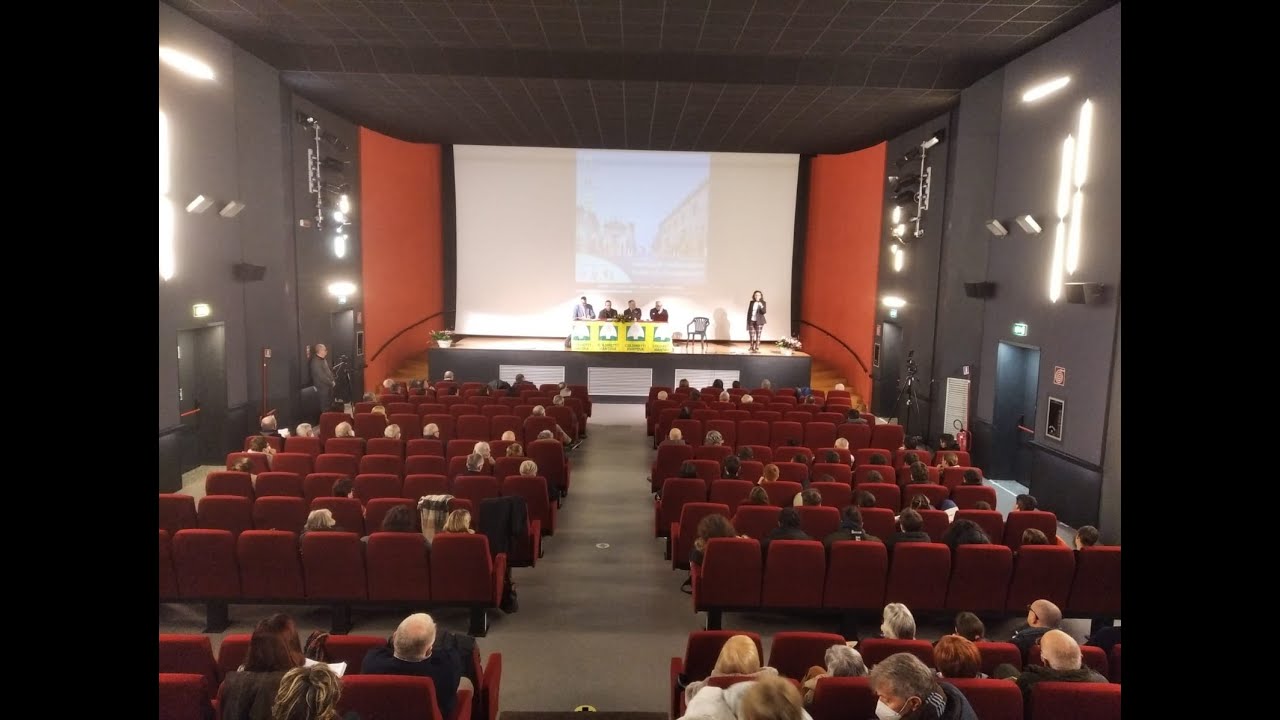 QUISTELLO – Path of faith, inner journey, response to man’s nomadic nature. The journey, understood as a pilgrimage between faith, art and food and wine is the theme chosen by Coldiretti Quistellorepresented by the president Roberto Siliprandi and by Mauro Piva, to celebrate the feast of Sant’Antonio Abate, protector of animals and patron saint of breeders, one of the most heartfelt traditions in the zootechnical world. The statue of the saint, in particular, has been entrusted for 2023 to the cultural association Al Fogolér, for the care of the dialect as a living language of the territory and of tradition.

The traditional conference organized by Coldiretti Quistello this morning at the Lux cinema was attended by the bishop of Mantua Marco Busca, Professor Moreno Giorgio Piccinini, prior of the Company of the Precious Blood of Jesus, Carmelo Troccoli, national director of the Campagna Amica foundation, Erminia Comencini, director of Coldiretti Mantova.

From the Holy Scriptures to Nietzsche, passing through Gregory of Nissa and Egeria of Galicia, Monsignor Marco Busca speaks of the man “viator, the pilgrim, the one who has a conscious destination, so different from today’s man, too often a wanderer or a vagabond. “The pilgrimage – explains the Bishop of Mantua, Busca – it is the most organised, sensible, meditated journey of which we have the first evidence starting from Elena, mother of the emperor Constantine”. “In 2019, before Covid – summarizes Bishop Busca, confirming the impact of the phenomenon on a global level – pilgrims in the world exceeded 300 million, developing a turnover of 18 billion dollars, of which 4.5 billion generated in Italy”.

Numerous places of worship, devotion and pilgrimage also in the province of Mantua, from the Sanctuary of the Graces to that of San Luigi Gonzaga in Castiglione delle Stiviere, from the chapel of the Incoronata in the cathedral of Mantua, to the Sanctuary of the Comuna, to Santa Rita in Pellaloco , but also routes that embrace nature trails such as the cycle path of the Sun, the cycle path between Turin and Venice, the path of the Holy Face between Mantua and Lucca, the Matilda parish churches, listed by the bishop.

“The pilgrimage certainly has – recalls the Professor Giorgio Moreno Piccinini – implications also of a cultural nature, where beauty merges with spirituality, with the conscious journey that helps to ask questions, because it unites the dimension of understanding and reflection”.

Furthermore, the spiritual dimension can find its own complementarity even in those forms of slow tourism in which the walk in nature embraces rural areas and traditions. He talked about it Carmelo Troccoli, director of the Campagna Amica foundation, “Coldiretti Mantova tool to bring agriculture closer to citizens and consumers, through agricultural markets, quality agritourisms, direct sales”. “A network – Troccoli points out – made up of over 7,000 farms in Italy, more than 1,000 markets in Campagna Amica, over 900 social farms and 2,500 certified agritourisms, aimed at creating profitability for the rural world, taking care of the environment and biodiversity and which can be of support for religious and spiritual tourism”.

“The meeting points between pilgrimage, religious tourism and the national rural network are many. The important – comments Erminia Comencini, director of Coldiretti Mantova – is that we never forget the centrality of the family, of the direct farmer and his values”.

In the video all the details with interviews with the director of Coldiretti Mantova, Erminia Comencini, the Bishop of Mantova, Marco Busca and the national director of Campagna Amica, Carmelo Troccoli