The collective candidacy of Cluniac sites in Europe, carried by the European Federation of Cluniac sites, has been launched since July 1st. Among the hundred candidates from nine countries, six Bourbon sites have embarked on this adventure: Arronnes, Broût-Vernet, Châtel-Montagne, Neuilly-en-Donjon, Saint-Germain-des-Fossés (approval in progress at the Fédération ) and, of course, Cluny’s eldest daughter, Souvigny.

Recognition of this heritage, “universal and unique in its density and diversity”. In each of the sites, adhering to the Federation of Cluniac sites, steering committees exist or are in the process of being created to draw up the files. Because this candidacy for Unesco is not the prerogative of an elected official, it concerns all the inhabitants.

Nadine Bush works in tandem, with Emmanuelle Fayet, within the municipality’s steering committee. She took part in a meeting, in Souvigny, “to discuss how to use the candidacy. Membership of the Federation creates a link between the different sites and allows vigilance to keep this heritage alive”.

The Saint-Léger d’Arronnes priory was a Cluniac possession from the end of the 11th century. It welcomes pilgrims, merchants, monks. The activity of the monastery reflects on the village which develops. From 1294, the priory, very popular, got into debt. In 1318, it was deserted and in ruins. Today, the Clos Saint-Pierre, the prior’s house and the church remain. The committee will meet soon.

The Saint-Mazeran church, in Auvergne Romanesque style, was built by the hermit of the same name in 1070, then attached to Souvigny. Stéphane Lorétan chairs the steering committee made up of residents, the Azi La Garance association, the mayor and his first deputy.

“There are about fifteen people and we talk a lot with Arronnes. Saint-Mazeran hosted four monks and Souvigny sent monks here for penance. During the Revolution, the church served as a hay barn. The bell tower collapses, but the rest of the building resisted. »

Then isolated from the village, the Sainte-Marie church was offered to Hugues de Sémur, abbot of Cluny, by Mr. Dalmas. Major projects have transformed it into Notre-Dame and the village now unfolds around it. Of the priory, where a handful of monks lived, nothing remains, except the alley of lime trees which adjoins the church.

Its specificity: its 70 capitals engraved with images of humans, fauna and flora. Like a comic book that served as a learning medium to access spirituality. A steering committee should be created.

At the far east of Allier, on the border of the departments of Saône-et-Loire and Loire, the small village of just over 200 souls benefits from remarkable landscapes on the Monts de la Madeleine. And a Romanesque church, Sainte-Marie-Madeleine (restored in 2009 thanks to a passing American patron, who fell in love with the building), which is just as good. The 11th-12th century building, strongly influenced by Cluny and historically attached to the priory of Marcigny, has a major asset: a magnificent finely carved portal. Dating from 1140, it is one of the best preserved in the region. It represents, on the tympanum, the Virgin Mary in majesty holding the Child Jesus on her knees. A lion, a bull, a winged man and angels are carved. On the lintel, there is a representation of original sin and that of a meal evoking the Last Supper.
“The church is classified as a Historic Monument,” explains the mayor, Bernard Bourachot. And we are part of the Brionnais tourist circuit, it is through this that we embarked on the adventure of applying for UNESCO. “Locally, it is Justine Dauge who is the referent of this project: “A local steering committee is being created, indicates the municipal councilor. To, then, decide on the actions that will be carried out with the objective that this application succeeds. »

The influence of Cluny until the Revolution 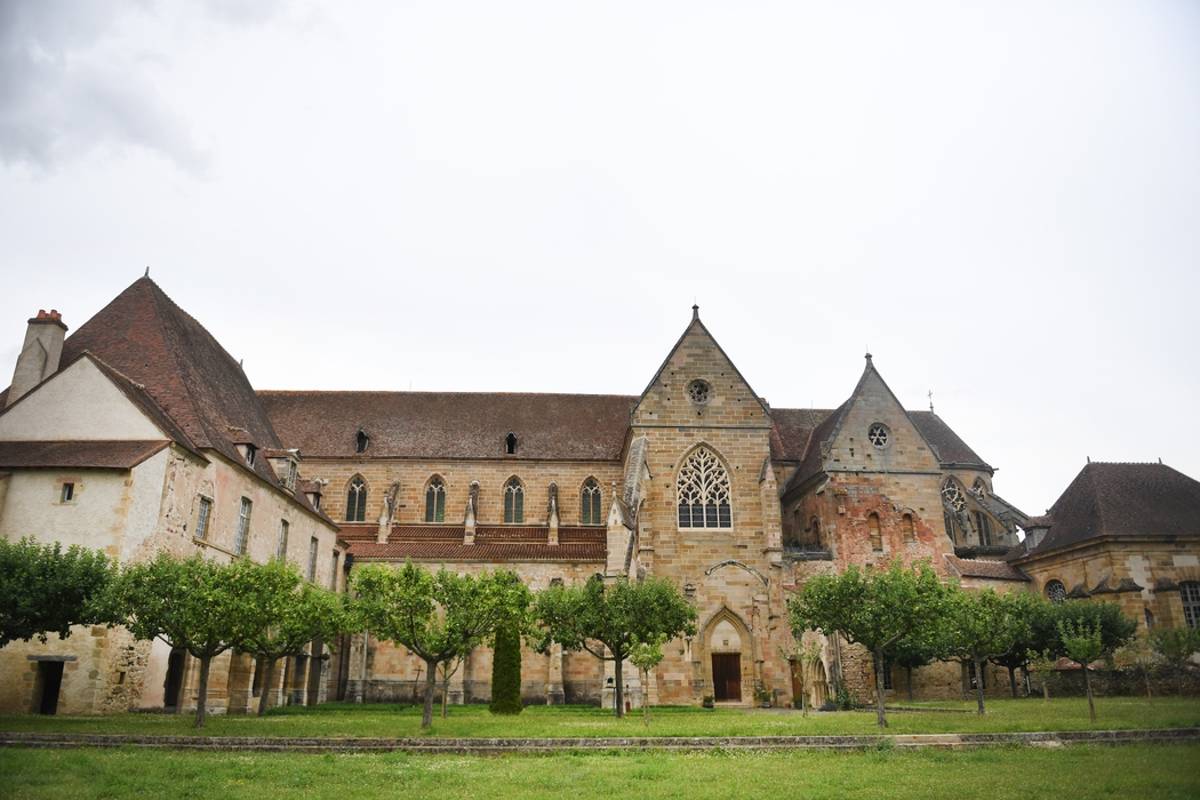 Souvigny Abbey, a Cluniac site. Photo FX Gutton.
The 1,800 Cluniac sites that dot Europe testify to the spiritual, artistic and architectural influence of Cluny. This spin-off is wanted by the Abbey of Cluny, founded in Burgundy by Guillaume le Pieux, Duke of Aquitaine. The monks follow the Benedictine rules. This abbey became a model and, in the context of a Europe in full religious restructuring, a multitude of monasteries were built and placed under the supervision of Cluny.

The Maior ecclesia or Cluny III

At the end of the 11th century, Cluny Abbey reigned over 1,400 sites and 20,000 monks. To strengthen the power of Cluny and its influence, the abbot who runs it, Hugues de Sémur, decides to build an abbey, the Maior ecclesia or Cluny III. It became, for 400 years, the largest Romanesque church in Christendom. We must place ourselves in the historical context to understand this gigantic influence which influenced architecture and the arts. Among the Cluniac sites in the Allier, the Priory of Souvigny is the best known.

But Cluny has extended its influence to sites that may be perceived as improbable: Arronnes, Châtel-Montagne or Broût-Vernet. Their choice can be explained by the fact that they were on the route of pilgrimages and on trade routes. And by donations. Like the Sainte-Marie church (now Notre-Dame), in Châtel-Montagne. And this is how many primitive churches were transformed under the influence of Cluny. But during the French Revolution, the monks were dispersed, the Cluniac sites became national property and were put up for sale.

Heritage – Six Cluniac candidate sites for Unesco in the Allier