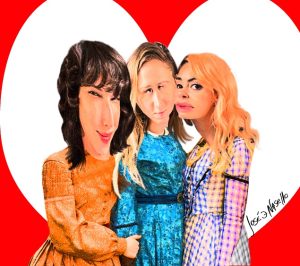 At first glance, one can imagine that novels set in the second half of the nineteenth century in an American society still steeped in the Puritanism of the Founding Fathers and in an Anglo-Saxon world that could not be alien to Victorian morality, should not offer too many points of contact. with this present in which the paradigm changes have been so resounding. Neither the current lifestyle has anything to do with it, nor are the technological prodigies of those years comparable to those that surprise us today, with daily novelties destined to completely alter our routines.

Still less could it be assumed that there is even a message that is still valid in a fictional story starring women of that time, who were forced to respect very severe patriarchal mandates, with almost no possibility of developing their own thoughts that came out of the established molds for the female population. In this twenty-first century dominated by egalitarian slogans that claim rights denied for centuries and that also struggle to include the LGBT community in those claims, one might think that these ancient characters lack appeal and are just a remnant of a past that is intended to be buried. .

However, for reasons that are not so simple to explain, Louisa May Alcott’s literary classics have not abandoned their privileged place in the compendium of universal bibliography, without the details of her narratives having fallen into the clutches of the condemnation that she promotes. a cancellation for everything that does not adapt to the patterns in force. With the variety of factors that would be operating against her, it is incredible how “Little Women”, that story about the four March sisters, who grow up under the upbringing of her devoted mother, continues to seduce the most recent generations.

From time to time, versions in series or film format recover that argument and update its approach, although respecting what the writer embodied in her original work, with a mastery that has enabled her to sustain her legacy before a humanity in constant evolution, which well it could have aged what was originally a best seller. Beyond the fact that there are no shortage of pieces of literature that remain young centuries after their date of production, Louisa May Alcott’s expertise has been so extraordinary that it could be said that she has managed to portray the feminine soul in a way that still seems accurate.

Otherwise, it would be impossible for a series like “The End of Love”, released earlier this month on Amazon Prime, to include a quote from his novel “An Old Fashioned Girl” as a subject for reflection, despite the fact that what is central in the strip is the existence of a brand new thirty-something woman who develops in a queer environment and who makes her north of prejudice. With Lali Espósito in the role of Tamara Tenenbaum, the author of the book that serves as the basis for this production, the last thing you would think you could find there is an allusion to that popular nineteenth-century phenomenon.

But the identification of Tam and company with the character of Polly and Fanny, the two friends of whom “An Old Fashioned Girl” speaks, not only vindicates the value of Louisa May Alcott in her approach to feminine spirituality, but also calls into question which of the female models that are presented there is now the friendliest. And it is also appropriate to admit that, after its obvious intention to reach a tiktoker audience, “The end of love” appeals to narrative tools that are not always novel, beyond the fact that it disguises that anachronism behind an inclusive casting and a discourse that uses terminology of Vanguard.

Everything happens and something remains – Diario Alfil