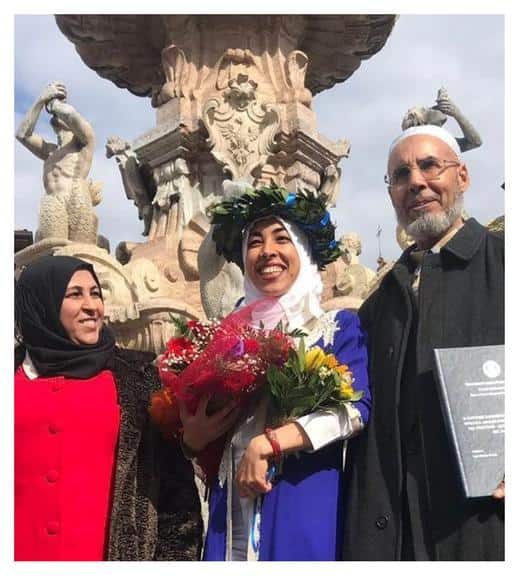 The first magistrate with the veil. Thirty years old, born in Morocco and resident in Verona, Hajar Boudraa she graduated in Law in Trento and is attending the second year of specialization school: she could become the first female magistrate in Italy to wear it hijabs. “I’m doing an internship as a deputy prosecutor in Verona. I appear at the hearing, before the justice of the peace, with the toga and the veil. And I feel I’m in the right place, as I would like to be” says Hajar in an interview with “La Stampa”. And he adds: “This club does not take merit into due consideration. But I also found open people. We must never give up.”

Strong temper helped her during the path you study. The university years, in fact, were “beautiful and hard at the same time”. The thirty-year-old, in fact, says she has a numerous family: “Eight of us, only with my father’s salary, who was a farm worker. Me in Trento to study Law, my sister in Padua to study Biomedical Engineering, I got busy, working as a mediator in a juvenile court, to pay for my studies and help my family”. On the choice of study path, Hajar never had any doubts: “I have always been subject to judgments and prejudices, I have developed an attitude of not judging before having all the elements available. And I think that’s the most important thing for a judge.”

After so many years of sacrifices, Hajar is one step away from realizing his dream of becoming a magistrate. Indeed, he is a magistrate with a veil. “I’ve been wearing it since I was 13. It summarizes my dual identity: the Italian one and the one connected to my spirituality. It is certainly not a symbol of the oppression of us Muslim women: we are not the ones who have a limit, but the part of society that sees us like this” she tells in the interview where she only hides the veil in certain situations penalized her. “Two dear friends of mine had warned me: ‘With the veil you will never find work‘, I didn’t believe it. After three years without a permanent contract or stable job, I thought maybe they were right. I thought it was only the resume that counted. But the photo must be included in the curriculum, and sometimes this is worth more than experience and skills. In any case, no, I won’t remove the veil”.

The thought runs to protests in Iran where the girls who take off their veil risk their lives. “I support all women and all movements that they fight for their freedom. And what is happening in Iran is the rebellion against a top-down obligation: from a political and religious level. That is impairment of the essence of the woman, that she cannot decide about herself ”explains the thirty-year-old who, despite“ the eyes on the supermarket, the inquisitive looks ”is Italian citizen since 2020after a seven-year process. And fraught with difficulties. “I moved with my family to the province of Verona when I was five and a half years old. I feel Italian to all intents and purposes. Yet I had to apply for self-defense, send it to the Ministry and contact a lawyer to get what I was entitled to” he explains, recalling that “injustices have always made me suffer. I like the idea of ​​being able to spend myself defending those who don’t have the tools or means to do so”. Her story also wants to be an example for other Muslim girls “so that they can also cover top positions”.

Hajar Boudraa, the veiled magistrate. “So I defeat prejudices. But Iran is wrong to impose it”