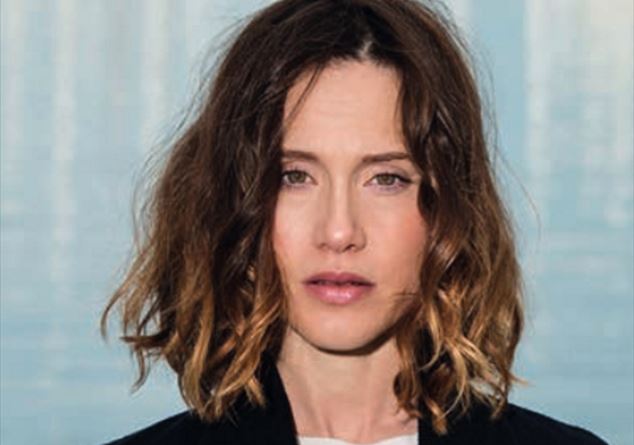 The red door started five years ago, and we are now in the third season. It will be broadcast from Wednesday 11 January on Rai 2, for Garbo Produzioni. There will be four evenings for two episodes each. Inspector Cagliostro returns, trapped between life and death. He is a “ghost”, hardly anyone can see him, apart from the young Vanessa. Meanwhile, his love for her, Anna, tries to make sense of her existence. Will the two be able to meet again? Cagliostro has the face of Lino Guanciale, while Anna is Gabriella Pession. «I play a strong woman. We left her three years ago, with a little girl. She is now a single mother who has mourned. You are trying to start a new life, you would like to move from Trieste to Siena », explains Pession

The interview with Gabrielle Pession of La Porta Rossa

“I always say I have two birth dates: mine and my son’s. It turned my world upside down, priorities changed. He is a great master, in his innocence he captures the essence of things. I feel I don’t have to prove anything externally, I don’t need confirmation. He tells me I need to have more fun, he’s wise in his simplicity. I’m fine at home, watching cartoons or making the Christmas tree. He knows how to console me when I’m sad, even if he’s only eight years old. He made it clear to me that he is not an extension of me, but an independent person, with his own character. It is necessary to listen to him, to support his identity. He is not like me, he is different from me ».

Are you a believer?

«We are not made of flesh and blood, there is a spiritual dimension. I don’t know in what form. I cultivate my faith, I nourish prayer. I think it has a profound power that unites. I got married in church, where I like to go for a few hours of recollection. My son goes to a Catholic school, he has been baptized. I want him to be close to religion, then he will make his choices. I like to strive for something that is higher than us, that improves us, makes us think. We often light a few candles for our grandparents or a friend of ours who unfortunately passed away».

Another theme of the series is mourning.

«Everyone faces it as they can, there is no formula. Some go mad with pain. However, when you manage to process it there is a rebirth, because something inside you shuts down. A new phase begins. It’s very intimate, personal, it scales everything down.”

Does the “red door” exist?

“It would be nice. Perhaps it is within us, it means cultivating spirituality, rediscovering everyday values. You can approach it in different ways, including through meditation».

He lived in Los Angeles for a long time.

«It’s true, but now I’m back in Rome. It’s very different living in the United States, even though I was born and raised there. I fell in love with Los Angeles after hating it. I had to open up to something alternative. It is a metropolis with its own soul, to which I am attached: it has given me so much. It’s tricky, difficult, it made me more structured, able to bear. But I prefer Italy, because I feel European. I studied here, my husband is Irish, I gave birth to my son in Dublin. I’m also a little American, I was in Florida for a long time, where my grandparents were. Today I find it hard to recognize the United States. It’s an angry, divided country.”

He was ice skating…

«It was my first great love, now I’m a tennis enthusiast, I do rowing. I never put my skates back on again, it was a painful interlude, I had to stop because I broke the ligaments in my left foot. I was competitive, I then poured that imprint into my work. I’m disciplined, used to falling and getting back up. My tenacity comes from sport”

Gabriella Pession: ‘Having a child means being born again’