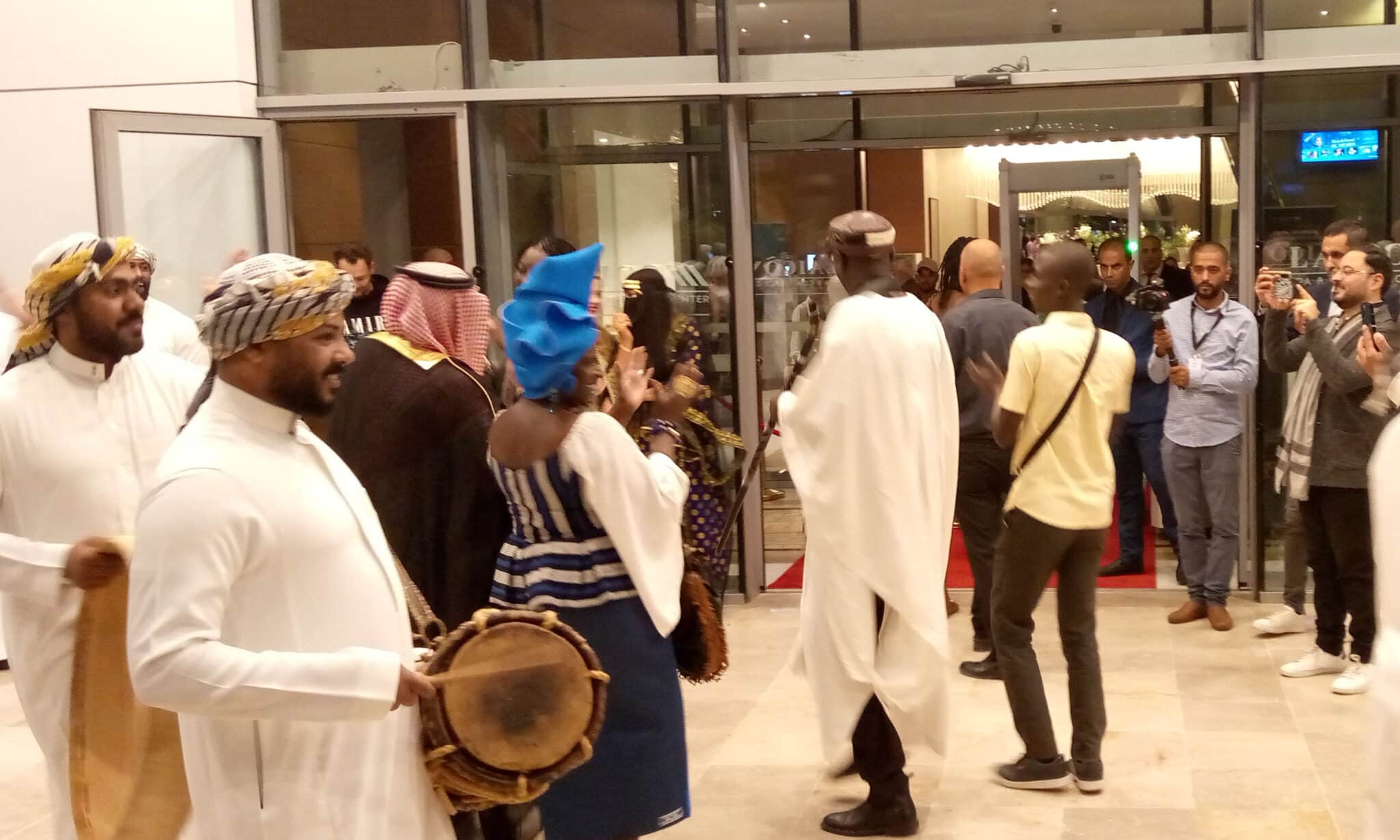 Filmmakers and cinephiles during an evening of Saudi Arabia, guest of honor country of the JCC 2022/Charles Ayetan

La Croix Africa offers you a reading of the official selection from a religious angle.

In the official feature film selection of the Carthage Film Days (JCC) 2022, religious questions emerge from the films proposed by the filmmakers. To start with The Sermon of the Prophets written and directed by the Burkinabè Seydou Boundaone, which directly questions being or appearing to be religious. Made in 2022, this film is an 87-minute fiction that addresses the crucial and current problem of the instrumentalization of religion, in a global way, for the benefit of partisan interests.

Indeed, the main character, Abdou Djamal, manipulates consciences by appearing as a believer, at the mosque and during social ceremonies. For him, religion is only a veil to conceal his true face of “ leader of an armed group (who) poses as a gold washer and a devout Muslim”. This film is a drama that depicts societies marked by religious extremism, regardless of religious denomination.

The figure of the believer, and particularly of the prophet, returns indirectly and more discreetly in The Slave by Moroccan Abdelilah El Jaouhary (102 mins, 2022). In this film, an enigmatic character named Brahim arrives in a village and presents himself as a slave who needs a master: ” I am a slave for sale “. In this work which mainly questions the condition of the worker vis-à-vis his employer, the parallel is nevertheless strong between the slave and his master, on the one hand, and on the other, between the believer or the servant and his God.

To read : At Fespaco, faith dialogues with people through cinema

No longer able to count on a god who seems deaf to the prayers of his faithful believers, worse, a god who leaves his creatures in conditions of servitude, this man seeks a similar, a “very rich man” to whom to sell to become his slave. The viewer feels propelled into this drama by one of the most poignant scenes when Brahim throws himself brutally at the feet of a wealthy man whose feet he piously kisses calling him ” master “, ” Grand Master “.

Find “humanity” in the other

The film also makes a strong nod to the words of wisdom and spirituality attributed to Khalil Gibran, in a work entitled The Prophet. A work in which are proposed strong words about life, love, work, faith. Fleeing the condition of the worker, the character chooses servitude. A process begins through which he chooses to become, no longer the slave of the targeted master, but rather ” the slave of humanity which he discovers in a lady, his master’s daughter, who gives him back his dignity.

This freedom, but above all love, has been lacking in a family, in which paternal authority has lowered the members – wife and son – into the abyss of depression and anger. This is the story of the film. Fractal by Nader Rahmouni (Tunisia, 2022) in which freedom and love bring back some balance and life.

In addition, a story mixing love and political revolution, in the film The rebels (90 mn, 2021) by the Tanzanian Amil Shivji, also evokes some clichés on the impact of religion in the extension of ideologies, slavery and colonization. While Life after by the Algerian Anis Djaad (105 mn, 2021) deals with the difficult condition of a mother and her son forced to flee, victims of exclusion in an intolerable society, in addition to the pain due to the absence of husband and father.

When religion invites itself to the Carthage Film Days