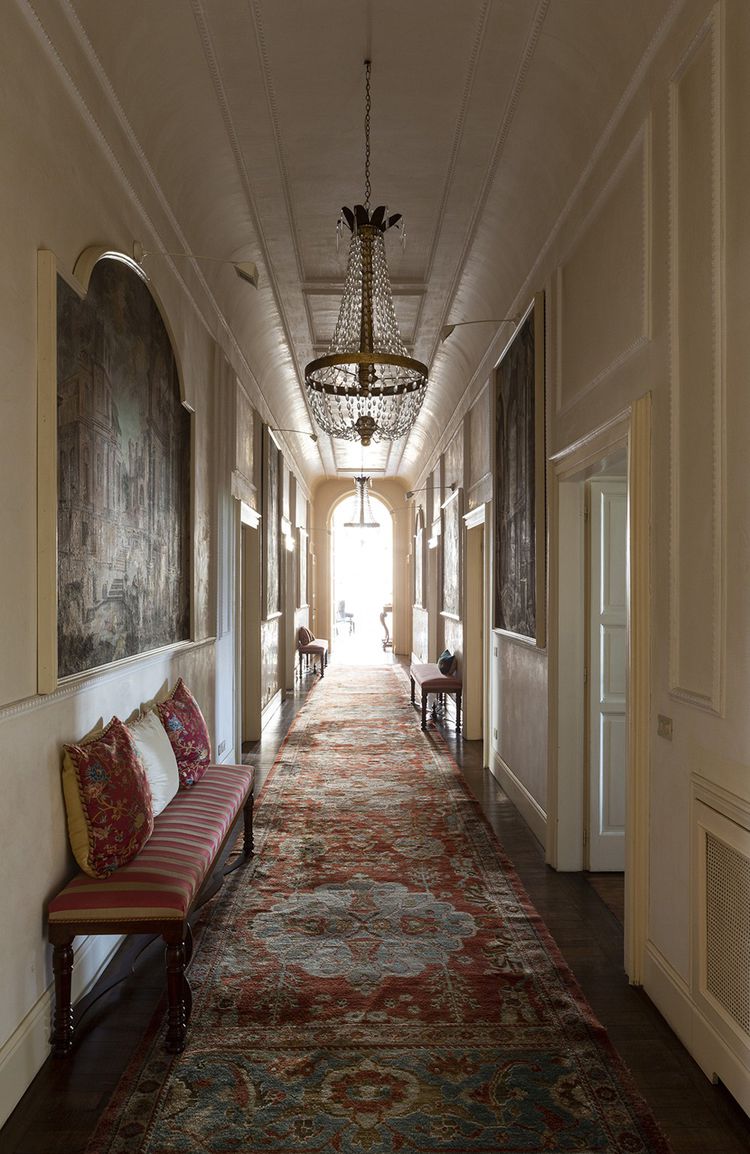 She could star in the remake of Chambre avec vue, the James Ivory film adapted from Forster’s novel which takes place in Florence at the beginning of the 20th century. She has the heroine’s sensitivity, exaltation, quest for the absolute and the beauty of a Botticelli painting. Dorothée Potocka has just moved to the banks of the Arno and her romantic life has found a setting worthy of her. Worthy of the colorful figures of his family. “The one who fascinated me the most is the Duchess of Dino. Potocki, Radziwill and Castellane intersect in his illustrious family tree. Polish by her father, Swedish by her mother, she has already known several lives, crisscrossing cultures, mixing roots.

She was born in Lausanne in the mid-1970s, followed her parents to Rome, then to Athens where she lived for five years. “We had a vacation home in Mykonos. I spent hours in the water and on the rocks. It was there that I discovered my spirituality, a sense of union with the universe that I have sought all my life. The suite is less sunny. Three years in Moscow and one year in an English boarding school. ” I hated. In 1995, she married an Argentinian and crossed the Atlantic. The couple lives in Buenos Aires, has two children, but the relationship ends badly. Dorothée rebuilds herself in Rio where she meets her second husband, a Frenchman whom she had already met many years earlier in the countryside. Benjamin Le Vaillant de Chaudenay was a friend of the children of Isabelle d’Ornano, born Radziwill and cousin of his father. The reunion turns into a love story. The couple lived for fifteen years in Brazil, where two daughters were born, Marie and Céleste, then moved to Houston before returning to Paris and, finally, fleeing the confinement and the heavy atmosphere of the capital to breathe the air of the Tuscany.

“We dreamed of Italy. I started by looking at where the French schools were: Rome, Milan, Turin, Naples, Florence. The choice was made naturally. We did not want to find the hustle and bustle of a big city, with the Covid we had begun to appreciate the calm and slowness. In Florence, we were immediately seduced by the sweetness of life, the lightness, the culture, the nearby countryside. “But the click almost did not happen. “The apartments we visited were very dark and we almost gave up. By chance, I parked one day in front of a real estate agency that I hadn’t contacted. I pushed open the door and explained what I was looking for. The person who received me had nothing good but, the day before our departure, she called me: she had just been given this apartment, which had never been on the market. When I saw that we were on the right side of the Arno, in full sun, my heart started beating and when the door opened, I knew it was there! »

We understand it. The vast apartment is a series of rooms “with a view”, served by a long gallery adorned with paintings, furnished and upholstered like in a film… by Visconti. In the half-light of the closed shutters, time seems suspended, but nothing dusty in the air, rather the charm of a family home that looks great. An elegant and harmonious base on which Dorothée has gently placed her paw over the months. Here, a pedestal table and a lamp by India Mahdavi, there her collection of porcelain flowers by Samuel Mazy, or even this sofa and these armchairs that she had made to measure. “Craftsmanship in Florence is still very much alive. It’s wonderful to be able to go to the cabinetmaker or the upholsterer and order exactly what you dream of. In love with household linen, she was able to give free rein to her creativity by imagining embroidered tablecloths, napkins, pillowcases at Taf, a Florentine institution. “You have to see these women working. It’s a part of humanity. My latest craze is a tablecloth whose pattern I drew: Noah’s Ark, with all the animals. They took eight months to embroider it. »

But above all, this know-how is useful for her jewelry. Dorothée pushed the door of a craftsman, who still practiced the mosaic of hard stones, and asked him to make miniatures for her. “There is also an extraordinary goldsmith in Rome who works gold in relief and hot enamel. However, two thirds of my pieces are still made in a large jewelry workshop in Paris. After having cut her teeth in Brazil, Dorothée launched her brand in 2019 and has since produced around twenty pieces a year, most of them unique or in very small series. Fine and delicate jewels, made from precious stones, gold and diamonds, which reflect her skin-deep sensitivity, and which she baptizes names as beautiful as verses, in the image of her poetic universe. As proof, this pendant with the Blessed Virgin on a background of diamond waves. His title ? “Listen to the Tide of My Heart”. Or this necklace adorned with a fire opal, “Shine With Your Own Truth”… “I try to create something that is more than just an object. They are jewels with stories, which have a soul, charged with emotions and which invite women to discover who they are. They also symbolize the spirituality that accompanies me. »

In Florence, Dorothée has found a haven of peace, where she can work in peace. Next to her bedroom, she has set up an office that she has lined with a pink Toile de Jouy, like a boudoir. On the wall, she hung the paintings commissioned from the artist Slawomir Chrystow for the visual identity of her brand. “I knew him thanks to my father who had asked him to illustrate The Manuscript found in Zaragoza, written by my ancestor Jan Potocki in 1805.” As incredible as it may seem, she had then asked him to be inspired by Botticelli’s Venus. Three years later, Dorothée lives in Florence. As if things fell into place naturally. For the young woman who believes in signs, there is nothing exceptional here. “I am finally in my place. Just like this other disturbing coincidence: in September, she will inaugurate her showcase at the Ritz. This time, to decorate it, Slawomir Chrystow painted the portrait of Frédéric Chopin and that of Dolly Radziwill on the wall… “Because Chopin lived at 12, place Vendôme and he almost died in the arms of his muse Delfina Potocka , and because Dolly lived year-round at the Ritz. Friendly ghosts or rather guardian angels for this storyteller who believes in the intangible.

with a view of the Arno