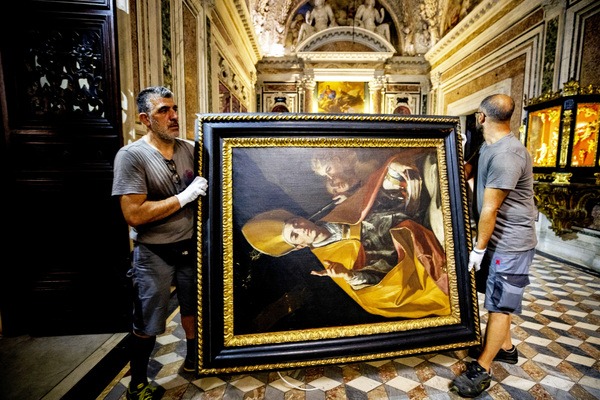 (ANSA) – NAPLES, 09 SEPT – “Dancing on the Volcano. Life and faith in the shadow of Vesuvius”, an exhibition on Naples through two symbols, San Gennaro and Vesuvius. A way to bring the Germans to understand the history and culture of a city they love to visit today. This is the exhibition that will open from 6 October at the Diözesanmuseum Freising in Munich, a museum that reopens, looking at the history of Naples, after many years of renovation.

“We start from Vesuvius – explains Jorio as the last trucks with works of art leave for Germany – which is the natural identity that affects Neapolitans throughout history with destruction, fear and terror, but which has also preserved pieces of history , as happened to the ancient covered Pompeii.

The other entity is San Gennaro which the Neapolitans oppose to the natural event. The Neapolitans know that San Gennaro protects the city from Vesuvius, and every year on December 16 they remember that the lava in 1631 was arriving in Naples after destroying Torre Annunziata, the Neapolitans went out into the street with the statue of San Gennaro and the urn of blood, which melted and the lava stopped in its path. “A story told by a beautiful painting loaned to the Exhibition by the Nuseo di San Martino in Naples, still recounting intertwining of history and tradition in an exhibition that starts from” Dancing on the vulcano “which in German is a way of saying similar to Italian” to be on hot coals “.

On display, until the beginning of January, 170 works of which 47 from the Museum of San Gennaro, which has an enormous art heritage that alternates in its rooms. But other finds also depart from Mann such as the jewels found in the excavations, to then move on to the goldsmith masterpieces of the time dedicated to San Gennaro. “On display there will be – explains Jorio – also paintings from the Arciconfraternitia del Pellegrini, from Filangieri, from Capodimonte and from international museums, from the Prado, to the National Gallery and the Victoria Albert British Museum”. The works of San Gennaro travel escorted by the carabinieri and bring to Germany “not only the decoration – concludes Jorio – but also the wealth produced by Vesuvius such as coral, fertile land and even intelligence. This exhibition represents Naples and taking it abroad. it makes me really proud. ” (HANDLE).

‘Dancing on the Volcano’, Vesuvius and San Gennaro on display in Monaco – ViaggiArt