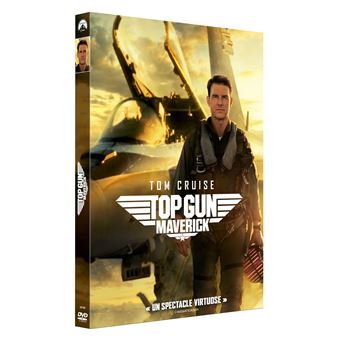 After a rich and prosperous year in film productions, it is now time to look back on the creations that have marked these twelve months. An Arlésienne finally released, directors back behind the camera, unexpected and daring films, what are the feature films that we will still remember next year? This selection is responsible for providing some answers.

After several years of embodying a cinematographic Arlesian, Top Gunot maverick is indeed a reality. Following endless postponements due to the pandemic, Tom Cruise performs here a performance of the most spectacular. Between memories of the first opus and technical and technological novelties (in particular with action scenes shot in real conditions), Joseph Kosinski’s camera delivers a film oscillating between frenetic action and introspection. An action blockbuster that easily overcame the rest of the competition at the start of the year.

Learn more: Top Gun : why is it worship? 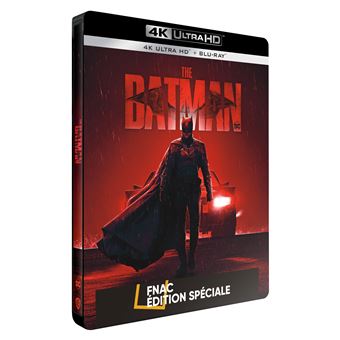 After Ben Affleckit’s the turn of Robert Pattinson to don the Bat costume in a new Batman adaptation, this time directed by Matt Reeves. This new story centers on a young Batman as he hunts down a mysterious assassin on the streets of Gotham. Darker and more realistic than its elders, The Batman takes on a more intimate take on the iconic DC comics superhero. With an irreproachable cast and a realization flirting with perfection, it is very difficult not to get caught up in this new, but unfortunately a bit too long, adventure of the masked vigilante. The work of Matt Reeves will undoubtedly mark the license, but without rising, for the moment, to the same level of the trilogy of Nolan. 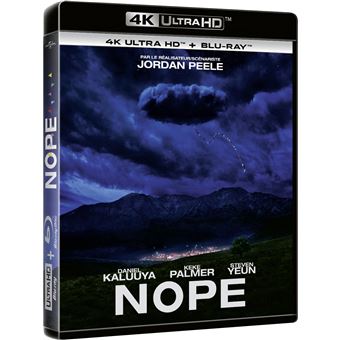 Mysterious even in its ultimate trailer, the last feature film of the now famous Jordan Peele is part of the list of works with multiple meanings. Without going into spoilers and plot details, a precise summary of the film would be futile as it is rich and therefore open to interpretation. Otis Haywood, a horse breeder on a California farm, discovers a mysterious presence in the sky. That’s all that can be said. Horror or science fiction film, satire, criticism of Hollywood cinema or more broadly of a social system, Boop is itself this year’s UFO in the blockbuster cinematic landscape. Spectacular, frightening, intimate and controlled, Jordan Peele once again leaves his mark in a sector that is too often immaculate. We let you live this experience through this ambitious film of great ingenuity. 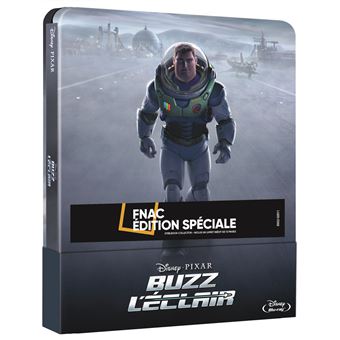 First major spin-off project for the saga Toy Storythe film Buzz Lightning immerses us in the film from which the eponymous character comes. A project that, at first glance, may seem perilous, but Pixar’s return to science fiction skillfully negotiates this sharp turn. Stranded on an unknown planet, Buzz and his crew seek a way to repair their device, while discovering the mysteries of this new world. If the film may seem less spectacular than expected on several points, in particular the space part far too absent for a film revolving around SPACE rangers, the whole remains entertaining thanks to the intense action and an overall rhythm very correct. All magnified by the sumptuous animation of Pixar which reminds us once again of their undeniable talent. If this film should reassure us about the forthcoming announcement of a spin-off of the same genre for the character of Woody, it’s mission accomplished. 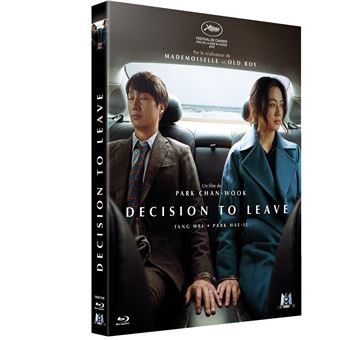 Always at the forefront of the new wave of Korean cinema, the director Park Chan-Wook returns with a work as moving as it is surprising. While investigating the death of a man in the mountains, police officer Hae-Joon meets the deceased’s wife, Seo-Rae. From this impromptu meeting will follow a most intense romance. Between a thriller aesthetic and a hitckcockian atmosphere, Decision To Leave is a veritable maze of feelings and emotions. Although some of the director’s narrative biases may be perceived as slowdowns, the filmmaker’s mastery easily overcomes the rare oddities of the feature film. A great work oscillating between virtuosity and relevance. 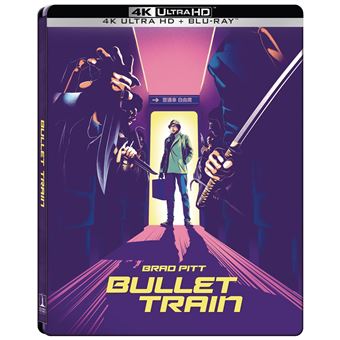 Under the leadership of David Leitchco-director of John Wick 1, Bullet Train is part of the long list of blockbusters without great ambitions, but terribly entertaining. Between worn-out clichés, colorful characters and a plot sewn with white threads, it remains nevertheless impossible not to appreciate the relaxed action of this feature film. Of course, it is not a John Wick which restores the image of action cinema, but between the ubiquitous lightness, overexcited dialogues, perfectly interpreted characters and a remarkable realization, all the ingredients are there for a more than pleasant moment. 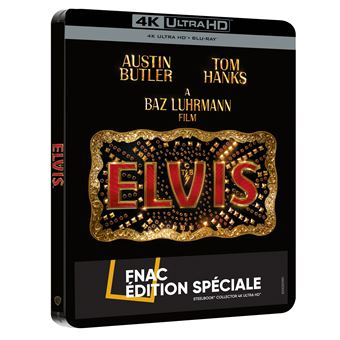 Almost a decade later Gatsby the magnificentthe cleaver Buz Luhrumann returns with a feature film capable of giving life to his wishes for excess and tinsel. Plunging back into the life of the King through his rise and fall, Elvis is like his character, nervous and rhythmic. With Lurhmann’s super-charged camera and one of the most remarkable Austin Butler (playing Elvis), this biopic has all the dynamism necessary to do justice to the electric life of this singing legend. 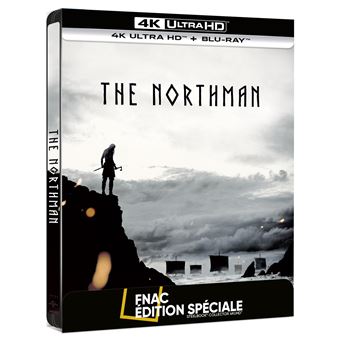 Fascinating encounter between Conan the Barbarian and the series vikings, The Northman is placed under the sign of revenge with Amleth, Nordic prince, embarking on a quest to avenge the death of his father, killed by his uncle Fjölnir. A simple pitch, but above all effective since it allows director Robert Eggers to explore more mysterious, esoteric and even phantasmagorical atmospheres, which perfectly suit the Nordic context of the feature film. Dazzling, soaring, and accompanied by a five-star cast, in particular Nicole Kidman and Anya Taylor-Joy both sparkling, The Northman marvelously explores this Viking landscape, which has already been put into images many times.

Learn more: The Northman : the Vikings at the top of the 7th art 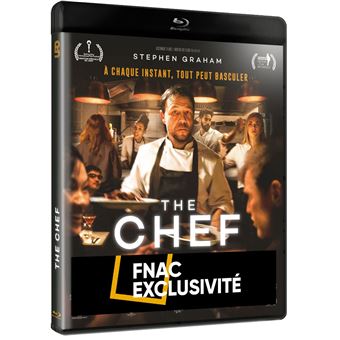 The most realistic immersion in the heart of a London restaurant during Magic Friday (the Friday evening before Christmas), The Chef immerses us in real time in a kitchen and its team that we will follow from the beginning of the service, until closing. This choice gives the film the appearance of being behind closed doors, which lends itself perfectly to the gentle progression in tension and pressure over the minutes. The permanent frenzy of the world of cooking is thus ideally staged, with the help of a Stephen Graham and a Vinette Robinson both more than convincing. The Chef thus takes us to the guts while gaining in intensity, until a boiling point as tasty as well brought. 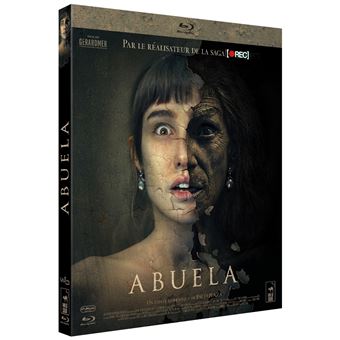 After the international success of RECstill eclipsing the rest of his filmography, Paco Plaza plunges back into horror with a new feature film exploring ancestral human fears, those of aging and bodily decay. In Abuela, Susanna, a young 25-year-old model, receives an urgent call informing her of an accident suffered by her grandmother. With no other solution, Susanna decides to take him in, but his condition will only get strangely worse as the days go by. Far from easy surprise effects and other hackneyed procedures, Paco Plazza retains its know-how in terms of scary atmospheres. The care brought to the aesthetics allows a relevant use of the horrific springs specific to bedsores and the mortification of the body. With a horror film which therefore rises almost to the level of a James WanPaco Plaza once again confirms his mastery of the horror genre.