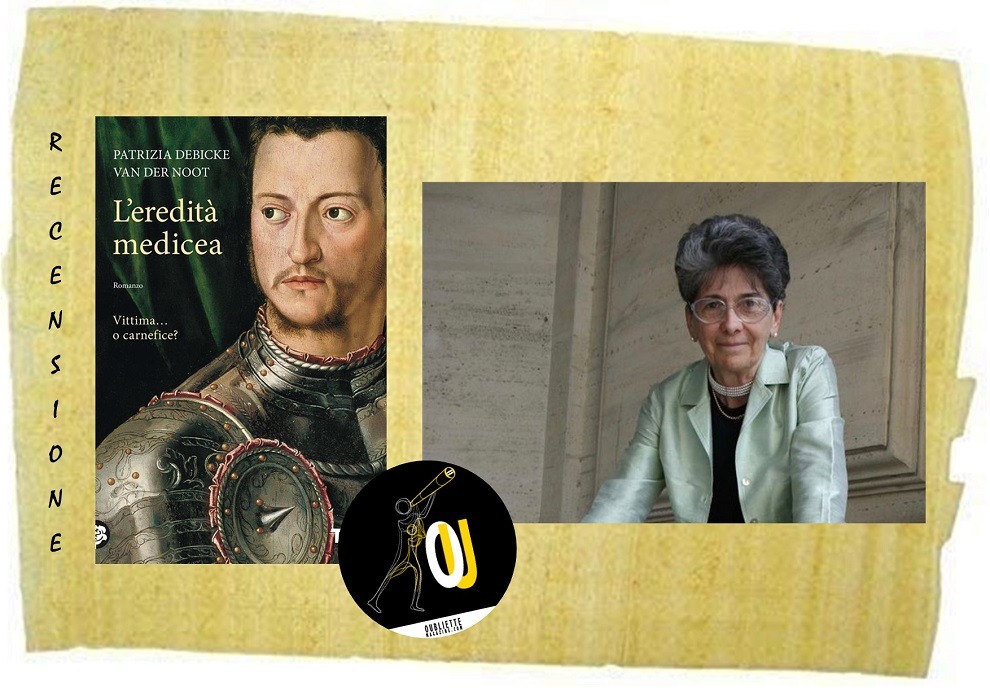 An unwitting victim which perishes under the slashing blows inflicted by the guilty hands of the assassins, convinced that they are the rulers of the game and unaware that they too are pawns in a much bigger and crueler game.

It is with this scene that the book of opens Patricia Debicke The Medici legacya historical novel set in early sixteenth-century Florence.

A very controversial historical period and full of numerous events in many ways contradictory, disturbing and enlightened at the same time. An era that the author has thoroughly investigated, studying the main exponents and translating them into her book, highlighting the most useful aspects for the narration of an intricate and intriguing story, full of twists and low blows.

The author manages to immerse the reader in a distant time right from the start, thanks to the use of a pressing narrative style but clear, and a writing style analytically studied to recall the historical era and its customs without weighing down or hindering the reading itself, which remains smooth and pleasant.

The Medici legacy tells of the murder of Alexander de’ Mediciof the appointment of his successor Cosimo, of the investigations to unmask the perpetrator of the crime and above all to find the instigator, but also offers, thanks to the descriptive ability that is typical of the author, an overview of the lives of men and of the women of that historical period, the courtship and loves, official or clandestine, agreements and business, legacy to settle and behind everything the intrigues and conspiracies that flow through the rooms of palaces and castles, well hidden like the numerous secret passages typical of these architectures.

Investigations based on intuition, suspicion and some rare direct or indirect testimony in a time when there were no technical, technological or scientific supports and it was necessary to rely on one’s nose, on the words of some informant, witness, spy or traitor.

A world that appears completely different from the current one. Other aspects, on the other hand, seem to have not changed and we still find them today. For instance: the interference of the Church in the affairs of the statein dynastic disputes, in the civil life of the population and of those who govern it, in palace intrigues, blackmail and crimes. And the attitude of nobles and administrators who have an opinion of the people that certainly does not ennoble them.

The author dwells several times on the detailed and meticulous description, even anatomical, of the protagonists and the underlining of their physical prowess, virility, the strength of valiant leaders, strong and determined men. Descriptions that emphasize its general characteristics and they accentuate the decisive and peremptory aspect of their being and their will. Noble men, accustomed to command, servitude and privileges.

The sixteenth century told by Patricia Debicke it is the world seen by the aristocracy, by princes, by cardinals, by popes. In which the components of all the lower levels of the population live their lives, when it goes well, by extension, when it goes badly, in conditions of complete precariousness and abandonment.

The Medici legacy is a historical novel of detective genre but it is also a book thanks to which Debicke invites the reader to strong, sometimes bitter reflections on society, on its stratification and on the importance or otherwise of spirituality. All elements that make the book a very good read.