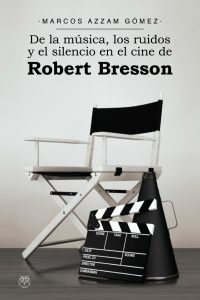 On music, noise and silence in the cinema of Robert Bresson-The secrets of a great director. How does the believing filmmaker approach the seventh art?

Readers and friends of Cinema and Freedom!

The editorial amarante tells us about his

The author delves into the interesting film work of the French director Robert Breson, attending to the musical aspects, the recording of noises and the presence of silence in his thirteen films, from “Los Ángeles del Pecado” (1943) to “El Dinero” (1983). An analysis is carried out that combines various approaches: the dramatic factor, the structural, the aesthetic, the symbolic, the narrative, etc. Within the musical issues (majority in the volume), the figures of J.-J. Grunenwald (main composer of the original music) and WA Mozart, JCF Fischer, F. Schubert and C. Monteverdi (main composers of the pre-existing Classical Music). 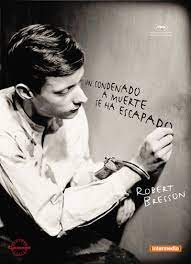 The author of the book also takes into account interdisciplinary relationships with other fields such as Literature, Art or the Sociology of Music, without forgetting, as it could not be otherwise in the case of this filmmaker, spirituality. 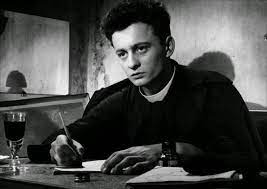 Finally, Aesthetics runs through its pages with notable recurrence, and from this reflective vantage point it helps to convey some of the main ideas that are happening.

On the other hand, Robert Bresson was a filmmaker linked to the novels of George Bernanos. Periférica editorial tells us about some of his books (mouchette): 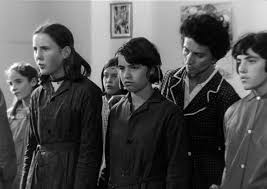 go download
At fourteen, Mouchette already knows the bitterest side of life: her father is an alcoholic who beats her to death and her mother is a distant woman; her classmates laugh at her, she annoys the teacher, and her villagers hate and fear her in equal measure. To the misery and brutality that surround her, the surly and indomitable Mouchette opposes a fierce, adamantine pride, and the opacity of an unfathomable soul enclosed in a circle of silence. In a suffocating universe, where all true communication seems impossible, Mouchette has conquered her small moments of freedom and rebellion, always linked, however, to an irreducible loneliness.

One stormy night, lost in the woods where she tries to take shelter from the downpour, Mouchette meets young Arsène, a poacher, the only person the girl admires and who arouses in her a feeling as tender as it is unspeakable. But what happens when the one who represents everything beautiful and valuable to the girl inflicts the deepest and most painful wound of her existence?

Written with a sober and heartbreaking lyricism, with a style that oscillates between the crudest realism and the dreamlike vision, Bernanos manages to capture the radical helplessness, the absolute isolation of a heart that, in the midst of so much hostility, has already lost all innocence.

As brief as it is intense and unforgettable, Mouchette, masterfully made into a film by Robert Bresson in 1967, is one of the great works of French literature of all time.

On music, noise and silence in the cinema of Robert Bresson-The secrets of a great director