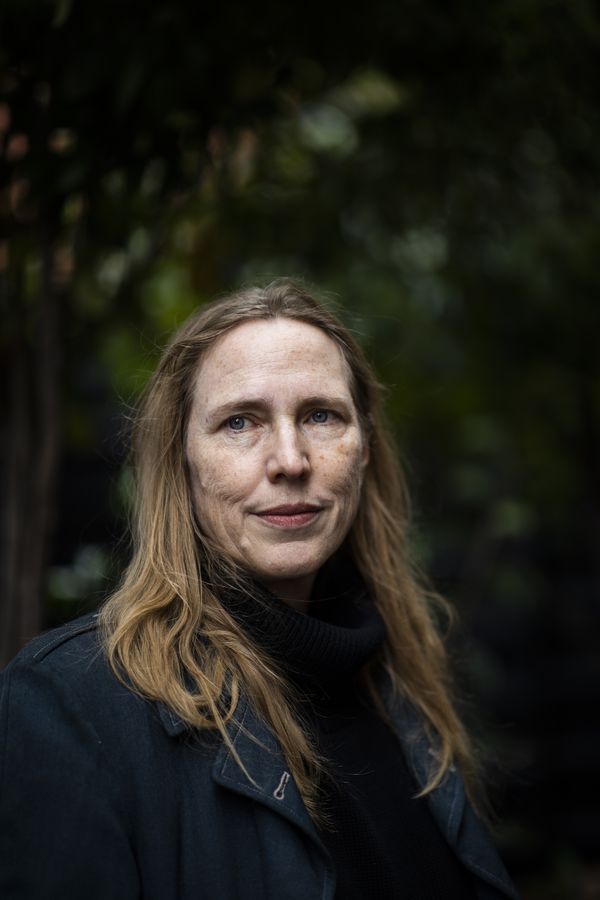 Every time her book is published in a new language, Miriam Toews has to relive it all. She says that she doesn’t care, that she gives him relief, even if it’s not always easy. The promotion of the delicious “Little Unimportant Misfortunes” (Sixth floor) reopens the wounds from her sister’s suicide in 2010, but the truth is that those wounds are always there. Whether she pays attention to them or not, thousands of questions have taken root in her head. He assures that it is something that happens to all those who survive the voluntary death of a family member, that there are always layers to peel. Raised alongside her beloved sister Marjorie in a Mennonite community, this Canadian writer uses humor to confront a world she sees as “ridiculous, absurd, funny and tragic, and yet makes sense.” Her previous novel, “Ellas hablando”, published by the same publisher, has just been made into a film by actress Frances MacDormand and is postulated as one of the best titles this year.

-Her sister committed suicide in 2010 by throwing herself into a train. How has time changed her view of her death?

-As it appears in the book, my sister asked me to accompany her to Switzerland for an assisted suicide. She begged me to help her die, something I was not capable of. If she could go back, knowing what I know today, I would have tried to help her. It’s one of those terrible situations because it seems impossible to assist someone you adore in something like this, and at the same time, the alternative is even worse. A violent and lonely death, like the one she had. My sister was serious, she was going to die anyway.

-I imagine that the difficulty lies in identifying the moment in which there is nothing else to do.

She had a very severe depression. She did not respond to any treatment, she was getting worse every time. She had suffered from it most of her life. As she told me once, she had been trying to beat her for 40 years. It was true. All she wanted now was to put an end to her suffering. It’s kind of hard to understand if you’ve never felt that psychic despair. It is a terrifying matter of which we dare not speak; how can you get to that point where you prefer to die of pure pain.

–Do you think it is hereditary? His father and a cousin also took their own lives.

-I think that there is not yet a resounding conclusion about it, but, definitely, there is a genetic component. There are families with several suicides. It is as if you realize that it is something that can be carried out because your father or your brother have done it. My father was diagnosed with bipolar disorder at a very young age.

Do you think your childhood in a strict Mennonite community had something to do with it?

-Yes. It was a combination of factors and that, of course, didn’t help. All that pressure on guilt, shame, silence and punishment. The obsession with sin… Mental illness was not contemplated, it did not exist. If you felt bad it was because you did not have enough faith.

-He has never blamed his parents for that.

-No way. They did provide us with a protective and loving environment. They were an anomaly in that community. My father was the one who wanted to be there because it was everything he had never known. Actually, my mother always wanted to leave.

– Do you consider your book a plea in favor of assisted suicide?

I am in favor, without a doubt. I understand that it is a conversation that we must have despite the fact that it is a fairly new issue in the world since there is a lot of legislative resistance, especially from religious entities. It is somewhat complex, but it is a decision that one must be able to make freely.

What do you miss most about your sister?

-What made me laugh, no one did it like her. She was super cute. Also the connection we had. I don’t have any more siblings, so when my mother dies there will be no one who knew me as a child. She knew everything about me and she was always present in my work, in one way or another. She caused me great curiosity about her, her way of being, she intrigued me. She was also my first reader and my greatest support in my work as a writer.

-She says that they were “enemies” because she wanted to die and you wanted to stay alive.

-These days I have remembered the absolute despair he felt, how he begged him to stay alive. You can imagine what it’s like trying to save the life of someone who doesn’t want to stay. It was kind of selfish of me in a way because I couldn’t bear the thought of her leaving me alone. It was a pitched battle, a tense fight. She tried to convince me and to understand her, she told me that if she loved her, she should let her go.

-What annoyed you the most?

-I think that the cruelty that is seen everywhere if you know how to look. She was very sensitive to it while most of us are able to live without paying much attention to it or, at least, not being affected much by it. My sister was incapable of doing it and it also killed her not to be understood, the fact that no one connected with that feeling of hers. She felt very alienated even by those of us who loved her the most. And she also alone.

Would anything have changed if you had children?

It wouldn’t have changed anything. In fact, people often say that they don’t understand how someone who has children takes their own life and, in my opinion, that’s not understanding anything. In fact, they think that it will be better for everyone to get out of the way because they consider themselves a burden. One of my cousins ​​did and she had small children.

-What relationship does it have with the faith that you were taught as a child?

-There is always some comfort in the spiritual. My mother is a very believer, for example, and she clings to her faith a lot. It’s something my sister and I always envied her because she was holding onto it at all times. I remember my sister saying with a sense of humor that it was easier to believe in God than not because it just happened, it wasn’t a choice. The religiosity full of rules in which we grew up has nothing to do with the spirituality that I speak of. It has taken me a long time to let go of the negativity and oppressive aspects of the church I grew up in in order to come closer to a feeling of belief in God related to my place in the universe. In that sense, I am greatly relieved by becoming aware of my smallness.

Nothing matters, not even yourself.

-Exact. It’s super comforting. In any case, I keep great memories of my childhood because we all knew each other there and that can be good. The pity is that it was not, truly, a community filled with genuine love instead of hypocrisy.

-You recognize yourself as a feminist. What subjects are pending?

-There is so much left to do! There is a very deep degree of misogyny in all cultures. Many times we are capable of ignoring it, especially in societies like yours or mine, in urban centers that seem so sophisticated. Maybe so, but even in our supposed environment of modern, liberated women, you can see that machismo and feel it. Look if not what is happening with abortion in the United States. You can always go back on rights, so the fight must continue.

-I have never been on Twitter, nor on Instagram or Facebook. I know myself too well and I know it would take up all my time because I would get hooked. I wouldn’t do anything else, I wouldn’t do my job.

Have you forgiven him?

-There is nothing to forgive. It’s more of a real understanding that he had to go, that he had no choice. Although sometimes I still feel waves of anger and anger.

Miriam Toews: “If I could go back, I would help my sister commit suicide”