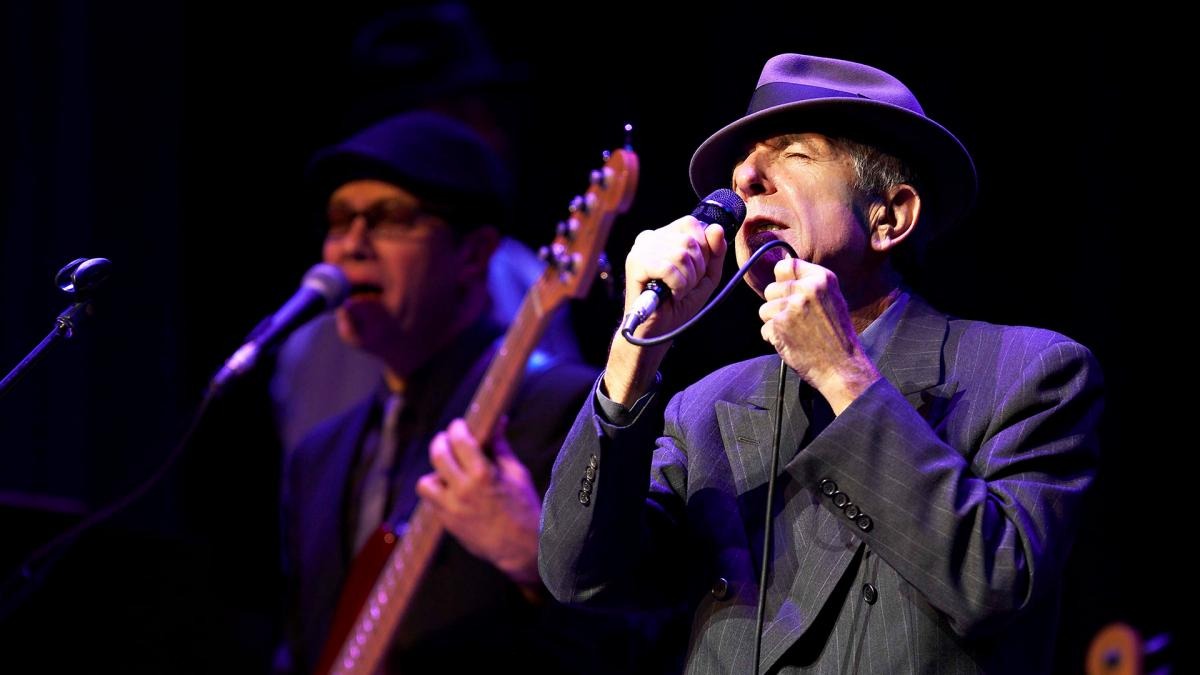 Clear, with a pleasant temperature but windy and with a clean sea and intense waves, the fifth day of screenings of the Mar del Plata International Film Festival delivered two diverse and interesting films, that were announced in parallel sections, outside the competitions of this 37th edition of the exhibition.

On the one hand, the rigorous documentary “Hallelujah: Leonard Cohen, a Journey, a Song”which tells the fascinating story of that song by the Canadian singer-songwriter and, on the other, the fiction “One Year, One Night”from Catalan Isaki Lacuesta and with a world premiere last February at the Berlinale, which recounts the journey and painful mourning of a young couple who were at the Bataclan nightclub in Paris on the day of the attack (November 15, 2015) that left more than 80 dead.

The music lover met an almost obligatory appointment in this edition of the Mar del Plata Festival with the screening of the documentary about Cohen by Dayna Goldfine Y Dan Geller.

More specifically, a story about his song-hymn “Hallelujah”, composed in 1984 but which required Cohen seven years of hard work in dozens of notebooks of verses in search of the right words to talk about his existential doubts, which he captured in the song through references to stories from the “Bible” and the approach to faith from different ancestral beliefs.

Trailer “One year, one night”

“I always thought that there was something wrong with me and that it had to be fixed through the search for spirituality”, says the musician in one of the passages of the film, giving clues about a life in which he tried to find answers or, better yet, ask the right questions to his permanent dissatisfaction that overflowed his Jewish origin, on a journey that took him from having on tours to something like a Japanese spiritual adviser or to seclude himself for years in a Zen convent in the city of Los Angeles.

The film is about “Hallelujah”, an almost religious song that was later, very slowly, taken over by pop culture, first through Bob Dylan and then by its own author, who transformed it and made it his own by extracting the most religious verses to make it in a secular work.

Then it was the turn of Jeff Buckleywho with her angelic and at the same time tormented voice took her to a new level of popularity for artists like Bono, Myles Kennedy, Rufus Wainwright, Regina Spektor and many more. From there to the participants of different reality shows that tried their luck with the song in shipments such as “American Idol” either “The Voice” and, finally, playing as background music for weddings and wakes until reaching a very reduced version in the animated film “Shrek”which circled the globe several times.

Featuring impressive archival footage of the poet, Dayna Goldfine and Dan Geller’s documentary follows Cohen from the start of his late career as a musician at the age of thirty, to his final tour in 2016, when shortly before his death at 82 years old, he took old age with humor and told in an interview: “As Tennessee Williams said, life is generally a well-written play, except for the third act”.

In another of the cinemas hosting a festival followed by an enthusiastic public, the film by Lacuesta, author of “Between two waters” Y “The Night That Never Ends”among others, based on the book “Peace, Love and Death Metal”of Ramon Gonzaleza young Spaniard presents the Bataclan attack that night and puts together a biographical account of what happened in the disco and the subsequent traumas.

Played by Argentinian Nahuel Perez Biscayart and the French, Naomi Merlant, Paradoxically, history has several points of contact with the Buenos Aires tragedy of Cromañón, which left 194 dead.

Although tragedies caused by dissimilar reasons, some of the subsequent traumas of those who were in both places seem to repeat themselves, and much of what Lacuesta’s film tells about the way of moving through mourning after the event was heard more than once in Argentina in the story of young people who were on December 30, 2004 in Cromañón.

Issues related to smells, to the ways of leaving one club after another in the tragedy, of the way of having saved life and of the images that return again and again in a repetitive labyrinth of memory can be seen in both stories.

Lacuesta starts his film with the disconcerted couple leaving the disco and their wandering through the streets of Paris that fateful night and then, as the lives of both characters go by, he returns again and again and shows the images of what happened in the Bataclan and what each one saw and experienced there.

With a camera with a frantic pulse, at a suffocating point, with very short shots, the film covers the subsequent duel, perhaps a year, in the partially destroyed life of this couple after the tragedy, in a film of intense nerve and perhaps not foreign to the local public.