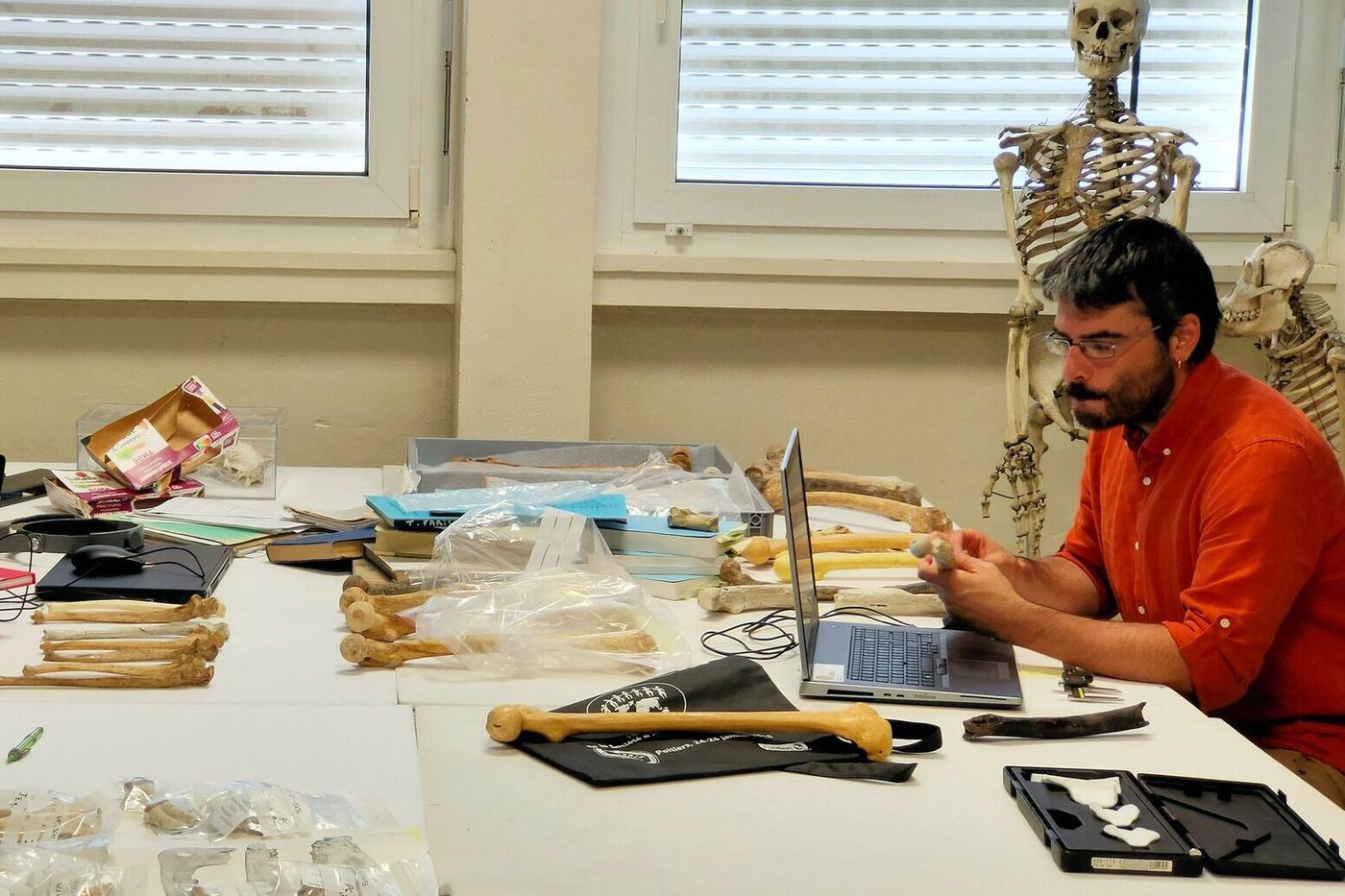 His name is Sahelanthropus tchadensis, but the public discovered him in 2001 under the name of “the man from Toumaï”. This distant ancestor lived 7 million years ago, and “He is the oldest representative of humanity to date”, says Franck Guy, from the paleontology laboratory of the University of Poitiers. From him have come down to us an almost complete skull, two ulnae, three mandibles, some teeth and a piece of left femur. Not much, but enough to upend assumptions about the origin of mankind.

After two decades of scientific controversy, a Franco-Chadian team has determined that this distant ancestor was mostly bipedal, that is to say, it walked on two legs. For their study, published Wednesday August 24 in Naturepaleontologists examined the piece of femur from every angle.

“We inferred the mode of locomotion from the femur and both ulnas (the ulna, bones of the forearm, editor’s note) », says Franck Guy, co-author of the study. These bones proved crucial in determining that the “Sahelanthrope” was not solely bipedal. “They indicate the persistence of a form of quadrupedismexplains Guillaume Daver, another paleontologist who participated in the research. These hominins were able to move on two legs on the ground, and on two or four legs in the trees. »

A fine line between chimpanzees and humanity

A previous study of the skull of the Toumaï man already suggested a bipedal human, because the foramen occipitalis (in broad strokes, the place where the column hooks into the skull) is positioned below, as in humans. current. “Quadruped animals have an occipital hole located at the back, due to the position on all fours”, describes Antoine Balzeau, paleoanthropologist from the National Museum of Natural History, who did not participate in the study.

However, chimpanzees and bonobos can also walk on two legs. “They can but their anatomy is not adapted to itexplains Guillaume Daver. The characteristics of the femur from Chad are closer to those of a hominin than those of a chimpanzee. » For Antoine Balzeau, these works revive the discussion on the morphological characters of the first humans. “For a long time, it was thought that humanity was attached to language, or tools, or the size of the brain, he continues. The reality is that evolution is bushy and complex, and we only have rare fossils to try to shed some light on it. »

The break between the apes and humanity, the famous “last common ancestor”, would be included in a wide interval between 10 and 7 million years, according to the latest estimates. “We don’t know if this last common ancestor was bipedal or quadrupedal.recalls Franck Guy. And the more we go back in time, the more the differences between humanity and chimpanzees will diminish. »

Andrew Garfield: "I run away from fame, because I can only control my work"
Jeff Bridges: "Going back to work after almost dying was a dream"
The Mystery Corner: In Quito a Celtic celebration was held that gave rise to Hallowen
Tweet
Share
Share
Pin