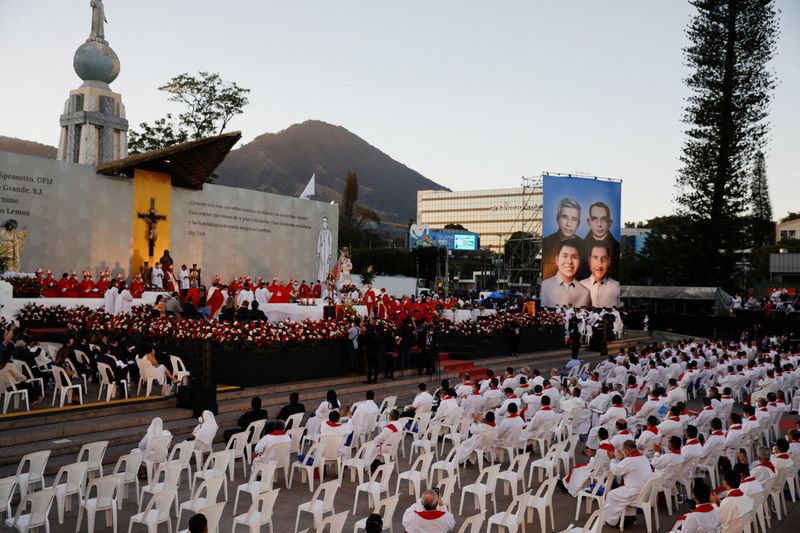 A few decades ago, even centuries, the ancestors used to name their children with the name of the saint of the day they were born, not in vain in the famous “Mañanitas” there is a stanza that says: “Today, because it is your saint’s day, we sing them to you here…”.

The onomastic alludes to the day on which a saint is celebrated, although it is common for many people to use it as a synonym for birthdays, which is wrong, because when speaking of it, it only refers to the list of saints. names of saints.

Like every day of the year, today also commemorates the women and men who stood out for having special connections with the divinities, who did good deeds for others and who had high ethics and morals, reasons that led them to be canonized or beatified and be part of the saints.

This is the saint of Tuesday, November 8.

Then he taught at Cambridge, Oxford and Paris, as a bachelor, he commented on the “Sentences” of Pedro Lombardo.

He had to leave the university, for not having wanted to sign an appeal to the Council against Boniface VIII, promoted by Philip the Fair, King of France.

He returned there the following year to obtain his doctorate, with a letter of introduction from the Minister General of the Order, Father Gonzalo Hispánico, who had been his teacher, in which he recommended him as fully learned “either because of long experience, or because of fame that had spread far and wide, of his laudable life, of his excellent science, and of the most subtle ingenuity” of the candidate.

At the end of 1307 John Duns Scotus was in Cologne, where he taught. Perhaps there is no more outstanding medieval doctor than this Scottish Franciscan, who studied at Oxford, taught in Paris, was expelled by Philip the Fair because he refused to sign the anti-papal appeal, and died in Cologne, at the age when other philosophers begin to produce , as if the flame of thought had burned his youth.

The title of “Subtle Doctor” that they gave him, says all his sublimity. His theories on the Virgin and on the incarnation obtain confirmation after centuries in the dogma of the Immaculate Conception and in the cult of the kingship of Christ.

He elaborates the thinking mysticism of Saint Bonaventure. Scotus is a metaphysician and a theologian.

He used his sharp wit in the systematization of the great loves of Saint Francis: Jesus Christ and the Blessed Virgin. Posterity has also called him “Doctor of the Incarnate Word” and “Doctor Mariano”.

He had numerous disciples and very soon became and remained the head of the Franciscan school, which began with Blessed Alexander of Hales, developed with Saint Bonaventure, Seraphic Doctor of the Church, and culminated in Blessed John Duns. Scotus.

His doctrine is in perfect harmony with his spirituality.

After Jesus, the Blessed Virgin occupied the first place in his life. Duns Scotus is the quintessential theologian of the Immaculate Conception.

The study of the privileges of Mary occupied a very important place in his life. In a public dispute, he remained silent until some 200 theologians expounded and proved his judgment that God had not intended the Mother of his Son to be free from original sin.

Finally, after all, John Duns Scotus got up, took the floor and refuted one by one all the arguments adduced against the Marian privilege; and he demonstrated with Sacred Scripture, with the writings of the Holy Fathers and with the most acute dialectics, that such a privilege was in accordance with faith and that for that reason it should be attributed to the great Mother of God. It was the most resounding triumph at the famous Sorbonne, synthesized in the famous axiom: “Potuit, decuit, ergo fecit (He could, he agreed, then he did it)”.

Along with this character there other saints and martyrs which are also celebrated this Tuesday, November 8, such as the following:

Blessed Elizabeth of the Trinity

Consult the biographies of each of these characters clicking here.

What does it take to be named a saint?

The Catholic and Orthodox Churches use canonization to declare a deceased person a saint.which implies including her name in the canon (list of recognized saints) and permission to venerate her, acknowledging her power before God.

During Christianity, people were recognized as saints without the need for a formal process; however, this changed in the Middle Ages.

In the case of Catholicism, the Church must make an exhaustive investigation of the life of the person to be sanctified and there are four ways to achieve the appointment: the path of heroic virtues; the path of martyrdom; that of exceptional causes, confirmed by an ancient cult and written sources; and that of the offering of life.

In addition, it is a prerequisite who has done at least two miracles (or one in the case of being a martyr). The canonization is made in a solemn papal declaration and a feast day is assigned for liturgical veneration.

There is no established period to carry out the canonization of a character, since there are even cases like that of San Pedro Damián who was canonized until 756 years after his death or, on the contrary, the case of San Antonio de Padua who was appointed up to 352 days after his death.

Santoral today: what are the onomastics that are celebrated today, Tuesday, November 8