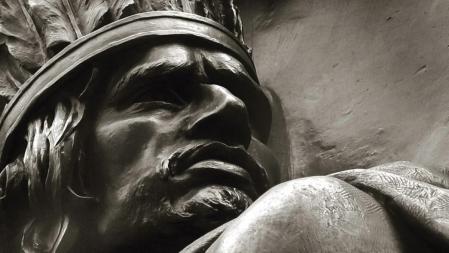 The most recent publication of the book Aztec Secret Authored by the famous Mexican Renaissance writer Leopoldo Mendivil López, it is a great work on the paradoxes that our Aztec ancestors faced and that in one way or another are still alive in today’s Mexicans, it provides key information, questions myths, characters, recreates, entertains and helps nurture collective thinking for a reunion and strengthening of our roots.

The main character is Nezahualcóyotl who carried the Toltec wisdom that his father inherited and the Mexica warlike spirit from his mother. His father, Ixtlilxóchitl; Emperor of Texcoco, convinced of the Toltec principles and the legacy of love and peace of Quetzalcóatl, sought the unification of the tribes and clans, but was betrayed by Tezozómoc de Azcapotzalco, which led his people to suffer rape, genocide, executions and much suffering. .

Nezahualcóyotl managed to escape, in his exodus he faced existential dilemmas that triggered his life circumstances. The main one was precisely what was in his blood, whether to choose not to fight anymore and make war, to devote himself to a life of self-improvement, spirituality, peace and love, seeking Toltec wisdom or if, on the contrary, he should assume the leadership that his own lineage made possible for him and he had to gather allies to Texcoco and enemies of Azcapotzalco to make war.

In these dilemmas, Nezhualcóyotl finds himself with those who strongly claim the historical character of Ce Ácatl Topilsin Quetzalcóatl for his legacy, in these statements they accuse him of being a coward for not having even wanted to give the go-ahead to wage war against those who attacked and massacred to town. And here I make a small parenthesis, although Leopoldo has always exposed the questions to everyone; from the Bible, the Pope, Washington and mainly national heroes, in defense of Seakatl, it should be noted that he was someone who at the beginning of his life dedicated himself to making war, the moment he renounced it was after a battle in which the armies of Tepoztlán would face the armies of Culhuacán led by Mauyolotl, they agreed that they should not all die, that it was a battle only between Seakatl and Mauyolotl, in the end Seakatl won. But this did not make Seakatl happy, due to the great admiration of Mauyolotl’s worth, he decided to leave the war and become a Monk, we could say that he is the only Avatar that was enlightened by killing.

To date we are a product; like Nezahualcóyotl, of that constant duality; that is to say, seeking peace or integration is a spectacular life aspiration, finding oneself, living a spiritually full life in harmony with nature, but a violent person is enough to disturb that peace and that is when they become empowered and more when the peaceful gave up fighting.

In the end, the God who has reigned since the fall of Ixtlixóchitl in Texcoco is no longer Quetzalcóatl; the god of love, but in the pyramid was and still is Huitzilopochtli; God of War. Therefore, like the most subtle martial arts, you must always maintain love, peace and serenity, but always be alert for the moment when you have to go out to fight, shouting the war cry to defend a son, a being beloved, nature or your people.

We are made of love and war; aztec secret revealed