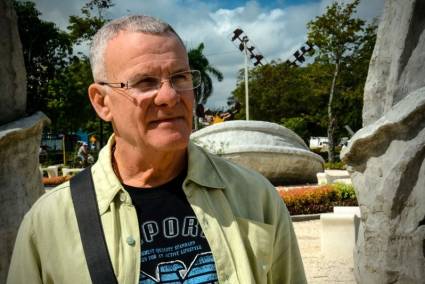 This Monday, September 12, death suffered another blow: the prominent plastic artist Cosme Proenza passed away in Holguín, his homeland, where after several days he lost the battle against COVID-19, according to his daughter, Sandra. Proenza, on his Facebook profile.

Painter, draftsman, engraver, illustrator and muralist, he was born in Tacajó, Báguanos, Holguín, in 1948. A disciple of Antonia Eiriz, of whom he always spoke with the respect, gratitude and love professed for great masters, he studied at the National School of Art (1973), in Havana; and later graduated from Monumental Painting and Artistic Pedagogy at the Institute of Fine Arts (1985), in kyiv, Ukraine.

Considered a prophet in his land, from the City of Parks, a small homeland that he never left, he created an aesthetic universe of incomparable charm. His pictorial worldview and his highly refined style made him a highly esteemed creator in Cuba and beyond the seas.

Author of sublime works such as Cecilia Valdes, expulsion from paradise Y San Cristobal de La HabanaCosme was characterized by the study and reappropriation of universal art classics, codes that he also transferred to other manifestations such as sculpture, and that came to life in the Parque de los Tiempos project, inaugurated in 2016.

series of the depth of manipulations, boscomanias Y the gods listen they show the exceptionality of his art, of that ability to dominate fantasies to take them to the canvas. «This master perfectly masters the technique of his trade, he is the possessor of a gift: the in-depth vision of things, a palpable privilege that allows him to capture the blink of an ant and leave the flight in suspense, for hundredths of a second. of the hummingbird, the alchemical recipe with which the wings of the butterflies were decorated was revealed to him. Contemplating his paintings is like entering the cabinet of Penthesilea, the magician and fortune teller of the Renaissance, it is living as if we were previously in another state of body and soul, or in a strange place where we once lived and whose coincidence surprises us as if Let’s see our kidnapping reflected in a mirror, “said Eusebio Leal.

In 2016 the Hermanos Saíz Association awarded him the Master of Youth distinction. In this regard, the creator shared his considerations: «The young man never looks back when he does not need it. If you don’t have an interesting work, they don’t take you into account. I feel very satisfied, because when the youth recognizes you, it means that you did something.

«I don’t live to get prizes, society rewards one because they believe that their work was worth it. With the Master of Youth I am very happy, I don’t need any more. If someone occurs to give another, they will know why. Living in a place where people know you and appreciate what you do is the most important prize.

Cosme Proenza defined himself as a person who defended human spirituality, beyond codes associated with elements of a religious nature. He was “spiritualistic” above all things. He assured that in his work “there was everything, like the good Cuban broth that we are of culture, and although at some point I started from a postmodern criterion of manipulating certain works of universal art, later my painting was transformed (…). It’s just my own personality.”

He bet on the emotion of the unpredictable, on discovery, on the journey into the unknown. “I don’t make sketches because I don’t want to. Doing them would be like telling you the movie, and that for me is not very interesting. The real adventure is to see how those characters, insects, landscapes… unpublished things that are inside one come out. As a result, everything is more personal, more enjoyable, because you feel the freshness of what is not very well thought out. You feel that purest art that seems to have been created without effort and that always leaves that feeling of having come out spontaneously».

When your exhibition opened vocess of silence, at the National Museum of Fine Arts, as a spectator, I had the feeling that all the secrets of the universe were revealed before my astonished gaze. But you had to know how to observe, rather than look. It seemed that the eyes were not enough to contemplate such beauty. In his images was the essence of eternity, the door of dreams.

«My painting is romantic and nostalgic. There is a bit of that intention in the color of my works, because my painting is another dimension, the real is not seen, and although there are recognizable objects, it is actually the dimension of thought, the one that as a human being one cannot see» said the artist.

For this reason, Miguel Barnet was quite right in stating that Proenza “carries the breath of the world in its Holguin heart. He does not believe in false nationalisms or stereotypes of identity. He knows no modesty. He faces the canvas, owner and lord of his head, of his fantasies. No one has taken over tradition like him, no one with firmer and more undulating hands has recreated Bosch like him; I don’t think that in Cuba there is a more eccentric painter, more apparently alien. He has the power of the demiurge, the key to the enchanted castle.”

In an interview granted to RT, in 2017, he confessed that he painted in a state of total happiness. «When I’m not, I don’t paint, because I’m throwing such a negative energy onto the support that I’m not even going to resist it. The human mind is prepared for that: the good is always remembered, the bad is forgotten, or at least you have it in the background. I thank life, God and everyone that my life has been a painter’s life, neither good, nor average, nor bad; but as a painter».

Thank you, teacher, for your painting. Thank you, too, for making us immensely happy. 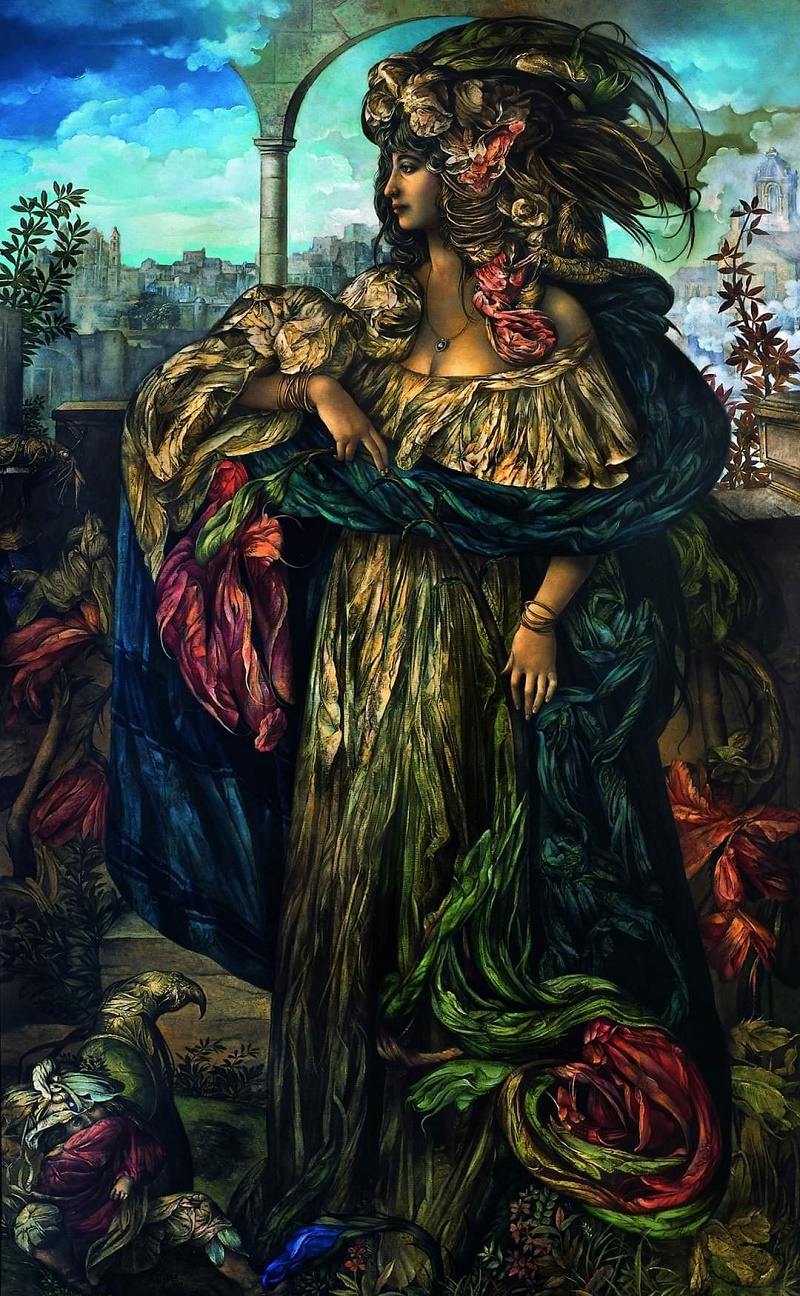 from the series The Gods listen.

Cosme Proenza and the power of the demiurge