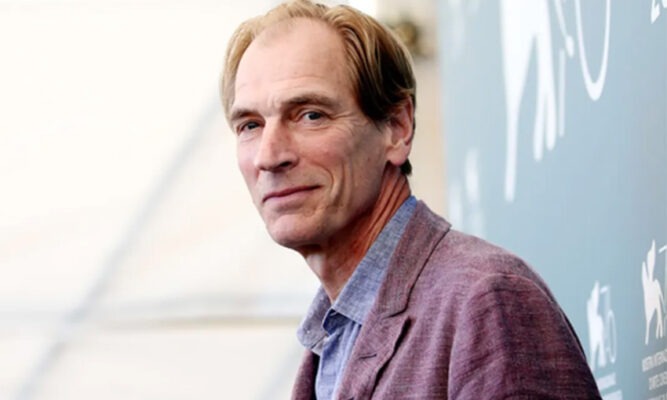 As an anecdote, a Magellanic journalist recounts that in January 1996, getting on the elevator of a Magellanic hotel, he found himself face to face with a familiar face. The lanky character, with deep eyes, was nothing less than “Warlock, the wizard”, strictly speaking the actor Juliand Sands.

The Otley-born artist, A town located in the county of West Yorkshire in England, he came from playing the character in the 1986 film, repeating it in 1993 in one of the sequels. The irruption of the tape on the big screen would be successfully replicated on television, making him a cult character in the days when “Jason” and “Freddy Krueger” were doing their thing.

It was at that time that Sands arrived in Punta Arenas with the aim of giving free rein to his greatest passion after the movies: excursions. His objective was to climb Mount Vinson, in Antarctica, a mission accomplished after spending almost a week waiting for the weather window that could take him to the white continent.

Affable, the man with Nordic features, was far from the character with blonde hair and messy hair sentenced to death for his crimes and witchcraft. For this reason, it was not difficult for Benjamín Muñoz Gamero to agree to talk in the Plaza de Armas.

This week Sands made news worldwide, and not because of movies like his also successful “Arachnophobia” and “The Phantom of the Opera”, but because he is missing after a trip to California.

The 65-year-old actor was last seen ascending Mount Baldy (more than 3,000 meters high), in the San Gabriel Mountains. After losing contact with his family, he raised the alarm and began the search with specialized personnel with the support of drones and helicopters. However, the worst is feared due to avalanche risks and dangerous trail conditions that have hampered the search on land.

Meanwhile, on the county sheriff’s official Facebook page, authorities called on all hikers – even experts – to avoid walks and hikes in the Mount Baldy area due to the high risk of facing an accident. .

Only a few days ago, Crystal Paula González, the 56-year-old Spaniard better known as the “Queen of Hiking”, died at the site, who fell into the void from more than a thousand meters. Her body was found after more than a week of searching.

His passage through Punta Arenas

In that distant January of 1996, Juliand Sands spoke with La Prensa Austral, where she made her love for the mountains clear: “I am going to Antarctica because it is the only continent where I have never been. I have seen many photos and read all kinds of literature about the place and I want to feel the challenge, the peace and the spirituality of climbing mountains there.”

He recalled that a year earlier he had visited Chile for the first time, a trip in which he reached the summit of Mount Aconcagua.

Regarding his impression of the people of Chile, he pointed out that “they are very generous and kind, without neurosis or psychosis like the people of the United States. That also adds to the privilege of being here.”

Sands stayed on the white continent for more than a week, until he flew on an Adventure Network plane. Later he returned to Los Angeles to shoot “The Phantom of the Opera.”

Since then, the actor has lived in Los Angeles, United States. He is married to the writer Evgenia Citkowitz and has three children.

British actor who climbed in Antarctica disappeared while hiking in California

Is the gut our second brain? | RCF
The Dwellings or Inner Castle
Meeting with Master Sri Akarshana, the "Yogi with a Lamborghini"
Tweet
Share
Share
Pin