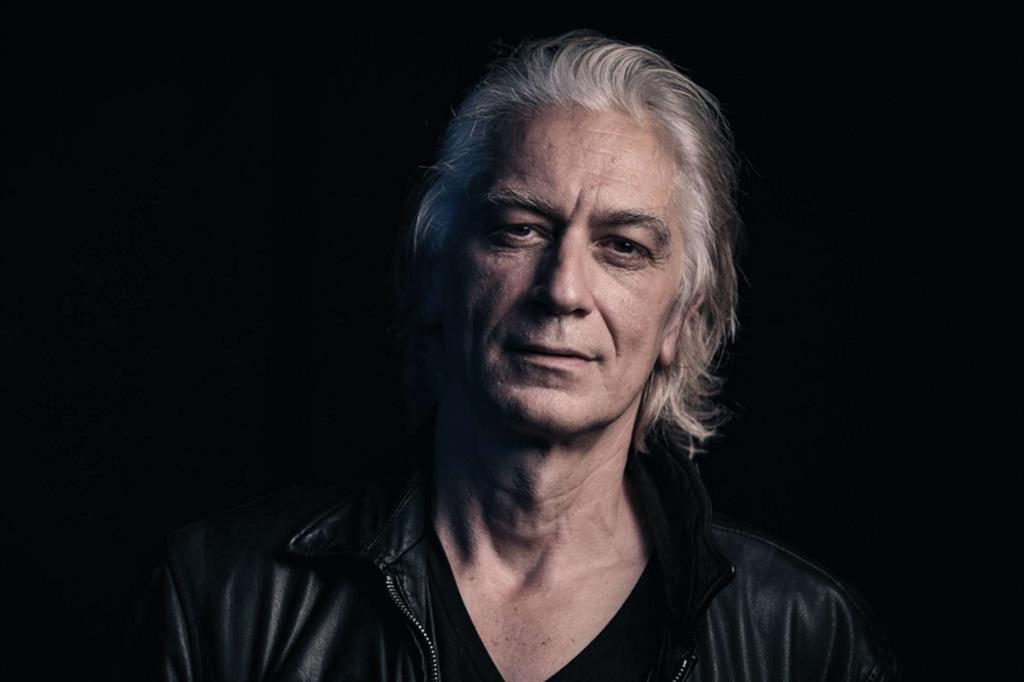 There are born showmen who become popular only after years of a prestigious career. This is the case of Tommaso Ragno, 55 years old with charm to spare, a great actor of the Italian theater who is experiencing a real cinematic boom. Five films released this year in which he goes from Camorra boss to Nostalgia by Mario Martone, Italian candidate for an Oscar, a terrible pater familias of the Foggia underworld in I eat your heart Pippo Mezzapesa, now in theaters, and scoundrel actor in Drought by Paolo Virzì (these two presented in Venice), from rock stars in decline into My soul summer by Fabio Mollo a thief in We rob the Duce by Renato De Maria. These two films have just been presented at the Rome Film Fest, respectively to be released on October 24th in theaters and on October 26th on Netflix. Furthermore Ragno is back from the immense theatrical success of M. The son of the century from Scurati’s novel directed by Massimo Popolizio, which closed on Sunday at the Piccolo Teatro Strehler in Milan.

Tommaso Ragno is currently the most requested actor in Italian cinema.

There was a greater frequency of exposure than usual, it was a very busy year, fortunately full of work. I’ve always worked through ups and downs, in recent years I’ve worked a lot on the set. But I don’t want to sing it and play it, there’s nothing in me. I am an actor and I am known for who I am. I’m happy if the esteem is linked to having built a profession and the actual things done.

You have also appeared in many TV series, from Sky’s ‘Baby’ to Netflix’s American ‘Fargo’.

Being on the set is a surprise every time, it’s a precarious job, it gives you great freedom, but it pays off. You can make discoveries about yourself and the kind of skills that are required. One learns to do this job either at school or on stage: you need to get your ears used to the ‘no’. This generates despondency, but it can bring a greater degree of reality to our work.

However, thanks to Martone’s ‘Nostalgia’ she finds herself with a Silver Ribbon for her interpretation and in the running for the Oscars…

I come from Piacenza where I used to act in a dramatic society. Then I studied at the Paolo Grassi School of Dramatic Arts in Milan. In 1988 I made my debut with the Greek tragedy ne The second generation, precisely under the direction of Martone who had come to give a seminar at the school on the sons of Homeric heroes. We have always known Mario and finding ourselves on such a special set, together with Pierfrancesco Favino, was a privilege: there are very beautiful and very difficult scenes, full of emotions. The Oscar? These are pinwheels, the most important thing is that the film has been seen in theaters.

His roles in the cinema are extremely various

In Drought di Virzì it was nice to be able to play a comedy character, which I have done a lot in the theater, but never on the set, where they tend to give me roles with a high dramatic intensity. In I eat your heart of Mezzapesa I came to terms with my Foggia origins and with a choral cast. The interpretation is not one way, it arises from the relationships with the other actors. These are the things I wish I could do. 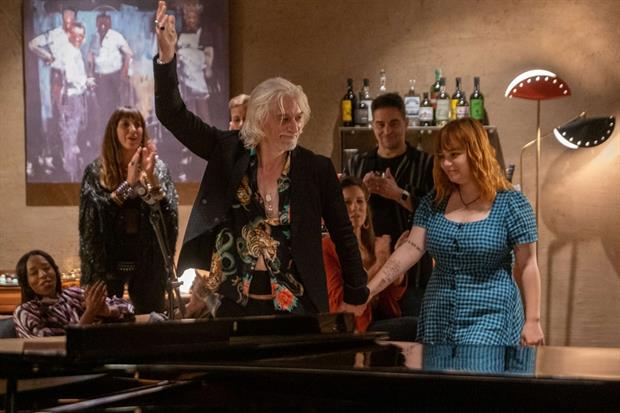 At the Rome Film Fest we also discover her as a singer..

In My soul summer di Mollo are a rock star in decline, deaf for abuse of concerts. The meeting with a young musician, Casadilego (alias Elisa Coclite, winner of X Factor in 2022) is all about talent and will be fruitful for both of us. She will find his musical voice and he will learn to appreciate life. I was also able to sing in the film and I carry in my heart the beautiful relationship established with Elisa. In We rob the Duce by Renato De Maria instead I embark on an adventure with different styles, from comics to the grotesque, from the violent to the ironic: we are a band of thieves in search of Mussolini’s treasure

Mussolini who you magnificently portrayed on stage in ‘M. Son of the century’.

There is the figure of the double which is very interesting. Massimo Popolizio has carved out the figure of the histrionic duce, I interpret the historical Mussolini, this ordinary man who becomes the head of a nation, and we also have recent examples in the world.

For many years the theater was his true home.

Theater has given me a lot of time to try myself. We are beings made to be in closeness. After the series indigestion on the platforms it is necessary to resume the relationship with the body: to go to the lake, to the sea, to walk. The body is another aspect of the mind, it has its own laws. As an actor, the body is an essential element for expressing emotions. The energy for acting is not inexhaustible, it is very delicate and must be protected because to believe in an imaginary world which is very fragile, it is necessary to make a considerable effort to evoke personal energies. When you play big characters, it’s like playing big symphonies. They require a very exhausting workout, we are between athletic and psychological performance together.

He learned it working with directors such as Strehler, Sciaccaluga, Ronconi, Cecchi, Lievi?

Acting with these great theater men teaches you to relate to the difficulty of this work which can be exciting. Investing your life in it and having enough to live on is the fulfillment of an obsession you had when you were a kid. When you’re dealing with great plays and great theater artists, you understand that it’s work that gets better as you get older. Different ages can be stratified in an actor which create a very rich mineral which produces an irradiation towards the spectator: this makes you feel like a link between a world of the living and a world of the dead.

I start shooting in Genoa the first film written and directed by Alessandro Roja while in January debut at the Teatro Argot in Rome with A report for an Academy from a story by Kafka of which I take care of text and direction. It’s the story of a monkey who, captured and taken to the new world, found a way to integrate, becoming a music hall star so as not to end up in a zoo. A funny, heartbreaking and ferocious apologue about freedom. 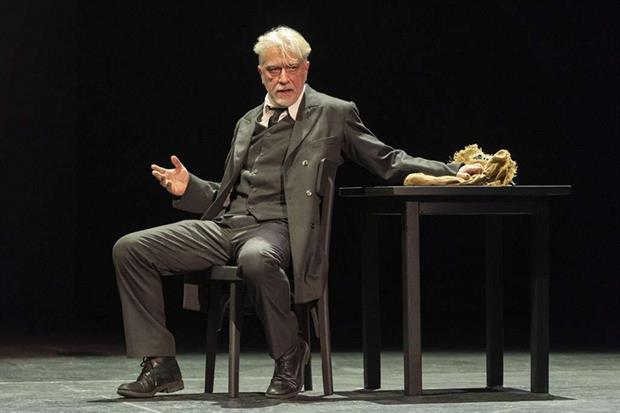 Tommaso Ragno star performer at the Piccolo Teatro in M. The son of the century, show directed by Massimo Popolizio from the novel by Antonio Scurati – Photo by Masiar Pasquali

The portrait. Tommaso Ragno, the showman’s boom between cinema and stage