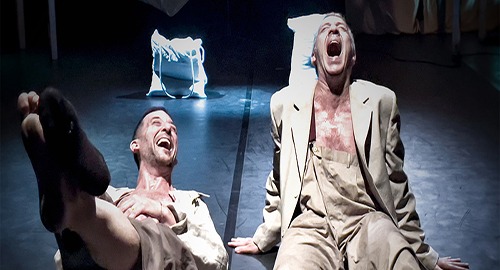 In a world increasingly characterized by a growing contamination between the levels of knowledge and action, even the stage inevitably takes on an increasingly multidisciplinary value. This imperative, well summarized in the guiding parameters of the Ministry of Culture, is the beacon that guides the action of Zō Contemporary Culture Center of Catania which is preparing to launch the new season of Other Scenesthe review of contemporary creations.
The multidisciplinary is inseparable from the contemporary, they are the stage arts 2.0. The theater that proposes Other Scenes rather than breaking further with tradition, it instead wants to recover and revisit memory, but in a contemporary key as in the case of “Totò and Vicè” from Franco Scaldatiin the unpublished reinterpretation of Giuseppe Cutino with Rosario Palazzolo, AntonGiulio Pandolfo, Egle Mazzamuto and Sabrina Petyx which opens the review Saturday 5th Novembera production Alternative Energies Cultural Association, Palermoexecutive production ACTI Independent Theaters, Turin, with the support of Babel / Spazio Franco, Palermo and Compagnia dell’Arpa, Enna.

Totò and Vicé are two of the most extraordinary characters in Franco Scaldati’s universe: born and lived in another time, linked in the soul by a mutual and absolute friendship, they live on fragments of dreams, always poised between earth and sky , in an impregnable time, in a Palermo with an eternal night, where past and future coincide in an infinite present; Totò and Vicè feed each other, because only if there are two of them, only if they are the two of them can they be able to be. A poetic and moving text that offers countless ideas to reaffirm that the mirage exists: the mirage of a theater, the real theater, the one that takes your breath away with nothing; the theater that does not distinguish between the living and the dead; the theater that gets out of hand and teaches you the mystery of love. “Totò e Vicè is the theater that stages that humanity – explains the director Giuseppe Cutino -which always lives in dim light but on the stage shows the unbearable light of happiness, which makes the reality around you seem worn and ephemeral. A reality that today more than ever has the need to regain possession of the spirituality of death ”.
In the memory recovery also enter “Old iron” from Rino Marino (February 25) with Fabrizio Ferracane and Marino himself, who tell the story of Orazio Di Grazia, the old man who pushed the bike that the people of Catania remember well and “Orlando’s song” by and with Giovanni Calcagno staged on March 25th.
“The intertwining at a dramaturgical level between music, circus arts, theater and stage action, – points out Sergio Zinnaartistic director of Zō – it always makes clear what is multidisciplinary, which does not mean a billboard divided into separate sections“.

“Multidisciplinarity means – he adds Pamela Toscanoproject manager of Zō – that there is an intersection of disciplines. If we talk about music in a theater show it should not be understood as an accompaniment or soundtrack but as a level in itself of the dramaturgy. A strong example is the show “The feelings of the pig” by Licia Lanera in which there is an orchestra on stage, a show inspired by Mayakovsky but in a punk rock version. This is a season that focuses on the themes of the excluded, of rights, of social cases. “Totò e Vicè” does so, also in Licia Lanera’s “The feelings of the pig” on stage there are two outcast actors who speak of suicide, almost in perpetual memory of the historic marginal role of the actors “.

A return from Zō, the December 17, for the actress from Bari after the success of Bulgakov’s “Cuore di cane” last year, the second step in the trilogy “Look how it snows”, dedicated to the Russian writers Bulgakov, Mayakovskij and Chekhov. In the circus arts show “Clown in freedom” (scheduled for December 4) of the Parma company Theater Necessary the multidisciplinary level is very strong as Leonardo Adorni, Jacopo Maria Bianchini and Alessandro Mori are both actors, jugglers and musicians. “A little bit of a clown and a little bit of Pierrot – explains Pamela Toscano – they too stage, in both an ironic and a melancholy key, stories of people on the margins ”.
“A tear” (March 11th) by and with the Randazzese actor Ture Skinnyalways active on texts inspired by news events, is a denunciation of bullying. “Ecce Robot!”, By and with Daniele Timpano (April 22) is the ironic tale of a generation that, unaware of living in the years of lead, grew up among steel robots. The peak show of the season is undoubtedly “Simplicity deceived” (January 21st) by and with the Friulian actress Marta Cuscunà, which speaks very strongly of rights. Set in a sixteenth-century monastery of Poor Clares, it obviously deals with the rights of women who were then forced into monastic life if they could not find a husband, but which points the finger at the still prevailing patriarchal culture. She does it in a very strong way, using puppets that she builds herself.
“Our effort is to bring the leading names of the new Italian research theater even if the Sicilian public does not yet know them. – points out Sergio Zinna –. Even today, however, this effort is not recognized by Furs, the single regional fund for entertainment, of the Sicilian Region which, unlike what the Ministry of Culture does, only finances theatrical production activities and not programming activities. Indeed, the Sicilian Region has further financed some excellences of production, forgetting as always the excellences like ours on multidisciplinary programming, the only one recognized in Italy by the Ministry of Culture ”.

November 5, 2022, 9 pm: “Totò and Vicè”, opera set to music for shadows and voices by Franco Scaldati, adapted and directed by Giuseppe Cutino;

The 2022/2023 season of “AltreScene” restarts on 5 November at the Zo center in Catania, with “Totò e Vicè” by Franco Scaldati, to revisit memory in a contemporary key – Cronaca Oggi Quotidiano