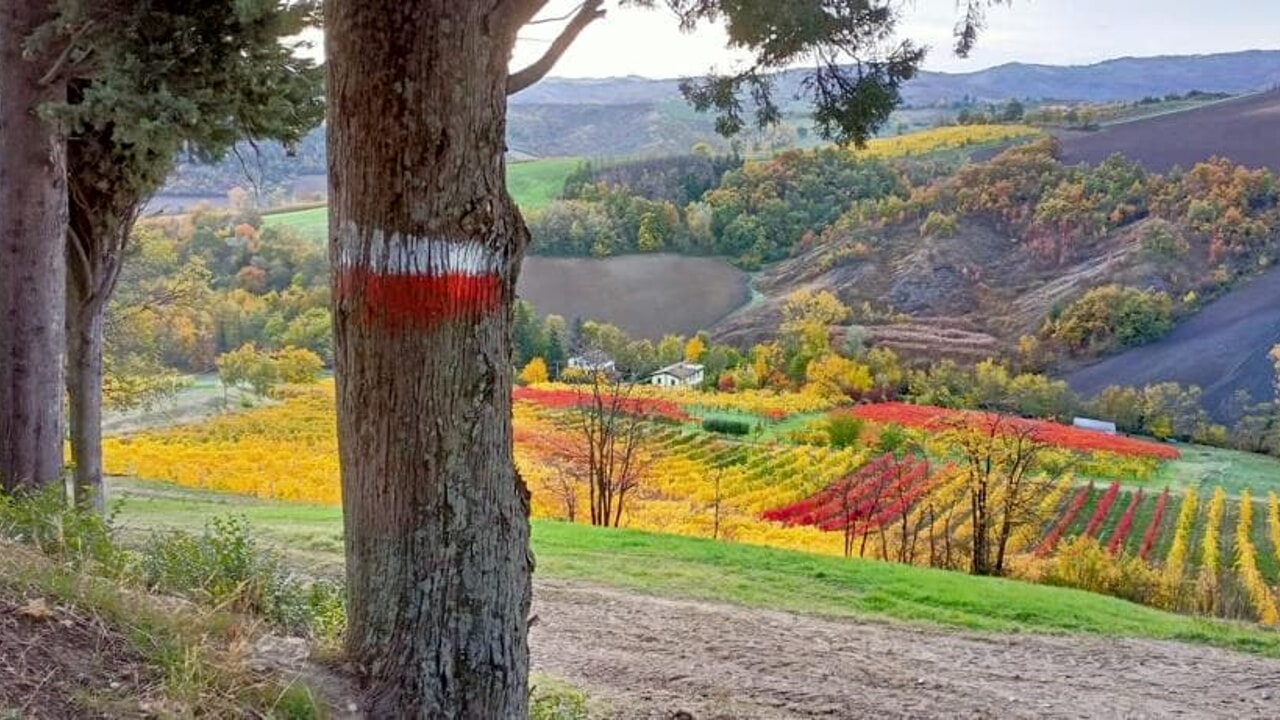 For every euro spent by the public administration to support the Union’s Way, 18 returned to the territory. At the end of 2022, Giuseppe “Leo” Leonelli and Federica Bergonzini, the creators of the 100-kilometre circular trekking route that winds along the municipalities of the Unione Terre di Castelli, drew up a balance sheet of the first eight months of “activity” of the Cammino which, it will be recalled, officially debuted on April 27 with edition 0.

Well, on the basis of the number of credentials distributed, of the data contained in the 2022 dossier of Terre di Mezzo “Italia, Paese di Cammini”, it has been calculated that, from April to December, we hosted 547 pilgrims in our area. Quite a few for a debut project if we take into account that of the 51 paths surveyed by Terre di Mezzo, 22 have released more credentials than ours, but 29 fewer. To those who have withdrawn their credentials, we must also add a 20% who, again according to Terre di Mezzo, walk uninterested in credentials: a total of 656 people. If we exclude those who reside in neighboring municipalities and have organized themselves autonomously (it is estimated there may be around 130), all the other walkers came from other regions and some even from abroad. All of them, 526 people, have used services in our area.

“We fought to stay within 50 euros a day, as we promised ourselves – explain Leonelli and Bergonzini – but we only partially succeeded, above all because there is still a lack of structures designed for walkers, such as hostels, guesthouses and refuges. We could therefore hypothesize an average cost of 400 euros for every day of walking, but to be on the safe side let’s say we managed to stay on 350 euros. So 526 people who spent 350 euros each generated an economic induced of around 185 thousand euros. The Unione Terre di castelli and the Municipality of Vignola allocated 5,000 euros each, so each euro generated 18.1 euros of income for the area”.

Naturally, the goal for 2023 is to improve, although confirming something new is just as complex as launching it. But Leo and Federica continue to be a forge of ideas, starting with that of tracing a path for the physically disabled (perhaps two rings, one even with an overnight stay), while studying two variants of the traditional path that allow for the insertion of a place of spirituality for who walks like the Sanctuary of Verucchia. “The symbolic goal of 1000 distributed credentials is within our reach – confirm Leonelli and Bergonzini – but first of all we need to strengthen the collaboration with the accommodation facilities in the area. For January 31st we would like to meet the owners of bars, restaurants, grocery stores, hotels and B&Bs, in the council chamber, in Vignola, so that common ways can be identified to welcome walkers in the best possible way. We would also like to extend the organizational skills and managerial responsibilities of the Way to other people. So far we have done everything just the two of us, because we wanted to build it as we had planned it, but now that the Way is a collective heritage it is time for more people to take care of it. We have already organized a meeting open to all potential interested parties for January 25 “.

“Even in 2023, our commitment to raise awareness and support the Union Way continues – confirms the president of the Unione Terre di castelli and mayor of Vignola Emilia Muratori – The first commitment is to strengthen and make the signage more recognizable and structural specification set up along the entire route. And we already have technicians working on this. As is well known, this year the building site for the renovation of the premises that we bought as the Administration of Vignola in Piazza dei Contrari opens. The Pit, the Tourist Information Point, and the headquarters of the Pro Loco will move here. Our goal is to have an information point available to tourists that is always open. That will be the natural place where you can also distribute the credentials of the Way and provide information to pilgrims who want to get to know our territory step by step. In fact, the administrators of this territory support slow tourism projects, supporting, in addition to our Union Way, also the project of via Romea Nonantolana and via Vandelli, routes that cross the territory of the Unione Terre di Castles”.

Walks and trails: investing in slow tourism is good for the area