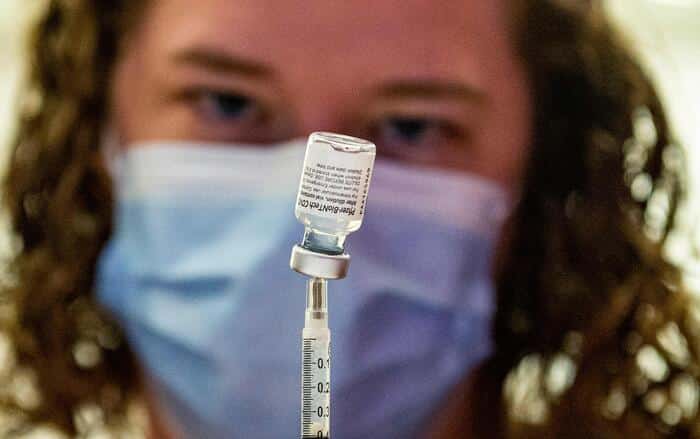 The primacy of the Capitanata in Puglia and in central-southern Italy has been evident since the beginning of October 2020 (number of positives, reported daily by the Region), but no one notices it, then in mid-November we suddenly pass from crowded avenues of a pleasant autumn in the queues of hundreds of people in front of the analysis centres. In a couple of days, from indifference to panic.

In Manfredonia, Istat reports an increase for the years 2020 and 2021 of 263 dead. Among the highest numbers together with Cerignola. In Trani with a similar population, there are 110 deaths, in Avellino 105… Barletta records 205, Andria 246, but double is the number of inhabitants. The causes? It is difficult to identify them… They are varied, different, cultural and environmental… The closed, opinionated and lazy circles, with their own convictions, the lack of controls in the lockdown… It is certain that in the end of the year 2020 festivities towards Siponto and the villages of the southern coast created real traffic jams.

The local health authority is silent on this “hidden massacre”. Talking to someone, you only notice embarrassment. “The supply chain between information, controls, trust was missing”, thus we discover the hot water. According to some, in the pandemiceveryone did their duty. And it’s true. But only their duty! Nothing else. “They are over eighty years old, many with other pathologies”, of course, but they are almost 2500, a whole country! Many families have been traumatized by departures without returning to the hospital and by cold forms of communication (“doesn’t cooperate…” “doesn’t cooperate…” “he’s not here, maybe in the morgue…”). Only the Camillians of a country parish (Stain), in addition to erecting a monument to the victims of Covid, they protested the buses where the students of Mattinata were crammed like sardines. With such high numbers compared to other cities, it is legitimate to ask questions, among other things also about the responsibilities of the two large hospitals in Capitanata (Riuniti of Foggia, Casa Sollievo of S. Giovanni Rotondo).

In the pandemic there was talk of new healthcare, proximity, community hospital. And everyone meant different things. Today then there is a rush to criticize those who go out, to citizens who move to other regions, accusing the hospitals of the North of creating favorable conditions, essentially they are guilty of treating the southerners well. Everyone points out how much money they lose. “These are interventions that can be done here!”. The tendency not to look within, not to see what doesn’t work, is perverse. They only consider the operational-surgical aspect and not the quality of hospitality, respect, words, collaborative working methods. Meanwhile, it is not taken into account that many southern families have children, grandchildren and relatives in the north. One hundred thousand people (whole families), in 20 years, have moved from the Capitanata to the cities of the North.

Padre Pio’s hospital is going through a crisis that has been going on for some time. As manager of the weekly pages on Avvenire, for over ten years, I have often reported the criticisms on the loss of the original spirit, the internal conflicts… Talks that are now old. Less and less the faithful of Padre Pio turn to Casa Sollievo. Before “they trusted”, now they demand efficiency and respect. The very perception of the Saint, like all the saints after all, changes. Padre Pio seems to come out of the image of holy wonderworker and becomes an expression of an essential spirituality, of pain and mystery. I haven’t been able to see the movie yet Abel Ferraraand I can not add more for now.

Recent news reports that hospitals are full of thousands, millions of old people who, if discharged, would not know where to go. Proximity does not only mean supporting care in the place where you live, but building relationships between people and different subjects, in order to move from the provision of care to taking charge of the care path… A cultural and ethical change contextual to managerial and economic correctness and indispensable for the quality of the service.

The dead of the pandemic. In Capitanata the highest numbers in Italy. And nobody wants to talk about it