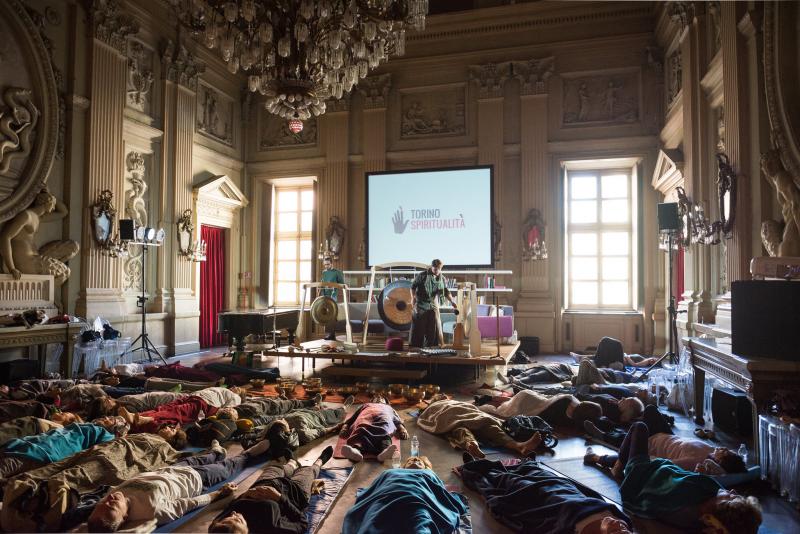 I was about two and a half years old when I walked into the kitchen, clinging to the tablecloth so as not to fall and, slipping to the ground, dragged with me the tablecloth, the breakfast cups and the Neapolitan coffee pot that my mother had just turned upside down in the center of the table. I still carry on my chest the mark of that burn from boiling water, which was very extensive on such a small body and which today, on an adult chest, remains a discreet but profound memory trace.

I had time to get acquainted and now I don’t mind it anymore, but when I was a kid I refused to go to the pool so as not to have to exhibit a part of me that made me feel ashamed, and in the summer I tried to avoid the beach or at least to keep up. the shirt despite the Ischia sun. In my teens, on the other hand, I joked about the scar even before anyone asked me how I got it: a grenade in the front, I said, or jokes like that. Of the approximately two square meters of skin I have, for a not insignificant time in my life I have been concerned only with a handkerchief with a side of twenty centimeters, which does not conform to the model of epidermis I had in mind. What about the rest?

Who knows if today, in dedicating the 18th edition of Torino Spirituality to exploring the vast significance of leather, there may not be the impulse in me to compensate with due attention the tens and tens of centimeters of fabric that diligently marked my starting point and of end respect to the world, and which I have long neglected. Maybe, even if it seems to me that I can precisely identify the moment in which it seemed to me it was worthwhile to start working on the subject. skin. It happened during the past edition of the festival, according to a dynamic that has often occurred in recent years: you listen to a guest speak and at a certain point he hits you with a phrase, a reference, a thought that makes you say: ” I really have to remember ”.

Sparks, which in the long run, however, can illuminate the outline of a new theme to be explored. And so she went like this: during her lesson, the French rabbi Delphine Horvilleur referred to a page of Nudity and modesty, an essay written by her a few years earlier and published in Italy by Qiqajon, the publishing house of the Bose community. On that page Horvilleur dwelled on a question that the Jewish commentators of the Bible have covered – and the verb is not used inappropriately – with multiple hypotheses: what kind of garment was the leather tunic mentioned in Genesis, the one sewn by God himself to cover Adam and Eve at the exit from Eden? Animal skin? Of which? The snake, which at that point in the story was no longer so well regarded?

According to some passages of the Zohar, a masterpiece of Jewish mysticism evoked by Rabbi Horvilleur, one of the answers – indeed suggestive – could be this: the tunic sewn by God for Adam and Eve was none other than the human skin itself. In Eden, therefore, the human being was luminously a-dermal, transparent to himself and to his Lord, but when harmony is broken and the creature has to leave the Garden, he needs to cover himself with something to separate it. from the world and, enveloping it, define its limits: a frontier between oneself and the rest, the seal of a vanished fusional state.

A fusional state which, if we move from Genesis to another “beginning”, I seem to find not dissimilar in the condition of the newborn. As soon as he comes into the world, the child has a very rudimentary awareness of his own body: he does not know where it begins, he does not know where it ends, he does not know that the skin of the arms that surround him and the palms that caress him are not the her skin, but someone else’s skin, the other from oneself. He will understand it later, and if he will be able to learn the coordinates of his own body space it will be largely thanks to that skin not his, which lovingly traversing the extreme limits of him will have revealed them to him. In short, a construction of personal identity that passes through the unexpected manifestation of an epidermis that delimits us.

Just as happened to our biblical ancestors who, from being diaphanous they were, suddenly find themselves defined and “opaque”: the edenic condition of creatures without skintransparent to each other and to their creator, lost forever.

Symbolically, we could see in this scriptural narration also a sort of ethical indication on the ways of being in the world: the thicker the skin – hardened by layers of indifference, cynicism, egolatry – the more one moves away from the original completeness of the human being; while a thin skin, as less divisive armor, makes us partakers of reality and brings us closer to an admirable completeness, which is empathic transparency, a relationship that is always exposed to good as much as to evil. With all that this extroversion can entail in terms of displacement, vulnerability, enrichment and transformation.

But on closer inspection, the skin is not just “opacity” that covers and hides. On the contrary. The epidermis reveals a lot of who we are: it is an intimate archive, a map and memory, to the point that every trace on our skin – a wrinkle, a mole, a fingerprint, my scar, a tattoo – is the mark of a individuality, the visible schedule that we carry with us. And it will not be a coincidence that in many narratives being deprived of the epidermis means at the same time being deprived of one’s identity.

In the Metamorphosis Ovid the Silenus Marsyas is punished by Apollo with the torture of flaying and at the height of the torment he exclaims: why are you tearing me from myself? From torture to torture, torn from himself is also the martyr Saint Bartholomew, whom Michelangelo represents in the Last Judgment holding the dangling envelope of his own skin in his hand. Impressive, but less so than the marble version that can be seen in the Duomo of Milan, a figure of exposed muscles and tendons, wrapped in a drapery that, if you better observe, is a coat of skinned leather. But let’s leave San Bartolomeo aside and observe other saints. We will discover a less bloody way of being “torn from oneself”: ecstasy. Etymologically ecstasy it means being outside oneself, transcending oneself, in a movement that crosses the natural boundary and literally takes us beyond the clothing of our skin, to encounter something that surpasses us. 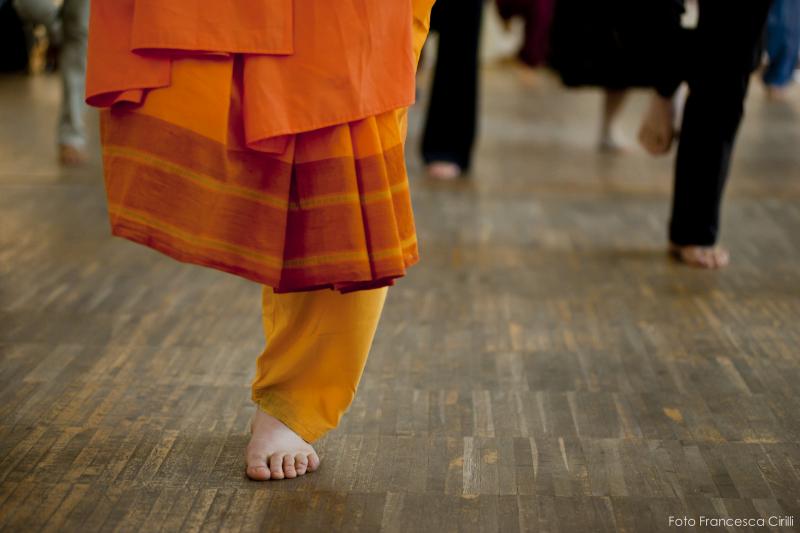 All this to say that if from a purely anatomical point of view the skin may seem the largest but less complex organ – at least to a layman like me -, from a social, psychological, narrative, symbolic and spiritual point of view it is instead extremely articulate: it envelops the person, embodies him, defines him, distinguishes him, puts him in relation with others and with the outside world, because it is there on the skin that life comes to meet us.

But in this being its threshold, the epidermis also refers to our interiority. When, to account for a deep emotion, we say that such a thing “touched us” we are alluding to this: a porosity that connects the outside to the inside, an external membrane that sinks and is imprinted on the inner world, and feeds it. The poet Paul Valéry said that in man there is nothing deeper than the skin. That is, it is in the extreme border that we best reveal what we are, because it is on the surface that things really expose themselves to light. Perhaps for this reason, even today there are those who suppose they can read entire destinies in the lines of one hand.

And speaking of hands … I was writing about the Last Judgment just now. If we now turn our backs to the altar of the Sistine Chapel and raise our eyes to the center of the vault we find ourselves observing that fragment of space that separates Adam’s finger from God’s finger. There are those who read the power of free will in the missed touch. : even if God reaches out, it is up to man to choose whether to extend the last phalanx and close the circuit so that the divine circulates in matter. Be that as it may, what matters here is that the finger hesitates and the space is not filled. How bold, on the other hand, the phalanx of St. Thomas must have been to insinuate itself between the strips of torn skin of Jesus.

As Caravaggio shows it to us, the disciple seems even intent on rummaging through the wound to make sure that there is no deception, more and more inside the skin which is, in fact, the deepest thing there is. Two opposite attitudes, the reluctance of Adam and the shamelessness of Thomas, but basically the same message: the spiritual experience needs the tactile mediation of the body, and the fine sensitivity that my fingertips is capable of also serves to find the divine. Because we do not turn to a distant God, but we always have him in front of us; and if he happens not to see him, it may be because he is too far away, but because he is too close, within skin’s reach. 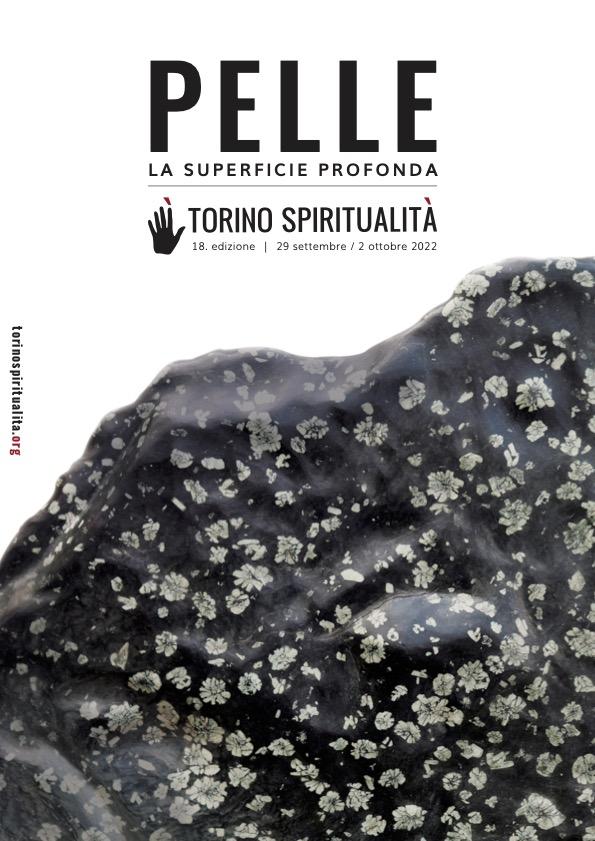 At the end of the 1940s Curzio Malaparte wrote: «Today we suffer and make ourselves suffer, we kill and die, we do wonderful things and horrendous things, not to save our soul, but to save our skin. People believe they are struggling and suffering for their soul, but in reality they struggle and suffer for their own skin. […] It is modern civilization, this godless civilization, which obliges men to give such importance to their own skin. There is only the skin that counts now “(SkinAdelphi, 2010).

Wars change, circumstances change but the concept keeps its relevance. There is only the skin, the tight and perfect skin that does not want to age, the skin violated by the wound and the synthetic skin, the thin, thick, reddened, adorned, tattooed, burned skin, the mirroring skin of the aids touch, the covered skin, the shameless one, the one that changes, the skin of others, the same skin, the different skin. This is why it is important to think about it, and it is worth doing it also by aiming at a spiritual horizon in which “saving one’s skin” and “saving one’s soul” are flaps that can finally touch.

Armando Buonaiuto is the curator of the Torino Spirituality festival.

There is only the skin of