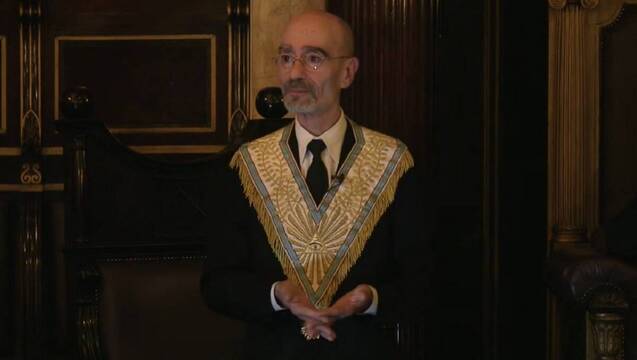 The masonry works diligently to achieve a primary objective for this group: lmake euthanasia legal and transform what is murder into a supposed act of kindness. And the great power and influence that it enjoys in France has been once again revealed in the meeting organized by the French Economic, Social and Environmental Council, an advisory body of the French State, as established in the 1958 Constitution. It can issue its opinion at the request of the public powers or on its own initiative, in addition to intervening during legislative processes presented to the National Assembly.

On January 8, this Council organized a meeting for the 185 citizens chosen at random who have been chosen for the Citizen Convention on the end of life and in which they two philosophers and four representatives of Freemasonry were invited. All of them, curiously, vehemently defended the legalization of euthanasia.

With this unanimity of the pro-euthanasia point presented by the Freemasons and these two philosophers, the Economic and Social Council affirmed wanting to represent “secular spirituality” and thus oppose the opinions against legalization that have been shown by the main religions present in France.

During the interventions of the four Masonic leaders, followed by those of two philosophers who defended very similar positions, they called in turns to legalize euthanasia and assisted suicide, invoking practically identical arguments. Although the first contradictory debate of high quality had been organized the day before, the organizers of the Convention once again questioned the reproach that had already been made in previous sessions: the organization of interventions that brought together people who defended an identical position, and not discussions between different positions or contradictory to highlight the issues.

According to collect Family Chretiennein this meeting organized by this official body it was stated that euthanasia, punishable as murder under French criminal law, would be “a fraternal act at the highest level”.

One of the main objectives was to try to transform the language so that what is a murder is an act of kindness. They asked that the words “euthanasia” and “kill” be stopped. “We would like to reform the word euthanasia, misunderstood, misaccepted by the population,” said the representative of the Grand Orient of France, proposing that it be replaced by “medical aid in dying” and suggesting that, in the Penal Code and the Code of Medical Ethics, euthanasia be treated as a “cause of natural death”.

“In our Judeo-Christian culture,” lamented Catherine Lyautey, Grand Master of the Women’s Grand Lodge of France, interrupting life is still a taboo and one of the biggest prohibitions of our society”. For his part, the philosopher André Comte Sponville, himself “resolutely” in favor of the legalization of euthanasia, asked that his name be changed to “Voluntary termination of life” (IVV), referring to the expression “voluntary interruption of pregnancy” (IVG) used to describe abortion.

“Be careful with words –said Marc Henry, former Grand Master of the National Grand Lodge of France, along the same lines – killing someone is punishable by law, it is murder. A murder is nothing. Is it about killing someone or accompanying them in their death wish? For me, I would not use the word kill, rather I would talk about helping those who have this desire”.

Asked by various journalists about this “meeting” and the absence of divergent opinions, the Economic, Social and Environmental Council defended this election in the name of “pluralism”. Indeed, during the meeting of the leaders of the religions present in France that had been organized by the Citizens’ Convention on December 16, all of them -in the name of Catholics, Orthodox, Protestants, Jews, Muslims, Buddhists- had expressed their very firm Opposition to the plan to legalize euthanasia and assisted suicide. The organization of the meeting with the Freemasons and the two philosophers was supposed to “compensate” for the de facto unanimity that had arisen (the same unanimity that subsequently arose during the caretakers’ intervention) and present a “different” approach.

And so the Council grouped this last meeting under the title of “secular spirituality”, bringing together in fact four Masons and two philosophers. An amazing grouping in more ways than one. Philosophy and Freemasonry are in fact two totally different realities: one is a secret organization born in the 17th century and the other is an ancient human science that is taught everywhere in France and that is based on the use of human reason.

Another highly criticized issue has been the number of invited Masons. During the December 16 meeting, only one religious leader was invited to speak for each denomination or religion. However, to represent Freemasonry there were four people. Behind the claim of pluralism and equality of treatment between the convictions of one and the other hides rather an inequality of treatment and a difficulty in responding to the promise of “contradictory debate” and suspicions continue to grow that the objective of the organizers is trying to get citizens to lean towards a certain direction.

The strong pressure of Freemasonry in favor of euthanasia, “a fraternal act at the highest level”