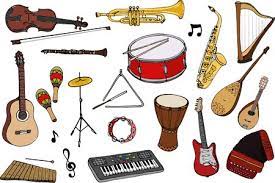 An unavoidable as well as impossible opportunity to make the notes resonate through words, dreaming and trying to cross the music in all its variegated manifestations. Daniele Barbieri, Giovanni Carbone and Mauro Antonio Miglieruolo in the great sea of ​​sound proposals will fish sea bass (i.e. gleanings) monthly suitable to provide an idea of ​​what is moving and is immediately usable by those who turn to music to improve the quality of life . The trio only suggests after those sounds have turned on some light between ears, heart and mind. Traveling with Ntu by Daniele Barbieri

«Ntu» …? It is the “fundamental” Being, god if you will, which includes 4 categories very different from those of the monotheistic religions: the Being who has intelligence; Being without intelligence (therefore nature); the different ways of living spirituality; placing oneself in space and time. Thus in the “distant” 1967 the great Africanist Basil Davidson spoke of his encounter with NTU: the spirituality of a continent – or rather of a part of it – that was trying to get out of colonial oppression by also looking for its “ancestors” and roots severed.

“In the Spirit of Ntu», Released in May, is the beautiful album by 40-year-old South African pianist Nduduzo Makhathini, first title of Blue Note Africa, the record company – and it was now – promoted by the old and glorious Blue Note and by Universal Music Group Africa for the jazz artists of the continent or rather of its sub-Saharan part. In the CD you will find poems and beautiful texts but also timeless drawings and fascinating pictograms.

Those who love jazz know of the ancient and continuously renewed bond with Africa: first the “jungle” music of Duke Ellington, then the writings of Amira Baraka, the travels of Art Blakey (already in 1947), of John Coltrane (but his was a purely spiritual pilgrimage), of Sun Ra and many others. Few, on the other hand, know the splendid music born from the long immersion in the “African-American” intertwining of two great composers like John Carter and Randy Weston. Meanwhile, the South African diaspora fleeing the horrendous apartheid was traveling in the opposite direction: in the lead the great – but “not very jazz” – Miriam Makeba, the trumpeter Hugh Masekela and the pianist Dollar Brand who later took the name of Abdullah Ibrahim. Anyone wishing to know more can find two excellent books by Luigi Onori on the links between African American music and the many Africas.

This tenth album by the pianist and composer – but also a healer, they say – Makhathini is an excellent album, who played in Italy in July but unfortunately I was not there and the strange noises you hear now … yes, I’m still eating my hands in anger. Why live CDs but the great jazz players must, whenever possible, listen to them live.

You can have fun choosing which of the 10 tracks (all of the pianist except one) on the album are more afro or jazz but what matters is – as always – if the music invades feet, heart and head. And here it always happens. Accompanying Makhathini are some young South African musicians including saxophonist Linda Sikhakhane, and the American Jaleel Shaw (also on sax) who takes off with a long solo in the fifth piece. Have a good trip and may the spirit of Ntu be with you.

It comes out on August 5th «I’m The Feeling The Love “the latest single from The Woodgies that is Hannah Leah and Meghan, two sisters in their early twenties of Irish origin, now permanently transplanted to Switzerland. The single precedes the duo’s second album, expected by the end of the year, by a few months.

The two girls, winners of the contest Swiss Rising Talent to the Montreux Jazz Festival, they debuted with the album “Holding Hands” (Escudero Records) last October.

Perhaps they did not expect, as soon as newcomers and with the single that would give the title to the album, published on Youtube (to be able to capture the attention of the public and professionals so quickly, so as to be immediately hired by the Swiss label Escudero Records. The song has been broadcast hundreds of times by various radio stations, has been talked about in many articles in magazines and newspapers, has ripped over 80,000 streams on Spotify. The sisters begin to perform in concerts, on the streets, in clubs, in pubs of Switzerland, France, Ireland and recently they have also reached the southernmost shores of Europe, the land of Sicily. Yet, all normal, one would say, simply listening to the soft melodies, the lyrics full of hopeful glances of the two young women. The music of The Woodgies bewitches, captures, involves. Apparently the soft, sometimes even muffled, dreamy atmospheres, the listening times, the acoustic sounds and the enchanting voices of the two sisters, seem to bring us back to a classic, almost orthodox approach, with the harmonic experiences of Nordic music, Celtic arias. But there is another, profound opening between the notes, which opens up to the world, which builds timbral and expressive research paths that are never predictable. The pieces are enriched with fresh colors, they look like impressionist watercolors hanging on the thread of a staff. The harmonic turns, even though they continuously refer to a precise sound tradition, have a magnetic effect that goes beyond the space of conception, the voices chase each other, dialogue with the instruments, at times they seem to intertwine in a unicum vital, in which time becomes an irrelevant variable, the past is not just an aged present, it becomes the future. And they invite you to listen to more, you realize the magnetic charm of the unmistakable and very personal voices of the two sisters since it is an instinctual act to reiterate their discovery. The journey to which they invite is never exhausted, it reproduces itself as a need for rediscovery, one understands its cathartic ability to transmit serenity, peace. “I’m The Feeling The Love »does not disappoint expectations, moves on the same stylistic wave line, adds a piece of maturation that reinforces the indispensable sound of Hannah Leah and Meghan. TOWe are looking forward to their next album, with the full knowledge that we will hear more and more about them.

I write stimulated by a profane event: the ITA Arwais advertising campaign. Who, to enhance the return to air carriers, presents an excerpt from a composition by Andrea Laszlo De Simone: “I live“. There he is:

The exam honors the expectations that listening to the song arouses on TV. Charm, depth, an invitation to dream. Words and music merged in search of the same thickness. It is not a trivial fact. Music is often placed in a dimension that words cannot reach. Indeed, they often hinder.

It is a wing stroke that projects De Simone upwards. The first of him. From the exploration of the other works I have not found landings made with the ability to move and stimulate the imagination towards places that only the imagination can reach and describe well. However, I found signs of a similar propensity to go further, to use nostalgia and sentiment to captivate. The strength of tradition (the necessities of the trade?) Yoke him to proven stylistic features, from which he does not free himself to open new territories for musical exploration (not yet). Where instead with «I liveWe are beyond the threshold of musical magic.

Here is the text:

But I have no choice or reason

The world is an irrational type

Do as you please

It gives no explanation

Seize the time that remains

Before it stops burning

Even the smallest ideal

That he is trembling with pain / I know it well

Life is long and tight too

But the mind is a good seamstress who sews quickly

Time for a cigarette

Which is good for those who have the cursed moon

And he doesn’t expect life to be perfect

He enjoys what he deserves

Because you die too fast

You know it suits you

That the world is vertical and goes down

Along with your moral temper

Who is afraid of getting old and forgetting

How do you change quickly.

To justify the choice and to dispel the judgments on the distinction between what distinguishes entertainment music from “high” music (also called improperly classical) it is good to point out that the decisive factor is the use of a specific language that is less prone to sound simplifications. in classical music; which is essentially the specific form given to a content, to certain values ​​and conceptions of the world. Whose purpose is to interpret the trends of an era or many eras. Where, on the other hand, entertainment music tends to stimulate the listener’s sentimentality; to appeal to passions and ideology, with simple and immediate language. The first deals with the great themes that serve the growth of the human being who constitutes himself in humanity: it is mediation. The second is kept on the ordinary of daily needs. It would almost be added, and it would be wrong, music of the body and music of the soul. Wrong because the music is all of the body, deriving from the rhythms of the body; and what touches the soul inevitably ends up touching the body as well.

What is decisive is not the context in which the music is formed, the genre it supports or in which it is placed; but the ability, sometimes only occasionally, to access those levels that make people take a step forward; that contribute to that accumulation of (musical) knowledge that will allow those who will come to make a contribution in their turn.

Here is the discovery of this (for me) unknown Andrea Laszlo De Simone, who occasionally accesses this level. Forgive the perhaps imprudent enthusiasm with which I recommend it: I am sure it will enthuse you too.

TO RESENT IN A MONTH … ABOUT

this column is published on micromega.net

One foot in the so-called real world (where he worked as a journalist, lives in Imola with Tiziana, has a son named Jan) and another foot in what is usually called science fiction (he wrote about it with Riccardo Mancini and Raffaele Mantegazza). With the third and fourth foot he jumps from the real to the fantastic: workshops, games, stage readings. You can find it on pkdick@fastmail.it or at home, on 0542 29945; he doesn’t use his cell phone because his guru, his psychologist, his beautician (and the platypus that dozes in him) decided it could harm him. He has a nice namesake who lives in Bologna. Often the two get confused, it’s fun for both of them. For both the anagram “laughs well to booksellers” works (but also “grass, nests and trees” he is not too bad).