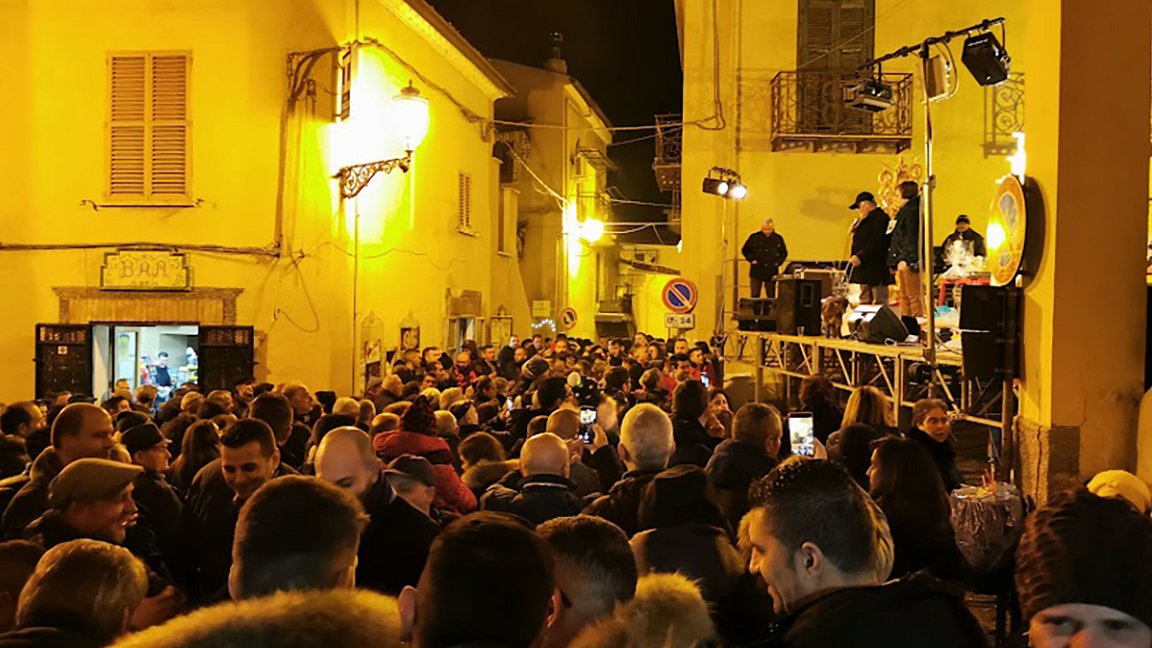 CROPALATI – Anticipation is growing for the patronal feast in honor of Sant’Antonio Abate, protector of animals, scheduled for 16 – 17 January 2023 in Cropalati by the Parish of Santa Maria Assunta led by the parish priest Don Agostino De Natale.

An appointment awaited every year not only by the Community of the Small Country and by the people of the neighboring Municipalities, but also by fellow citizens who live in different parts of Italy and who return to their own Borgo for the occasion.

This year the civil and religious appointments are intensified and particularly attended for the recovery after 2 years due to the suspension for the Covid, and therefore, as per tradition, they began on Sunday 8 January with the start of the novena in preparation for the solemn anniversary of 17 January in the church dedicated to the saint in Piazza Sant’Antonio.

This year the novena focused on the theme “The style of the Sindo: Condecision.” With various appointments: co-responsibility, catechesis and formation, at the school of the liturgy, charity saves us, shared projects, the Eucharist makes the Church.

Monsignor Archbishop Maurizio Aloise is expected to be present on Monday 16 January with the celebration of the solemn mass on the occasion of Christmas Eve.

At 9.45 pm the fireworks are expected, promptly set up around the traditional bonfire and the magnificent lights set up for the occasion, eagerly awaited for their function of aggregation around the celebration of the Saint.

At 10.00 pm, the historic band of Italian music will perform in the square “Il Giardino dei Semplici”. The fundamental characteristics of the complex are the solo voices, the choral falsettos and the strong romantic vein of their music. Their most successful period is located between the seventies and eighties, on the wave of a long series of commercial hits: “M’innamorai”, “Tu, ca nun chiagne”, “Vai”, “Miele”, “Concerto in A Minor”, ​​“Tu, tu, tu”, “Carnevale da buttare” and “And let’s love each other”.

Tuesday 17 January, the day dedicated to Santo, the appointments begin in the morning and will continue until the evening. From 8:00 to 14:00 there will be the ancient and always very involved Fair with numerous exhibitors including the sale of animals. At 10:00 the Procession of the Saint is scheduled through the streets of the Borgo with the presence of the band complex “Città di San Cosmo Albanese” and the Flag-wavers of Bisignano with arrival at the Church of S. Antonio where the Holy Mass will be celebrated at 12.00 .

The afternoon begins at 17:00 with the traditional “Incanti” which attract onlookers and devotees from all over the area, a moment in which there is a competition for donations to the Saint with particular attention to the “Maiu” and the animals. Following at 10.00 pm the concert by Mimmo Cavallaro, Calabrian singer-songwriter, one of the great popular interpreters of all time with his over 30 songs of love, work and spirituality.

The commitment of the Commission of Sant’Antonio Abate led by the parish priest Don Agostino De Natale is commendable, in synergy with the Municipal Administration, which has taken care of all the initiatives in the smallest details so as not to disappoint the expectations of the many devotees to the Saint.

Everything is ready in Cropalati for the patronal feast in honor of Sant’Antonio Abate. Here are the details | EcodelloJonio.it