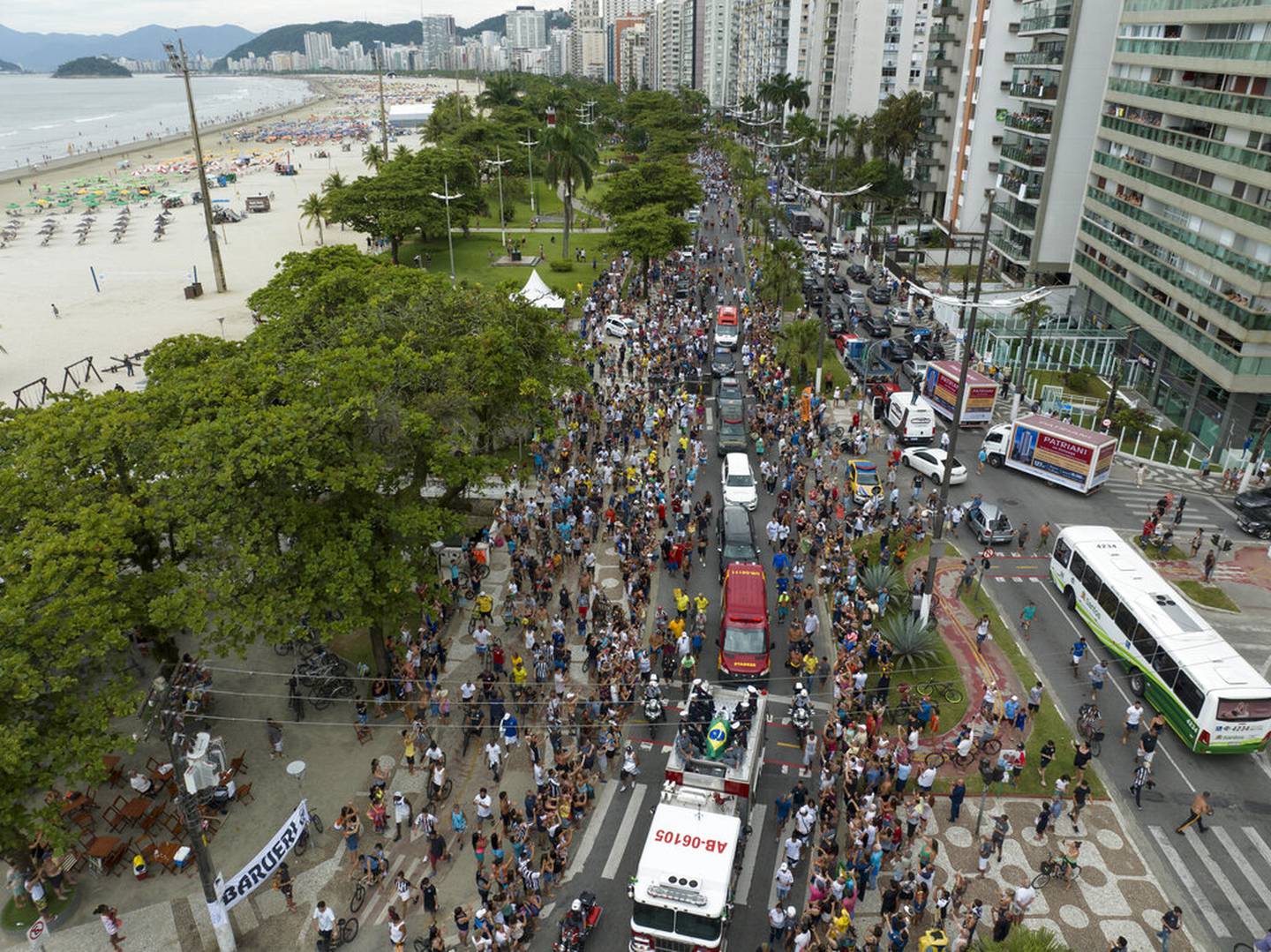 Thousands came out to say goodbye to the legend, the ‘king’, the star. After a massive goodbye, the body of Edson Arantes do Nascimento, ‘Pelé’ now rests in the Ecumenical Necropole Memorial, the highest vertical cemetery in the world.

Only at the wake held at the Vila Belmiro stadium, located in the city of Santos, Sao Paulo, more than 230,000 people attended.

“There were more than 230,000 people, according to what the military police told the club,” a Santos club representative told AFP.

Added to this are the other thousands who took to the streets to see funeral procession and fire him. They left with the coffin from Vila Belmiro to the Ecumenical Necropole Memorial. His coffin was on top of a fire truck. Those who saw him go by watched with admiration how a ‘king’ was fired.

Some cried, others looked in admiration at Pele’s last run through the streets of Sao Pablo.

On the way they made a stop in front of the house of his mother, Doña Celeste, who at 100 years old is still alive, but still does not know that he died. This was one of the most moving moments of the tour.

The highest cemetery in the world

The final stop was at the Ecumenical Necropole Memorial, known as the vertical cemetery with the Guinness Record for being the highest in the world.

Pelé himself chose this cemetery as his last resting place. He bought a niche there about 20 years ago, according to Brazilian media, which in recent days have recalled that on several occasions, he said that he would like to rest there, because it is a place that transmitted “peace and spirituality.”

Only his family and very close friends had access to his grave.

Pelé bought his niche in this cemetery about 20 years ago. In this place rest the remains of his brother Zoca.

who does not know the Ecumenical Necropole MemorialYou don’t even know it’s a cemetery. It looks like a luxury building. Its view overlooks the field of the Vila Belmiro stadium. What better panorama for the ‘king’? It was in the stadiums of the Santos club, where he grew up and was formed as the man that everyone saw shine from the soccer fields.

The Ecumenical Necropole Memorial has been inaugurated since 1991. It has 14 floors. Excelsior published that it has “40,000 square meters, 18,000 niches, wake rooms with rest suites, a restaurant open 24 hours a day, a chapel, and a vehicle museum.” It also has an aviary and a small pond with fish.

After a massive goodbye, Pelé rests in the highest cemetery in the world

Millennials: Faith Online Is No Threat
The Subasio park also lands at the TTG in Rimini
6 new books on meditation and mindfulness
Tweet
Share
Share
Pin