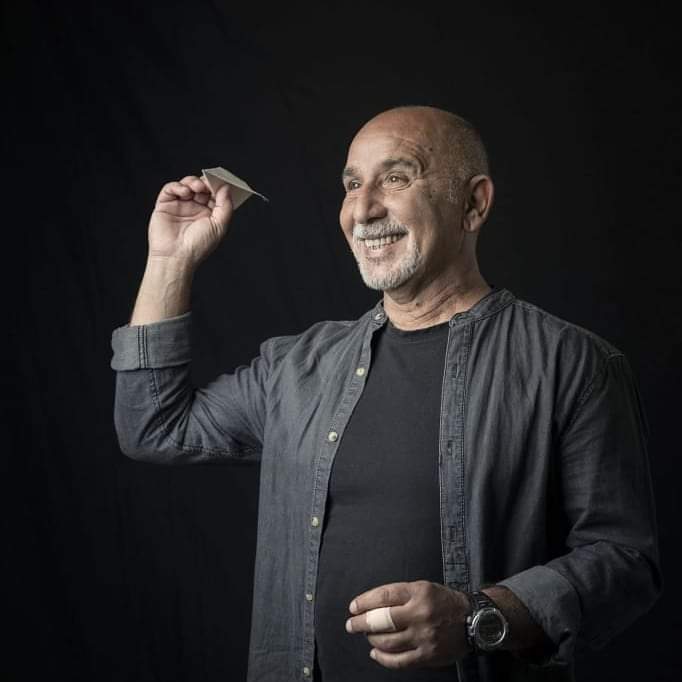 The Palermo actor director and author of plays Paride Benassai is among the protagonists of From Scratch. The strength of a love, drama miniseries by Netflixa cross-cultural story from the actress’ memoir Tembi Locke. Released on October 21st and directed by Dennie Gordon and Nzingha Stewart, the series has been welcomed by international critics and has had an overwhelming success of interactions with over 106 million hours of views, ranking #1 among the most viewed in the world.

Benassai, first Sicilian actor to work in Hollywood, conquered the Mecca of cinema and the audience with his performance of Giacomo Ortolanoelderly Sicilian father rooted in the principles of the land that clashes with the cultural integration and generational continuity of a son, Linen (interpreted by Eugenio Mastrandrea), who falls in love with an African-American student Do you love (interpreted by Zoe Saldana).

«Giacomo Ortolano he is a difficult character – he says Well doneknown for having participated in so many successful films such as Baarìa by Tornatore, Summer time and Seven and eight by Ficarra and Picone, Inspector Montalbano, Just for passion – Letizia Battaglia photographer, La Fuitina Sbagliata – a Sicilian father, rooted in traditions, chauvinist who clashes with his strong prejudice on cultural diversity. He is a man of few words, the gestures and the intensity of gaze I’m his language. The sweetness and love for the son are never explicitly told. It’s a story about pure loveof pain of detachment and of continuity denied. I’m far from him, to enter the role you have to forget about yourself, I identified with the cynically distant father who in the end, however, always welcomes his blood ».

“This series is based on one true storywhich comes from the Sicilian countryside, from the country of Aliminusa in the Madonie (in the province of Palermo) – continues the actor – One of the many anecdotes that happened to me after the release of the series was the testimony Of a resident of Aliminusa who knew the couple really lived, played by Eugenio Mastrandrea and Zoe Saldana. She showed me a photo from the time and, after watching the episodes, she told me she had brought flowers to the cemetery where the couple lies ».

Another anecdote is linked to the Sicilian dialect: “Il dialect Sicilian was the only a not being dubbed in the 130 countries where the series was broadcast. I have received many messages of esteem and pride because many fellow countrymen, especially those who now live far from Sicilythey recognized themselves in our dialect and they felt closer to home. A very funny little curiosity: I taught the Sicilian dialect to Eugenio Mastandrea and now they mistake him as originating from Sicily.”

“Work Hollywood – concludes Benassai – it was a loaded experience emotions, a unique context where I saw a possible world for us actors who feed on cinematographic art. In Hollywood I felt like one fundamental resourcean unknown sensation, the first time I met the director, Dennie Gordonhe asked me how I liked being directed, it was the first time it happened, I was surprised to perceive the tangible love for his actors».

Sicily arrives in Hollywood thanks to Paride Benassai. She is among the protagonists of a Netflix-Meridiones series