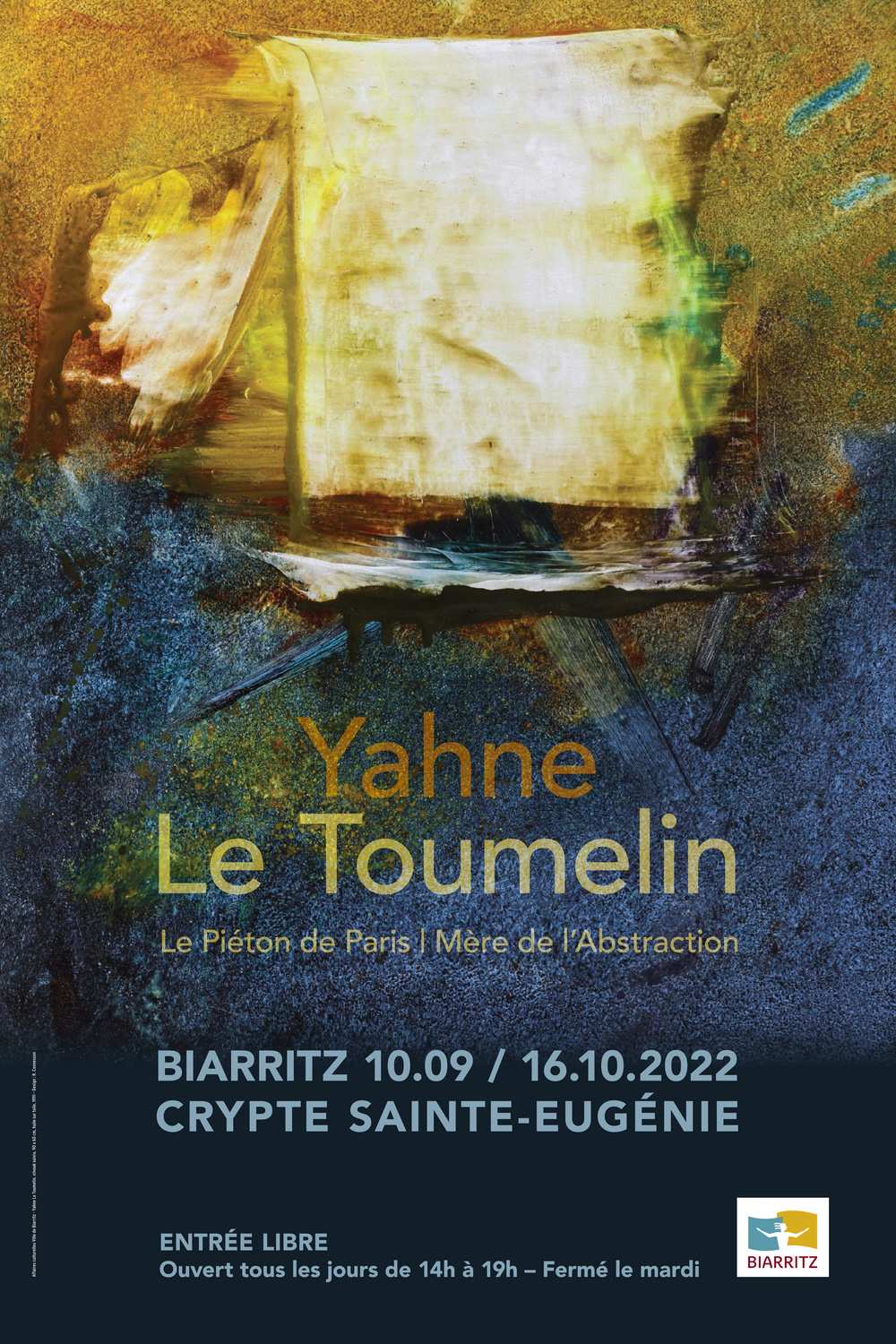 Born in 1923, Yahne Le Toumelin fascinated as much as she was fascinated. His life is made up of great decisive encounters (Pierre Soulages, Maurice Béjart, Kangyour Rinpoché, Henri Cartier Bresson, Zao Wou ki…).

The Biarritz retrospective offers, through some fifty works, a striking panorama of the various periods and techniques of this major artist of the 20th century, a Parisian pedestrian feared by gallery owners and artists.

The exhibition follows a chronological route: his first portraits made in the 1940s, when he learned his technique from André Lhote, and which already show the singular universe of the artist.

At the end of the 1960s, her period of lyrical abstraction – when she discovered India and Buddhism – revealed powerful and generous canvases linked to her artistic research and her spiritual quest.

Press clippings “Le Piéton de Paris” – his pseudonym – name of a weekly column in the New Observer (late 1950, early 1960) reveal another facet, that of an art critic: an uncompromising view of the art market of the time.

The period of the years 1980 – 2010 evokes an abundant period of his life: the light will gradually invade his canvases to overcome the form and become the main subject of his work, in an abundance of colors. A universe that gives power back to the imagination and invites contemplation.

Yahne le Toumelin now lives with her spiritual masters and friends in the Dordogne, where she continues to paint. His last exhibition dates from 2016.

Yahne Le Toumelin, a multifaceted character, is above all a woman painter. She is absent for Tibet the morning of her opening rue de Beaune where all of Paris will admire a new and brilliant figure of Abstraction. She will become a Buddhist nun. His friends Zao Wou-Ki and Soulages feel betrayed. Soulages still keeps him, but very discreetly, his friendship. The big merchants have definitely turned away from her. We do not give a damn about the “market” with impunity. She will continue on her return from the Himalayas to paint with fury and will offer herself these intimate moments of encounter with herself, with the inaccessible… This constant magic of the “thing”, of the other in oneself, of the unexpected, of the truth of her desire, confronts her with this emptiness so common among Buddhists. She will become the most incredible of gestures with a brilliant gift for color. This woman flamed in the fire of passions will be 100 next Yann RENELEAU, son-in-law and right-hand man of the artist.